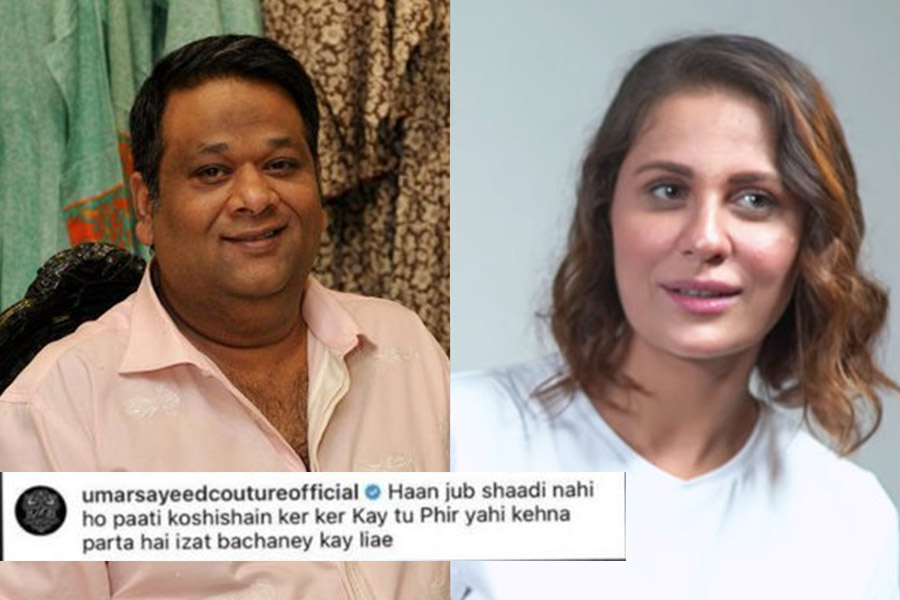 Pakistani model and actress Nausheen Shah took it to her Instagram yesterday to vent on the platform. She expressed her opinion on being forced to get married in the country.

She took it to her stories on the platform and said that the culture of Pakistani mothers that constantly reminds you that you need to get married is nothing less than toxic.

She wrote, “This happens only in this country if you are not married your mother will remind you every day. Shaadi kerlo shaadi kerlo nhi kerne shaadi bhai maaf kerdo Jaan chordo.” 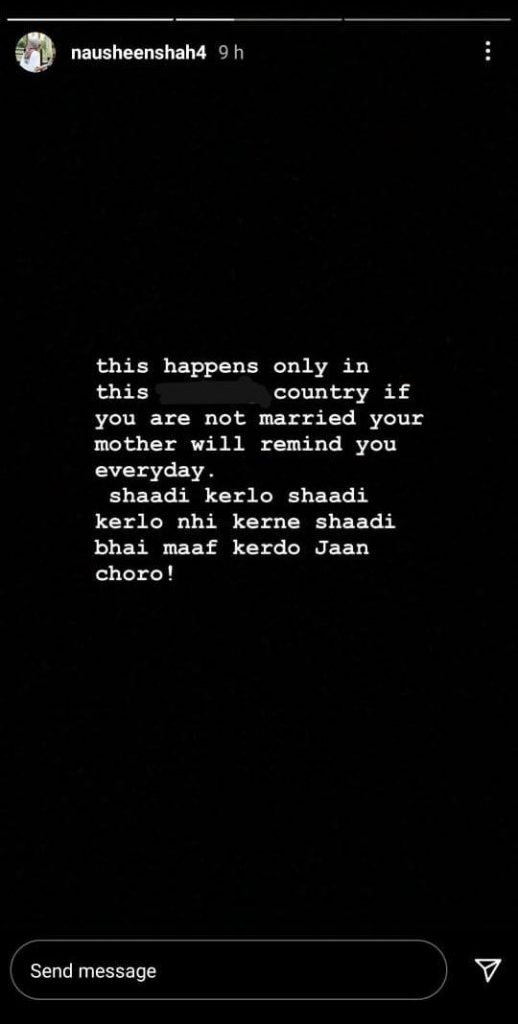 All hell broke loose when Nausheen saw the designer’s comment. In return, Nausheen shamed the designer for his sexual orientation and also mocked him back that this is why he will never get married either. She said, “Now you will tell me what to say and when to stop. you sleep with men Allah maaf keray you are a g*y, ap toh shaadi kerne kay qabal he nhi ho. so please next time think before you speak hope I am loud and clear.”

Oscar-winning filmmaker Sharmeen Obaid Chinoy also pointed out that Sayeed, who makes clothes for women, should be cautious of the comments he had made. 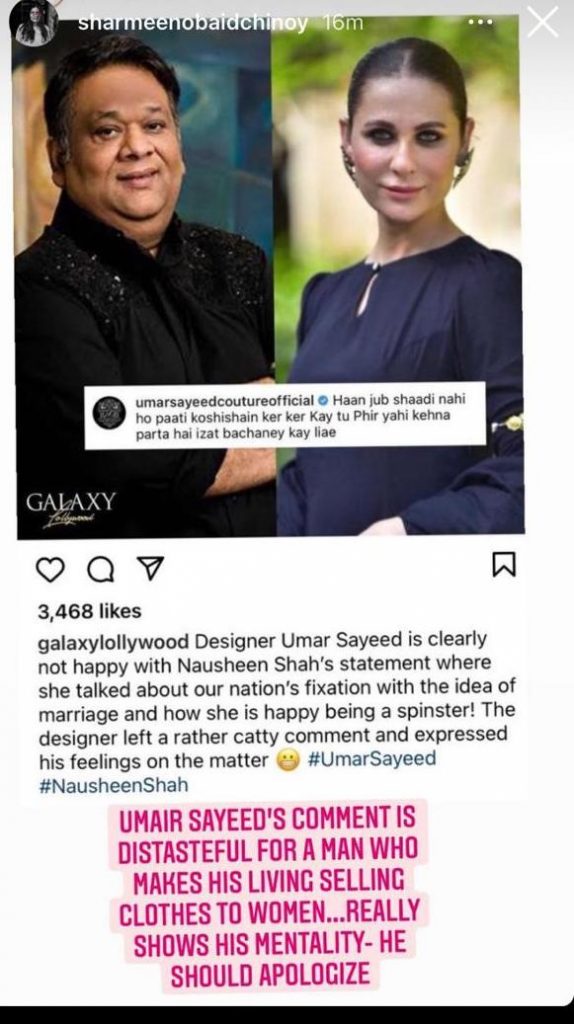 All in all, the two ended up getting stuck in an ugly cross-over on the internet.  Earlier on, Yasir was questioned by the host Vasay Chaudhry on a talk show if there were any gate crashers at his wedding. The star laughed at first and, after being insisted, said, “Our wedding card was on social media, so technically, everyone had it.”

One of the famous personalities that attended the event ‘forcefully’ was Nausheen Shah.” To add fire to the fuel, Chaudhry added, the reason why she must’ve joined you without being invited is that she’s not married yet and would want to have a look at how they are like.

We don’t really know why men in the industry have been targeting Shah on her not being married, but it definitely looks like a repetitive joke. Might we add, not a very decent one.