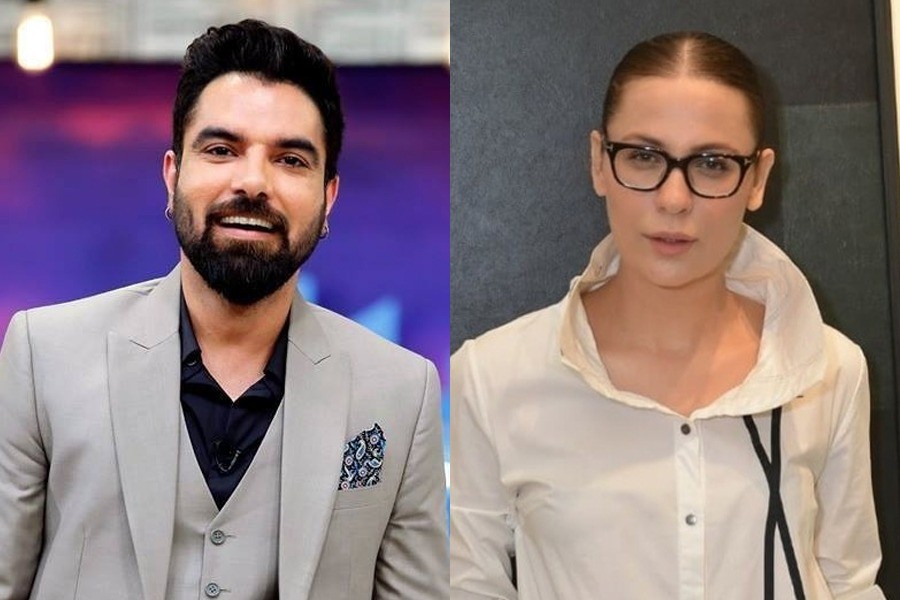 Yasir was questioned by the host Vasay Chaudhry on a talk show if there were any gate crashers at his wedding. The star laughed at first and, after being insisted, said, “Our wedding card was on social media, so technically, everyone had it. One of the famous personalities that attended the event ‘forcefully’ was Nausheen Shah.” To add fire to the fuel, Chaudhry added, the reason why she must’ve joined you without being invited is that she’s not married yet and would want to have a look at how they are like.

Galaxy Lollywood approached Nausheen regarding the matter. The star was shocked at first and then said, “Would anyone go to someone’s house uninvited? I wouldn’t go to anyone’s house if I wasn’t invited, let alone someone’s wedding. A fool is known by his speech and a wise man by his silence. Yasir called me himself and invited me. I feel so sorry for Yasir because, certainly, he has serious memory issues. I also feel really sorry for Iqra. She is taking one for the team.”

Soon after Nausheen’s response, Yasir lashed out on his social media, ready to provide media with screenshots of their conversation by uploading them where Nausheen is begging him for the wedding location. He said the whole system is flawed in talking about the backlash he received after passing on rude comments.

He concluded by saying, “Do not get personal with the celebrity and call them out over their this or that statement. Watch the show, enjoy it and then move on. Don’t get mad over it”.

We hope Yasir realizes it takes blood and sweat for people to strengthen their image in the industry over the years. Someone can’t make such hasty insensitive comments on Tv for the sake of few giggles. Have something to add? Let us know in the comment section below.

Mahira Khan Reveals Why She Attends the Aurat March Every Year

How to Make Mazedar Haleem: Weekend on Wow