Gulzar Hussain: The Physically Impaired Teacher in Parachinar Is an Epitome of Determination & Hope 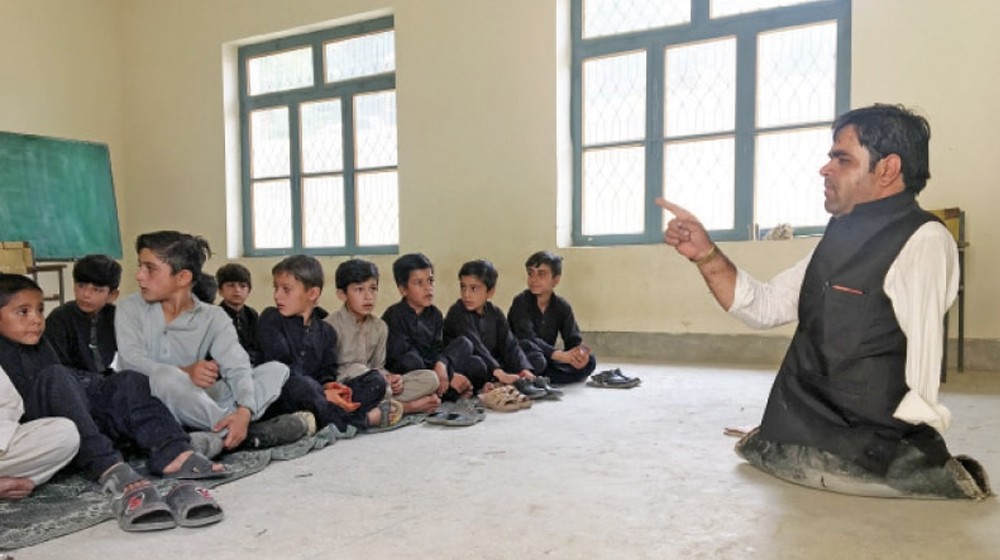 ‘Not all heroes wear capes’, is a saying that suits Gulzar Hussain the best- a 28-year-old, physically impaired teacher, who lost his arm and both legs in a tragic blast in 1999. Despite facing such severe hardships early on in life he did not give up in the face of adversity.

He didn’t only complete his education but became a trained educationist and now teaches at a local school, in his hometown Parachinar.

The unsung hero is a resident of Luqmankhel in Upper Kurram tribal district of Pakistan’s Federally Administered Tribal Areas. He lost one of arms and both legs in an improvised explosive device (IED) blast at a very young age but did not give up on his education. Despite the disability, he tried to live his life like any normal child and succeeded at it.

While giving an interview to a local publication, he once revealed, , “Life is all about moving forward & I do not want to lose interest in life”.

Here is what some Twitteratis have to say in his praise:

Some saluted him for his unfailing efforts.

Meet Gulzar Hussain, 28; A volunteer teacher at local school of Parachinar #Pakistan who has lost both of his legs & one hand in an IED blast in 1999.
He says, “Life is all about moving forward & I don’t want to lose interest in life”.

He is a man of determination. Salute! 💕 pic.twitter.com/Goua2FjoJo

While some called him the bright face of our generation and society:

The bombings in 1999 took Gulzar Hussain's legs but could not take away his determination and courage. He teaches children in a government school in Dis Parachinar.
Gulzar Hussain Sahib is the bright face of our society. pic.twitter.com/i6SRD4kKVu

Many even expressed the desire to help him monetarily and wanted to either get him a wheelchair or reach the authorities for aid.

Mr. Hussain went to school on a donkey’s back to acquire his early education and eventually completed his master’s degree in Islamic Studies. He then received training in teaching and obtained a Primary Teacher’s Certificate.

After becoming a trained educationist, Gulzar started teaching at a local government primary school for underprivileged children in his native village for a Rs. 6000 stipend per month.

However, this stipend was also discontinued after the tribal districts merged with KPK. He hasn’t received his pay for over one and a half year which was previously being paid by erstwhile political agent’s office.

He has earned massive recognition and respect from the parents of children he has been teaching voluntarily and unfailingly. He deserves all the media and public attention, encouragement and motivation he can get for his bravery and positivity.

A ray of light and hope is what this man’s persona is all about. The bombings took his limbs but not his faith, determination and resilience!

One of the students’ parent, Mohammad Rashid believed the government of Pakistan should place him as a permanent teacher with a steady income since he his qualified and duly committed to his profession.

We hope and pray that Mr. Gulzar is recognized for his efforts and reaps the fruit of his hard work, that which he is truly worthy of.

Don’t you think he deserves more than for his efforts and more people need to encourage and empower him?
Let us know in the comments below.