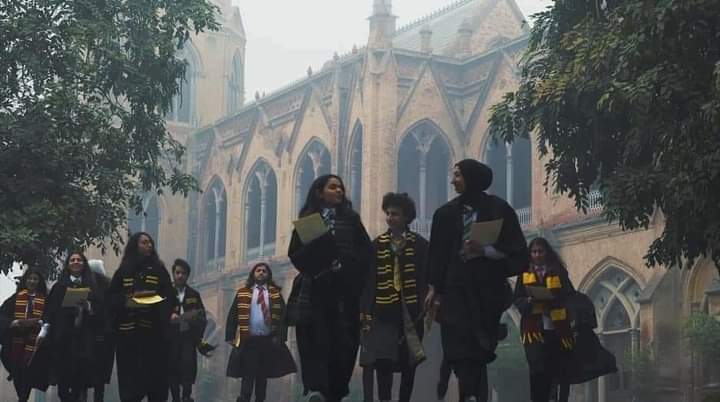 Government College University (GCU) in Lahore has made it to the headlines for a special reason. The university has turned its vintage campus this winter into a magical Hogwarts School of Witchcraft and Wizardry, which has sent Pakistani Harry Potter fans into a frenzy on the Internet.

On the 29th of November, the week-long Harry Potter festival began on campus. Photos of the Harry Potter-themed campus made it to social media on the first day of the festival, which now has become the talk of the town.

This is Harry Potter week in GC University Lahore. pic.twitter.com/uV1114Dvog

The festival held by the university till the 5th of December also signifies the screening of Pakistan’s first Harry Potter fan movie titled The Last Follower and the Resurrection of Voldemort. The film comes after a decade of the release of the Harry Potter film The Deathly Hallows Part-2, released in 2011.

What inspired Khayaali Productions (a group of students from GCU) who produced the film was the journey to discover what occurred in the world of Harry Potter years after the death of Lord Voldemort.

The film was shot at GCU due to its gothic architecture. It was premiered at the Bukhari Auditorium on the first day of the festival and will continue to play for the entire week. Vice-Chancellor Prof. Zaidi said: “Our youth has immense potential, and we just need to provide them opportunities, little guidance, and support.”

Under the festival’s banner, there are movie screenings that will take place the entire week. Other than that, you will spot Harry Potter merchandise, food stalls, face painting, posters. photo booths, and Harry Potter experiential space at GCU Salam Hall.

If only my university would takes notes :/ https://t.co/pJAt6Y2C5d

thinking of enrolling in a grad degree at gc https://t.co/A5oAgGAPNv

This is Harry Potter week in GC University Lahore.#HarryPotter20thAnniversary https://t.co/SxKnd4WL1I

Oh yeah ? Well I spent my university years running away from fires and tear gas and stuff 💁🏻‍♀️ https://t.co/MPjBgmSYVv

Can I join ur college for the week🥺 https://t.co/psK2wob8EX