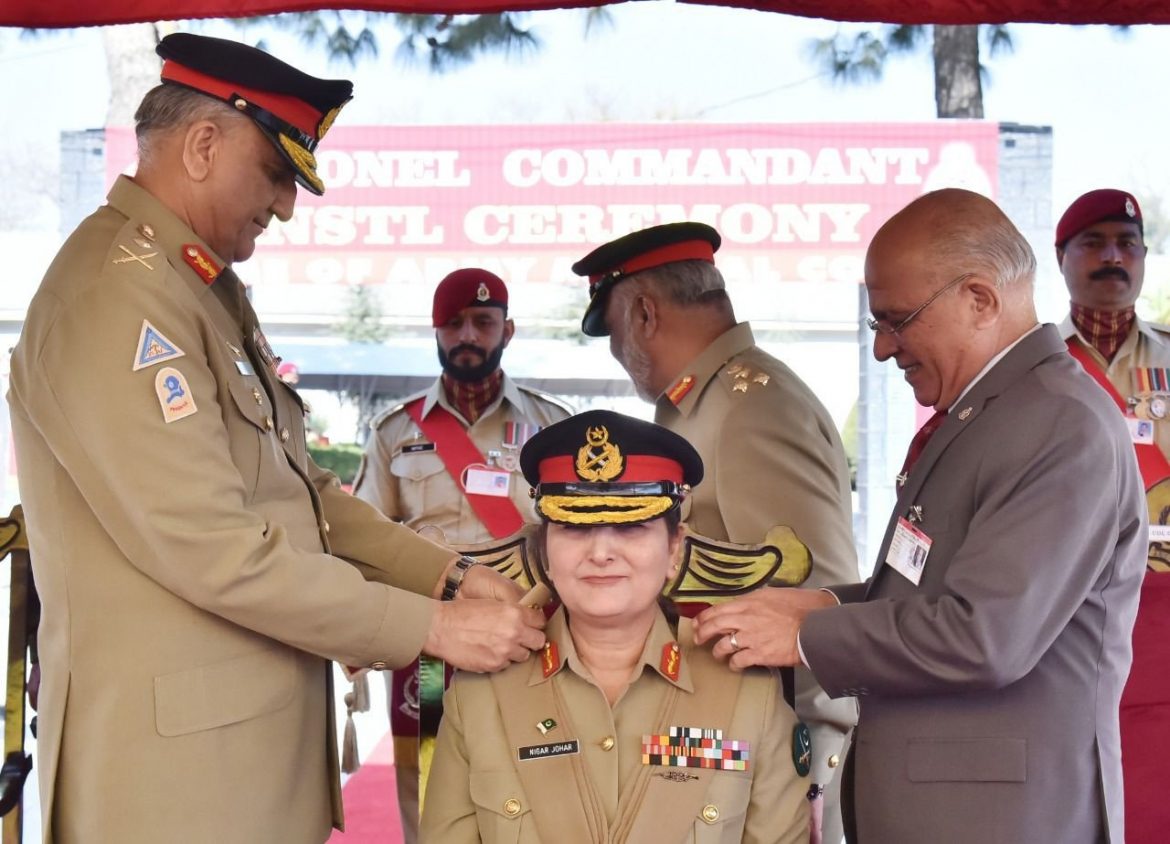 General Qamar Javed Bajwa, who is the Chief of Army Staff (COAS), has installed her formally “as first-ever female general to be appointed as Colonel Commandant of Army Medical Corps (AMC).”

A statement issued today said that the army chief visited AMC Centre in Abbottabad. Upon his arrival, he laid a floral crown at Yadgar-e-Shuhada and offered Fateha.  “[The] COAS pinned the badges of rank to formally install Lieutenant General Nigar Johar as first-ever female general to be appointed as Colonel Commandant of AMC,” it added.

General Qamar praised the offerings of AMC in guaranteeing high standards of healthcare during peace and war.

Speaking at the occasion, he said, “AMC has always answered the call of duty during natural calamities, both inland and abroad. Our doctors and paramedic staff have been frontline warriors against Covid-19 and displaying exemplary commitment and resolve for safety and well-being of the people of Pakistan.”

Lieutenant General Nigar Johar hails from Panjpit, Swabi district, and serves in the Pakistan Army as Commandant Military Hospital Rawalpindi. She has done her matriculation from Presentation Convent Girls High School in Rawalpindi and then graduated from Army Medical College.

She received her Master’s degree in Advanced Medical Administration from Armed Forces Postgraduate Medical Institute (AFPGMI). With her impressive educational background,  she has fulfilled her duties and responsibilities exceptionally.

Last year, General Nigar Johar made headlines around the country when it was announced that she became the third woman in Pakistan’s history to hold the rank of a major general in the Pakistan Army. Today, she has become a role model of empowerment for women yet again after being appointed as the first female Surgeon General of the Pakistan Army. The news was announced by the official social media pages of ISPR in which they wrote.

Iffat Omar Says, “He [Salauddin Ayyubi] is Not Our Hero”.