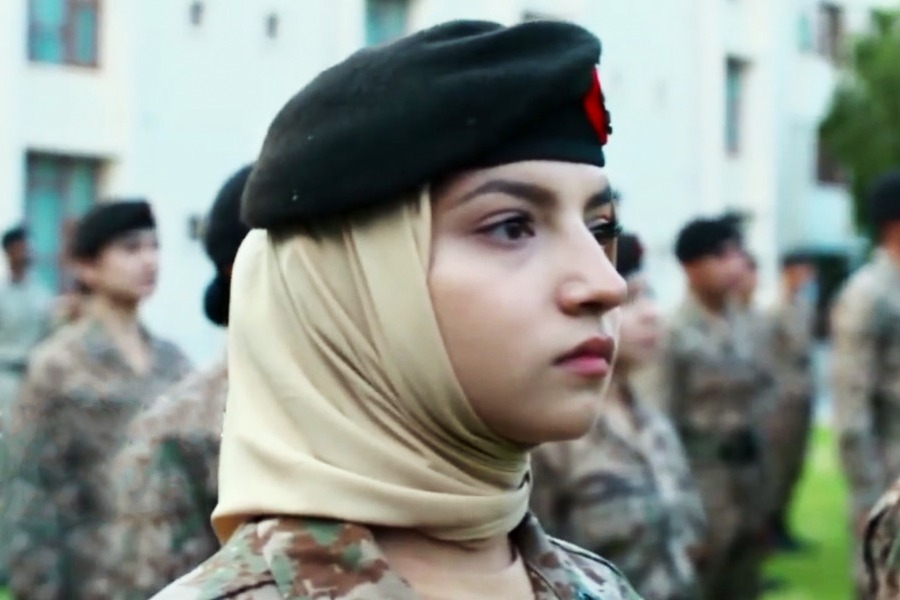 Party girl, Dananeer is all set to make her acting debut in a highly anticipated drama serial, Sinf-e-Aahan in collaboration with Inter-Services Public Relations (ISPR).  Not just Dananeeer, but her father also made a debut in the series.

Currently, there is a lot of hype surrounding the project as it is women-centric and is said to be a women-version of another  ISPR project that came out in 2020 called Ehd-e-Wafa which featured Osman Khalid Butt, Ahad Raza Mir, Ahmed Ali Akber.

“The biggest and most star-studded production of the Pakistan drama industry. A drama showcasing the lives, trials, and tribulations of women who join the Pakistan Army as Lady Officers.”

“An inspirational saga of dreams, perseverance, and comradeship. Stay tuned to witness the journey of these women from Sinf e Nazuk to Sinf e Ahan,” says the caption of ISPR’s Instagram post.  Dananeer’s first look, clad in an army uniform, and a headscarf can be seen in the teaser. Her struggle, passion,  hard work, and dedication can be viewed in the reflection of her eyes. We can’t wait to see her acting debut in the upcoming series.

The first teaser for Sinf-e-Aahan featuring Syra Yousuf, Sajal Aly, Kubra Khan, Yumna Zaidi, Ramsha Khan, and Tashiya Yehali Kalidasa came out on the 10th of November and took social media by storm. The teaser highlights how ‘women of steel’ do not need a hero as she was raised as one. The story is written by celebrated drama writer, Umera Ahmed.

Fans can’t wait to watch this highly anticipated series after the addition of their favorite influencer, party girl. The show will hit our screen soon, on ARY Digital.

An upcoming women empowerment drama called Sinf-e-Aahan has been announced in collaboration with ISPR. It is written by celebrated drama writer, Umera Ahmed. Pakistani dramas have come a long way. It is safe to say that we are producing different kinds of content along with content that highlights women’s empowerment, which is an important subject.