Faryal Mehmood to Star in Film Inspired by Qandeel Baloch 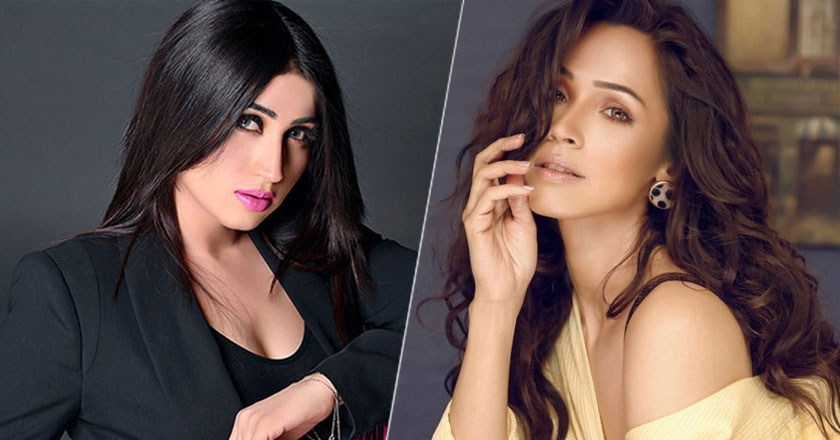 Pakistani films and dramas have received lots of praise so have the brilliant filmmakers and artists who are a part of the marvellous projects.

Reportedly, I’ll Meet You There director Iram Parveen Bilal has another project in the pipeline titled Wakhri (One of a Kind). Moreover, the story will be about women who are considered ‘misfits’ in society just like the slain influencer Qandeel Baloch.

Furthermore, Faryal Mehmood will be the star of the show along with Gulshan Majeed and other well-known social media influencers, as per Variety.

According to the publication, Wakhri’s plot revolves around a Pakistani schoolteacher who accidentally unleashes the power of social media, unabashedly challenging the patriarchy. She tries to keep her online identity a secret but finds herself exposed to society’s dangerous underbelly, and is forced to manage the repercussions.

That’s not all, some of Pakistan’s biggest artists will be lending their magical voices to the film, including Meesha Shafi, Eva B producer Abdullah Siddiqui and more. The production design mastermind is none other than Kanwal Khoosat, and Sacred Games editor Aarti Bajaj will edit the project.

For those who are unaware, Iram is a Pakistani-American filmmaker, activist and entrepreneur. She was raised in Pakistan but moved to the USA for further studies at the  California Institute of Technology.

She graduated with her B.S, honours, in Environmental Science Engineering. Upon graduating, Bilal was awarded a unique opportunity with the Thomas J. Watson Fellowship, a travel fellowship grant that took her around the world.

That’s not all, Iram is also known to be the inspiration behind  Kareena Kapoor’s character name in the movie Agent Vinod!

From 2009, she worked on many projects other than “I’ll Meet You There”, including ‘Detained’. ‘This is Personal’, ‘Piled Higher and Deeper: Still in Grad School,’ amongst others.

We wish Iran and Faryal Mehmood both the very best for this project and hope that it can create the impact it was made for.

Have any thoughts? Share them with us in the comments below.

Google Announces Top Trending Searches of Pakistan for the Year 2022

IYZIL: Female Safety App & Everything You Need to Know