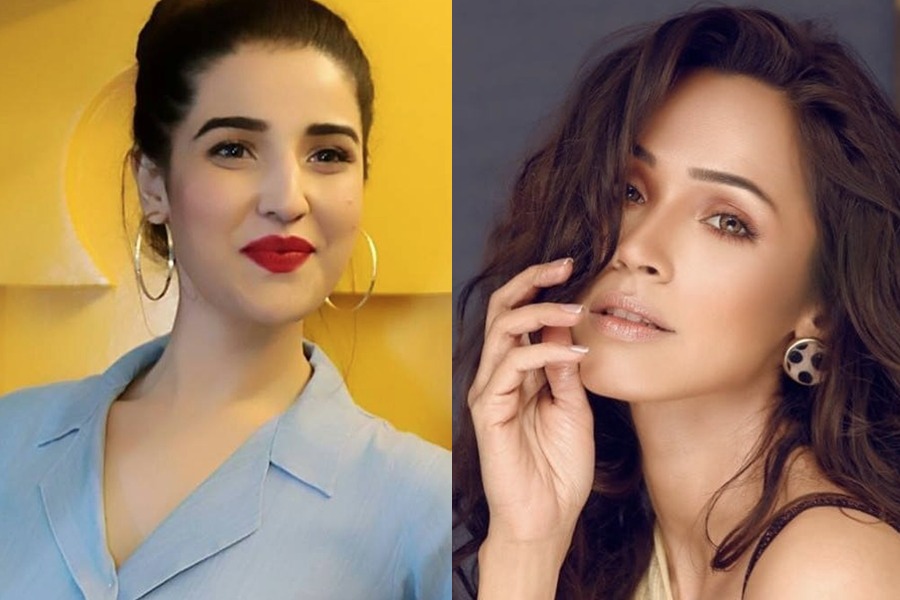 Faryal Mehmood’s uncalled remarks about Hareem Farooq’s weight during a talk show have sparked a debate online on Ahsan Khan’s talk show. The sad part is that Mehmood doesn’t feel her statements were wrong where she blatantly body shamed Farooq because “she’d been fat herself”. Apparently, she thinks it gives her the right to body shame.

On another talk show, Mehmood explained, “They asked me if I had a car with three seats and could only choose a few people to sit in the car with me, who would I choose. The rest were my friends, so I only took their names.”

“The show host then asked whether I would have Hareem in the car with me, and I said no and then cracked a small joke, saying that Hareem wouldn’t fit. Hareem really minded this joke of mine,” said Mehmood.

When confronted by Ahsan, Faryal said her joke was ‘good humor.’ “This was a joke, of course,” she said.

To justify her statement further, she said,  “I used to be fat. Why would I make fun of someone else for this? I was the one who wouldn’t fit anywhere. No need to take this so personally. Just lose some weight. It’s not that hard.”

Khan pushed Mehmood to speak about her views on body-shaming further. “You don’t even have to be slimmer [to do well in the entertainment industry], of course.”

“Yeah, you don’t have to [be slim]. She’s doing so well already,” the actor replied.

“Yes, it is considered bad, but because I have been through the journey, I know what body shaming does. If former fat people make jokes about body shaming, it isn’t a big deal. If I hadn’t already been fat, people could have been like, what does she know? But if I have gone from fat to slim, then yeah, I do know what I’m talking about. I know from firsthand experience that people can easily lose weight,” Mehmood explained.

Body-shaming is clearly a massive issue in our society. However, things have tremendously changed over the years. It is commonly not considered great manners to pass on comments on another person’s appearance, whether it is their complexion, weight, height, and other physical features.

Clearly, in our society, one can’t live in peace even after losing an ample amount of weight. Such statements may cause other people trouble with their mental health, confidence, socializing, etc., so we should contain our negative commentary to ourselves. We hope women, especially in the industry, halt this behavior and refrain from passing on unnecessary comments that would cost the other person their peace of mind.

“Dobara Phir Se” beauty Hareem Farooq is a well-known Pakistani actress and producer. She was born in Islamabad and spent half of her life in Karachi. She started her career in 2012 and was the first female Pakistani celebrity to host Pakistan Super League in 2018.