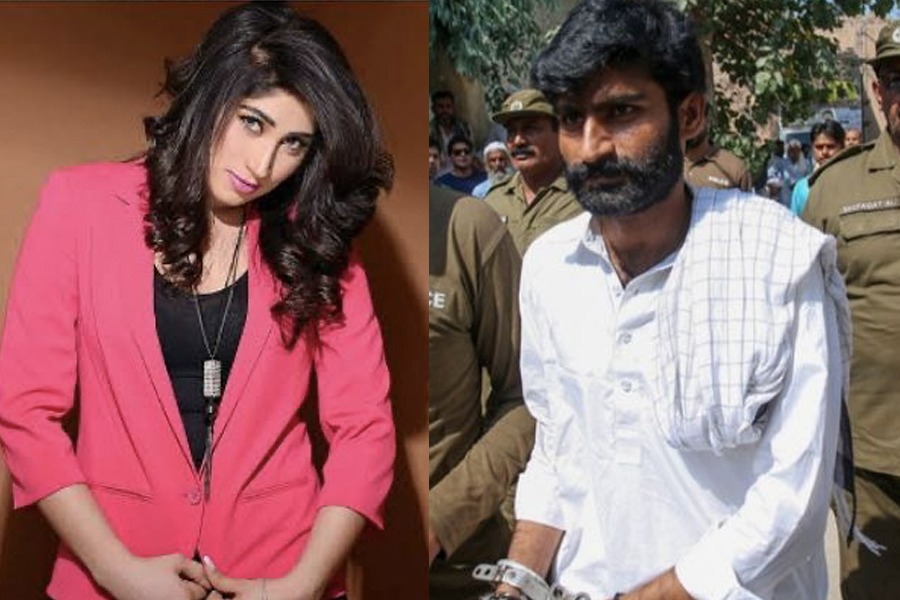 After serving less than six years, the brother of social media star Qandeel Baloch has been set free by the Lahore High Court (LHC).

In 2016, Qandeel, whose real name was Fauzia Azeem, had shot to fame on social media after posting videos and pictures of her, which many would suggest were shameful and immoral. Her brother strangled her in her sleep and confessed in front of the press that he had no choice but to murder her because of her indecent behavior.

The killing of Qandeel Baloch sparked outrage nationwide. Following that, laws were altered that protected criminals who killed women in the name of honor in the country.  In 2019 Waseem Baloch was arrested and sentenced to life in prison for her murder.

On the 14th of February, significant ‘witnesses retracted their testimony’. Moreover, the parents had pardoned him and submitted a statement in court, after which the Lahore High Court acquitted him. The decision has again sparked outrage nationwide.

Pakistani actor Osman Khalid Butt tweeted, “He is on record admitting to drugging and murdering his sister.”

Qandeel Baloch's murderer walks free today after serving less than six years of his life sentence.
He is on record admitting to drugging and murdering his sister.
Someone please make this make sense to me.

The brother who confessed to killing his sister Qandeel Baloch was acquitted today. He was the prime suspect in this case since the murder.

Men here will tell you how bad Valentine's day is and how we should observe haya sharam. They will conveniently ignore femicide in PK.

The brother of Pakistani social media influencer Qandeel Baloch has just been been acquitted of murder after his parents pardoned him under Islamic law, the family lawyer said.

Waseem Azeem was arrested in 2016 when he confessed to killing her for pics she posted online. pic.twitter.com/QMpk5WxuEn

“Shame on those who loved to consumer Qandeel Baloch’s content but also justified her murder. Taking hypocrisy to the next level!” wrote a user.

Qandeel Baloch's brother who killed her for honour is acquitted by a Multan court today after the parents forgave their son.

Shame on those who loved to consume #QandeelBaloch's content but also justified her murder. Taking hypocrisy to the next level!#HonourKillings #Pakistan pic.twitter.com/c3ptvfurli

People are ashamed of the justice system here that does not hold criminals accountable for their crimes. A Twitter user pointed out that this is the same system that has yet to announce punishment for Zahir Jaffer in Noor Mukadam’s murder case.

Qandeel Baloch’s brother has been aquitted by the court even though he confessed to murdering his sister in the name of honour . Keep in mind this is the same justice system who is yet to decide Noor Mukadam’s case.

Reading about Qandeel Baloch's murderer being released despite his confession on record, you can't help but worry about Noor's case where the man was literally caught red handed, and confessed but can still get away. This is just infuriating. https://t.co/4tbxWTZY4x

On the 4th of September, an Indian music video produced by Indian artists was premiered on YouTube for the song Mood Happy. Following the song’s release, many criticized it for plagiarizing Pakistani music videos for ‘ki Jana.’ Sonya, who played the lead role in the music video, was tagged by the director Nabeel Qureshi to have a look at the Indian version.