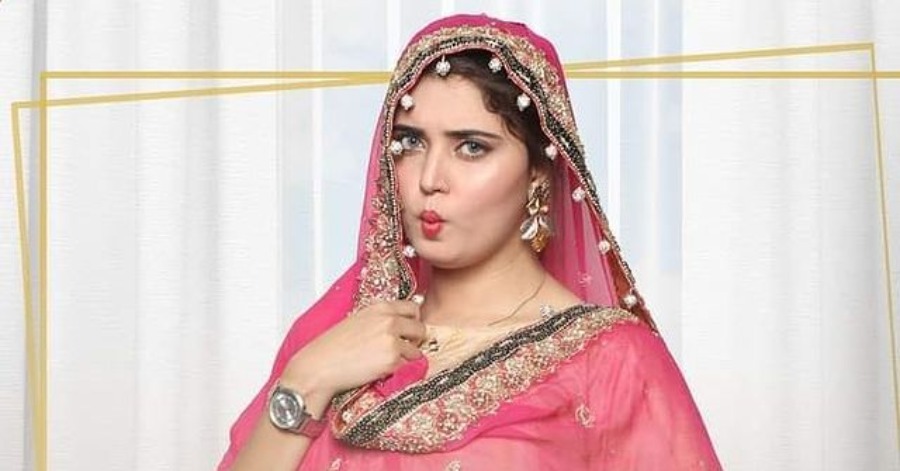 Express Entertainment’s latest series, Oye Moti, is based upon how a woman’s weight is policed in our society when it comes to marriage. Each episode features story of different women stuck in different scenarios where they are fat-shamed. However, they overcome whatever hurdle comes their way by proving their worth to society.

Each episode has a female protagonist who understands her life goals, is strong-willed, and often achieves all her goals. The latest promo of the serial, however, has caught the attention of many on Twitter. This episode will go on-air tonight at 8:00 pm.

It surrounds a woman’s horrifying experience, whose fiance, right after their engagement, announces in front of everyone that her bride-to-be must lose 100 kgs within a year. It is then he will marry her. Otherwise, he will call the engagement off. The show is written by Sajjad Haider Zaidi, directed by Muhammad Iftikhar Iffi.

The teaser is a reflection of our society because such cases tend to happen. Year after year, this toxic culture of choosing women for marriage based on their looks has become a prominent part of our society. After the teaser of the upcoming show went viral, many people on Twitter reacted differently.

People are questioning every bit of this teaser

just imagine the number of people this idea would’ve gone through and they let it happen. they spent money on it and even made a soundtrack that we hear

How many more women will suffer just because someone wants to cash out on this idea?

exactly and like i can just imagine so many women watching this show and internalizing the message. so many parents making their kids’ lives hell because of this

How did they even come up with this idea, though?

We call it oye motti, but in a playful way. Make the title art cute, uplifting, she's pouting, she's a funny gal. But deep down we know for 3/4 of the plot her only chance of happiness with a Nouman is also all she has to live for.

the way they sang oye motti has me wheezing 💀 https://t.co/gcf60b9v9P

This is definitely not OK

Which mf actually wrote the script and thought that this was ok? Oye motti at the end though I can't😭😭😭😭😭😭 https://t.co/aY1YDTfUpC

Failed as a society, Yes!

you know we've failed as a country when we start making dramas like these and ask tiktokers to do the roles.pic.twitter.com/IDMb0z3MTR

Some jokes also made their way while others were complaining

I can help all 'oye motti' squad to lose weight, spriniting and learn some basic kickass tricks only if they promise me they'll stab them 'people who ridicule fat folk' in the guts whenever they get a chance and run and never get caught. https://t.co/1j7OFPdSye

For some people, it is still hard to believe that something of this nature has seen the light of the day

Samina Ahmad to Play Role in a Hollywood Serial