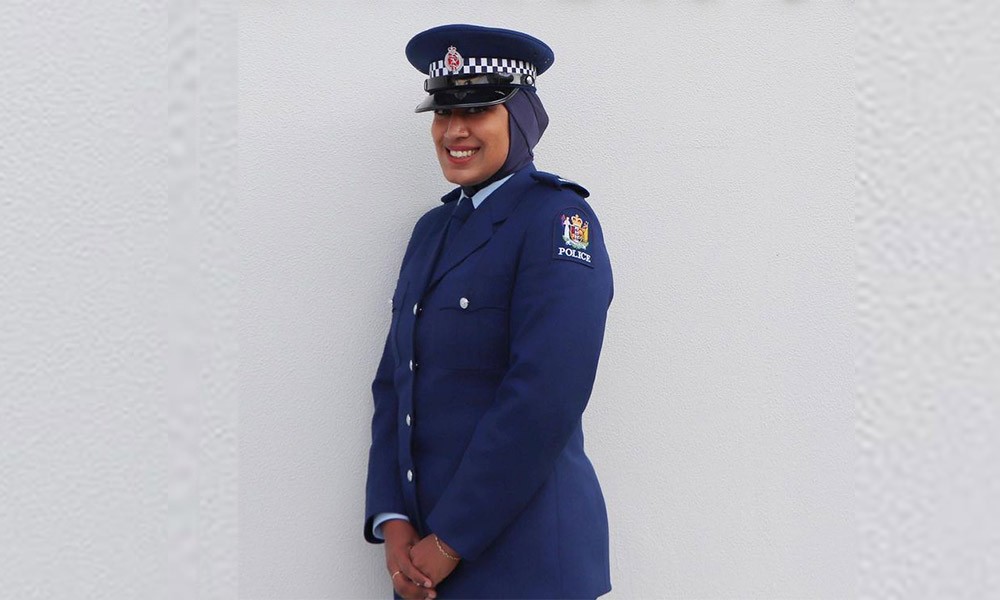 A 30 – year old constable, Zeena Ali, has become the first member of the New Zealand Police to wear a hijab as part of her inform. Ali herself has been part of the process to make this option available to anyone who would like to wear it.

Other efforts made by the Royal New Zealand Police College staff to represent inclusivity were organizing halal meals for Ali during training and setting up a prayer room.

Zeenia added, “When I had to go swimming, I was able to wear long sleeves – a full swimsuit.”  Zeenia added that she was in training when the Christchurch terror attack took place. To show her respect and concern for other religions, she said If I were a constable at that point, I would have gone down to assist the victims and their families.

By adding this headpiece to the uniform, more Muslim women are encouraged to join the force.

“Having a police-branded hijab means women, who may not have previously considered policing, can do so now. It’s great how the Police incorporated my religion and culture.”

She added, “I am thrilled the Police went out of their way to make sure the hijab I have on meets health and safety requirements as well as my own personal needs.”

It definitely is great to witness this moment in history when the hijab is banned in fewer parts of the world.

Others applauded Zeena has her efforts!

Some also thought that this was a remarkable step taken by the New Zealand Police!

On Twitter, people have been sending shoutouts to the New Zealand Police.

Sister Zeena Ali will be the FIRST police officer in New Zealand to wear the hijab as part of the uniform after she graduates this week.
She worked with the police to design a hijab .
Also – a big shoutout to the country of New Zealand for doing so many things right. 🇳🇿❤️ pic.twitter.com/lz3sCw8d5o

If the Afghani woman that was working at the police station when she was attacked shot and stabbed in the eyes by the Taliban at the request of her father, was born in New Zealand. Her life would’ve been much more secure, and her career would’ve been delightful to read as this. https://t.co/I3RSWS2MhB

According to the BBC, other than New Zealand Police, Scotland Police, and Metropolitan Police in London offer a hijab with the Police uniform.  Have something to add? Let us know in the comment section below.