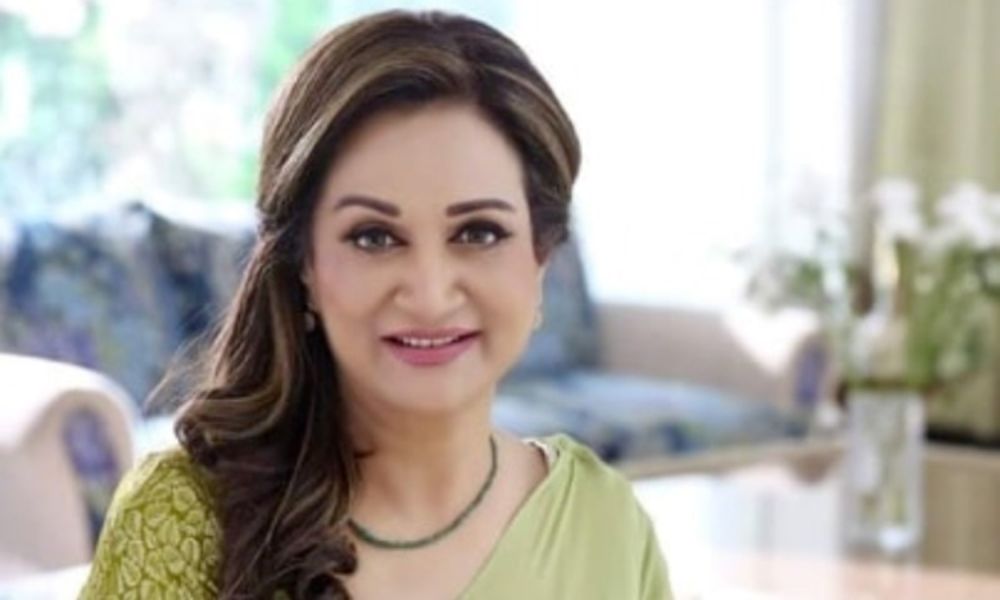 Who doesn’t know Bushra Ansari? She is a powerhouse with multiple iconic television roles under her belt in the Pakistani entertainment industry. Every time the veteran actor speaks candidly on talk shows, she has something of importance to say.

In a conversation with Mira Sethi, she spoke about many important things and some personal. One of the things that she spoke about was her divorce that happened 5 years ago, which she chose to open up about this year.

“While divorce is a solution to escape a bad patch in a marriage, I decided to part ways after 36 years of marriage,” she said.

“This right was provided to me by my father, that I could give the divorce instead of being divorced. It’s not an insult to someone. There was just an issue with regard to his sister at the time, and my father didn’t want me to go through the same. But by the time we got to realize that things were getting difficult and something was up, our kids had already started to go to school,” she joked.  It is important to have the right to divorce for women. Many don’t even know that they can ask for this right at the time of nikkah.

Watch the Clip From Hello! Mira Sethi, where Bushra Ansari speaks about her Divorce, Candidly!

Speaking of how marriages work these days, she said,  “In today’s generation, people generally choose not to have kids still at least five or six years. So you guys have a lot of time on your hands to evaluate your compatibility. I say this both as a good thing and a bad thing.”

She further said, “Bad in the sense that if people continue to wait to be sure and say hmm, let’s see, let’s wait a little more, let’s not have kids right now — then by that logic, no home will ever flourish, everyone’s homes will break. At one point, you do have to give each other a chance. Create a family, experience those joys.”

She also highlighted a significant point saying her decision would not just impact her but also two other people who were her daughters. Hence, she had to evaluate everything before making any decision.”I would think, is this situation better, or the one after? And what if I mess up and they bare the burden of that issue? With this, we spent 36 years. Then our kids got settled, they had their own kids, we (my husband and I) decided to give each other relief.”

She also said, “Very few women are insecure when their husbands are successful. They’re probably happy living in their shadow. But men, on the other hand, get insecure, I guess,” which is a reality of life.

Ansari sounded disappointed when talking about the dramas being produced in the industry these days.

She pointed out that the process of making a television serial has changed vastly. While you are writing, you have to think of many external factors, “The work is restricted by external factors such as artists’ availability, production, budget.”

Let’s hope people such as Ansari revamps the Pakistani drama industry with their meaningful stories.