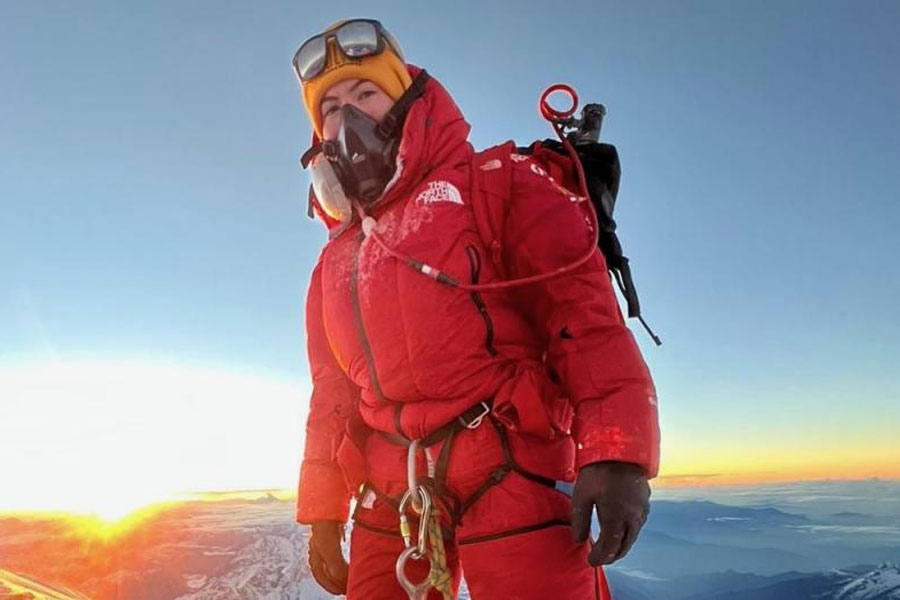 While Brownlee has already scaled the peak, Kashif, who is two years younger than her, is expected to summit the peak by Monday.

Reportedly, the British mountaineer reached the mountain’s peak on Saturday afternoon, in her eighth summit of 8,000 metres or above a high mountain in the quest to scale all the highest peaks.

Both the young climbers have the vision to claim the title which currently belongs to Nepal’s Mingma David who set the record at the age of 30 years and 166 days, who has successfully summited all 8 thousanders.

While Kashif plans to complete the remaining 5 summits by year-end, his plan may witness an unforeseen change due to the lack of support,  funds and sponsorship. Whereas Brownlee, who was accompanied by other foreigners including Gelje Sherpa during the summit of Nanga Parbat will move to the Broad Peak.

The other foreign climbers to summit Nanga Parbat on Saturday include Sanu Sherpa and Naoko Watanabe. Earlier, Norwegian Kristin Harila and Taiwan’s Grace Teseng, along with a team of five Nepali climbers had summited the mountain.

While we are super proud of this young woman we also wish Kashif the very best for your adventures and hope that he receives the help and support he deserves to claim the title which has always been his dream.
Until then, stay tuned to WOW360 for more news and updates.
https://wow360.pk/samina-baig-naila-kiani-to-become-the-first-pakistani-women-to-climb-k2/
Adriana brownleemountaineernanga parbatpakistanshehroze kasshif
0 comment
0
FacebookTwitterPinterestEmail

3 Effective Organic Masks for Hair Growth Pakistani Women Must Use

‘I Got Addicted to Cocaine After My Cricket...