Sunday, June 26 2022
Top Posts
3 DIY Hotpot Recipes You Can Make at...
5 Tips to Keep Your Hair Sweat-Free During...
Fawad Khan to Make Debut in Ms Marvel...
“Women Can Accomplish Anything They Set Their Mind...
TikTok Releases First Album of Viral Hits
Mehwish Hayat Makes Her Debut as a Djinn...
‘Girls are No Less Than Boys’ Says Pakistani...
Punjab Government to Provide Scooties to All Female...
Is Akshay Kumar’s Upcoming Film ‘Raksha Bandhan’ a...
On This World Music Day, Spotify Celebrates K-Pop...
CultureEditors' Picks 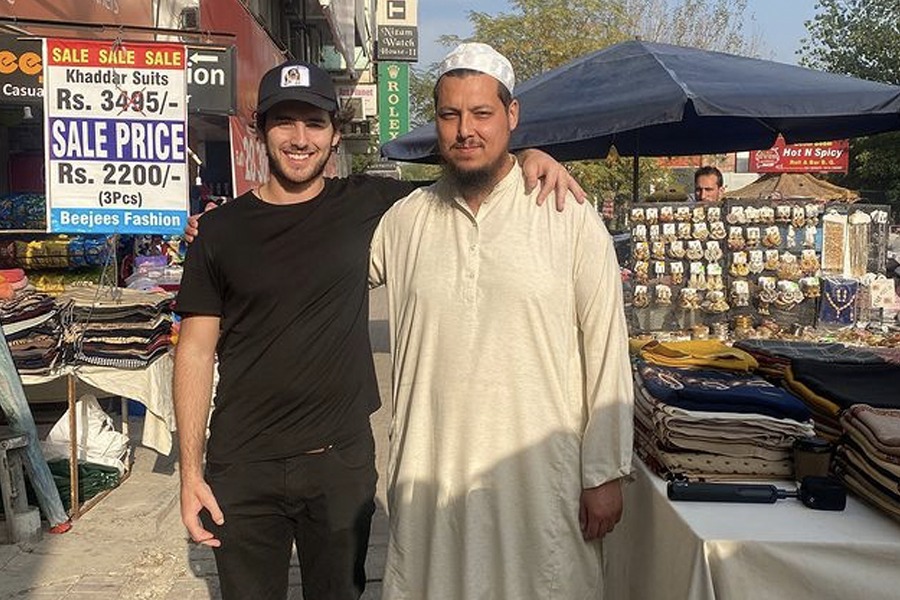 Australian YouTuber, Luke Damant, who is currently in Pakistan, has a special appeal to  Prime Minister Imran Khan. In an Instagram post, Luke has addressed PM Imran Khan to assist his friend, “Pakistan’s Kindest Man,” with his Computerized National Identity Card (CNIC).

Luke’s Pakistani friend, Amar, who runs a small business in Jinnah Super Market, has expressed in his videos that he hasn’t been able to get a Computerized National Identity Card (CNIC) from NADRA.

He wrote in his post, “This is my friend Amar, he’s also known as “Pakistan’s Kindest Man” after his hospitality was shown to millions around the world, highlighting the truth about Pakistan and the friendly people here.”

Luke revealed how he first met Amar, “I first met Amar whilst walking down the street in F-7 Jinnah Super Market where he asked if I wanted a new nose ring. After pondering on the idea, I decided to pick one out, and when I asked for the price, he refused payment. Amar then went on to take me to a local shop where he paid for what is now my favorite food in the world… cheese paratha.”

He said he’s kind-hearted, and he may run out of characters if he starts to write about how genuine Amar is. He said, “I have countless stories of Amar that display his kind-hearted nature, but I genuinely will run out of characters on this post if I begin writing them all down. The western media has lied for years about Pakistan, thus tarnishing the country’s reputation. But Amar has proven all these lies wrong with his kindness being broadcasted to over ten million people online, showcasing the truth about Pakistan and the real hospitality this amazing country offers.”

He then began explaining that “Amar was born and raised in Pakistan, on paper, he isn’t actually a Pakistani because he still doesn’t have a Pakistan NIC Card.”

How Difficult it is for People in Pakistan without CNIC

Luke highlighted how difficult it is for Amar to live his daily life without CNIC. He wrote, “Without this ID, he can’t buy a motorbike, he can’t purchase things in his name, or do simple everyday things that most people in the country have the ability and right to do.”

Luke didn’t clearly mention the problem with Amar’s documents that he isn’t getting an ID. However, we know that people have encountered issues with NADRA previously, and cases have been resolved. Let’s hope Amar’s case also gets highlighted in media, and he finally gets an ID card.

Pakistan’s tourism industry is flourishing with each passing year, which is no secret. While locals make their way to the northern areas of Pakistan, international tourists have also been spotted enjoying the yet-to-be-discovered beauty of Pakistan by travelers abroad. An Australian YouTuber Luke Damant made his way to Pakistan after spending ample time in India a year ago.