Atif Aslam Opens About His Fight With Bollywood’s Asha Bhosle 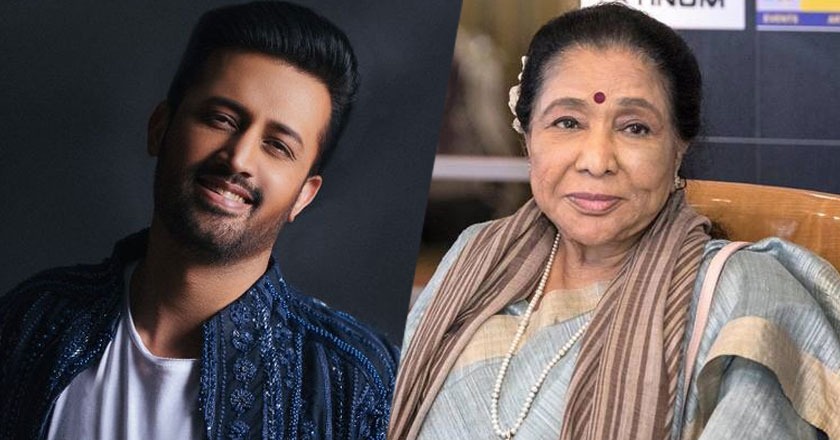 Atif Aslam is not just loved in Pakistan, the crooner has made a name for himself across the borders and around the world.

From ‘Jal Pari’, to ‘Beinteha’, ‘Doorie’ to ‘Main Rang Sharbaton Ka’, he has a number of hits associated with his name.

When he was actively working in India, he was invited to a competition in which there was a Pakistan vs India format.

Despite the face that Pakistan won under his leadership, it was very obvious that there was a rift between Atif Aslam and Asha Bhosle throughout the competition.

The ‘Tajdareharam’ crooner recently opened up about it. Atif revealed that all the rifts in Indian reality shows were for real.

I had a rift with her in the start because of the show which we were doing, it was not a very friendly relationship and it went on, for some time. Actually, her daughter was my fan and that is why she called me and said that my daughter says that why do you always fight with this handsome guy, if I can like him, can’t you like him too, after that statement of my daughter, I have forgotten everything and now I like you, it was so big of her which won my heart.

All those rifts used to be real and we had to shut the recordings in between the show for four to five hours, we used to resume the recordings of the show after the requests of directors and producers.

During the interview, Atif added that Pakistan gave him fame and he got his first recognition when ‘Aadat’ and ‘Woh Lamhe’ became hits, after which Mahesh Bhatt called him to India. There he also received love and got a chance to make waves, and became a global name.

Firstly, I’d like to point out that I got my first recognition here and not there. My album was first released here and when Aadat and Voh Lamhe got hit, then Mahesh Bhatt called me to India,

Of course, their media has a huge impact globally, it’s bigger than ours and so there was another layer to the stardom. I’d credit them for marketing my talent in a way that made me a superstar. For example, if someone in Fiji is listening to me right now, that credit goes to Bollywood for sure. I had a lot of fun working in Bollywood while representing Pakistan and even today, there’s an acknowledgement of my work there. Sometimes it comes from Twitter or when an artist puts up a tribute for me in the comments.

The host, Ahmed Ali Butt, mentioned that even Indian singer Arijit Singh mentioned how he loves Atif’s songs during a concert. “That’s his generosity, and he even sings a few songs of mine in his concerts. He likes them.”

What do you think about Atif’s rift with Asha? Share your thoughts with us in the comments below.