Sunday, June 26 2022
Top Posts
4 Antioxidants That Your Skin Needs if you...
5 Ways to Prevent Ovarian Cysts in Women
3 Lassi Recipes to Beat the Heat in...
3 DIY Hotpot Recipes You Can Make at...
5 Tips to Keep Your Hair Sweat-Free During...
Fawad Khan to Make Debut in Ms Marvel...
“Women Can Accomplish Anything They Set Their Mind...
TikTok Releases First Album of Viral Hits
Mehwish Hayat Makes Her Debut as a Djinn...
‘Girls are No Less Than Boys’ Says Pakistani...
FeaturedNews 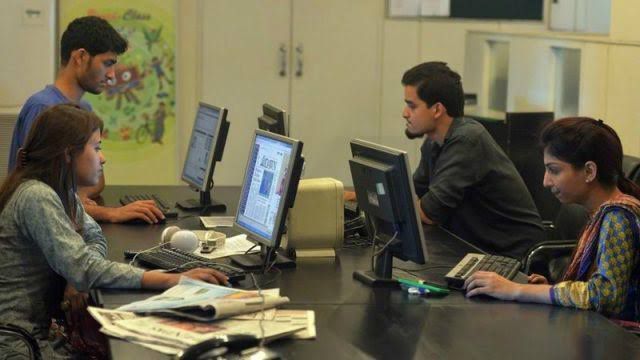 The fact that 31% of youth in Pakistan with degrees are unemployed comes as a piece of shocking news after PIDE’s released its report.

Pakistan Institute of Development Economics (PIDE) has released its latest report, and the findings say that 31% of the youth with professional and other degrees are unemployed. A huge part of this equation comprises females (51%) while males stand at 16%. Another revelation is that rural graduate unemployment is much higher than urban.

More women living in urban areas are unemployed than living in rural areas and men. It is pertinent to mention that nearly 60% population in Pakistan is under 30 years of age. The research conducted by PIDE states that a major percentage of the working-age group is not part of the force mainly because either they have means of income or are discouraged workers.

Speaking of the female labor force participation rate (LFPR), it is shockingly low despite initiatives. The report suggests that it will take one decade to employ all the youth in Pakistan. While education is regarded as key to all the answers and a door to new opportunities, the stats suggest otherwise.

Public employment – civil and military are known to provide better jobs in Pakistan with a more satisfactory pay. Services is the largest employer in the country, with retail and wholesale trade the largest segment in the urban areas. At the same time, agriculture employs the majority of the people in rural areas. Only 8% of the labor force is in the construction industry in urban and rural areas.

In Pakistan, 77% of Female Doctors are Unable to Practice Medicine After Getting their Degree, Shan’s Latest Ad Highlights this Social Issue. Read the full story here:

Shan Food’s latest ad highlights the social issue of women doctors not practicing medicine after receiving their degrees. This is due to the social-cultural barriers that limit women from entering the workforce or at times having to drop out because of societal or family pressure. As per the stats disclosed by the Pakistan Medical and Dental College, females make up 60% of the students graduating from medical college.