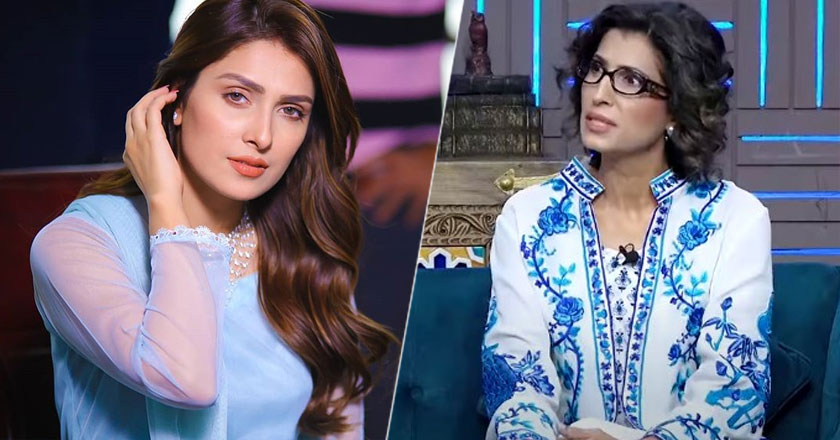 Did former supermodel Vaneeza Ahmed take a dig at Ayeza Khan recently? Let’s rewind what happened. Ayeza Khan is one of the Pakistani celebrities who has the most following on social media.

Nowadays, social media is a vital tool in empowering individuals, sharing awareness and thoughts with the younger generation, and making a huge difference.

On and off we have seen celebrities raise their voice for many causes, including Mahira Khan, Osman Khalid Butt, Hadiqa Kiani, Mehwish Hayatt, among many others.

However, Vaneeza Ahmed, in a recent interview pointed out that influencers and celebs who have around 12 million followers have no contributions towards their country.

Although Vaneeza never directly took Ayeza Khan’s name, actor Nauman Ijaz pointed out that Ayeza Khan is the only actress with a big following.

We have seen many celebrities step in, asking people to donate to the floods, they themselves have shown their contributions, and many of them were even on-ground meeting the families that have been displaced.

However, nothing of the sort has been seen on Khan’s social media lately. A few days later, Vaneeza took it to social media to clear the fact that her statement was not directed towards Ayeza, but a new-age TikToker. 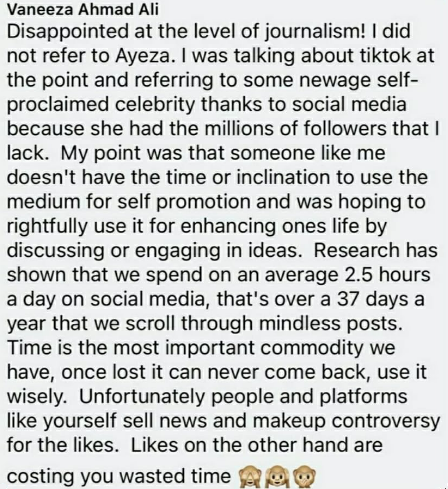 On the other hand, Ayeza Khan stunned on the red carpet at Hum Awards 2022 and took a trophy home for her performance in the drama serial Chupke Chupke.

Khan donned an Abhinav Mishra creation; a mirror-worked lehenga choli and matching dupatta that she threw on like a cape.

Do you agree with Vaneeza’s statement in regards to Ayeza Khan not having any contribution? Share your thoughts with us in the comments below.