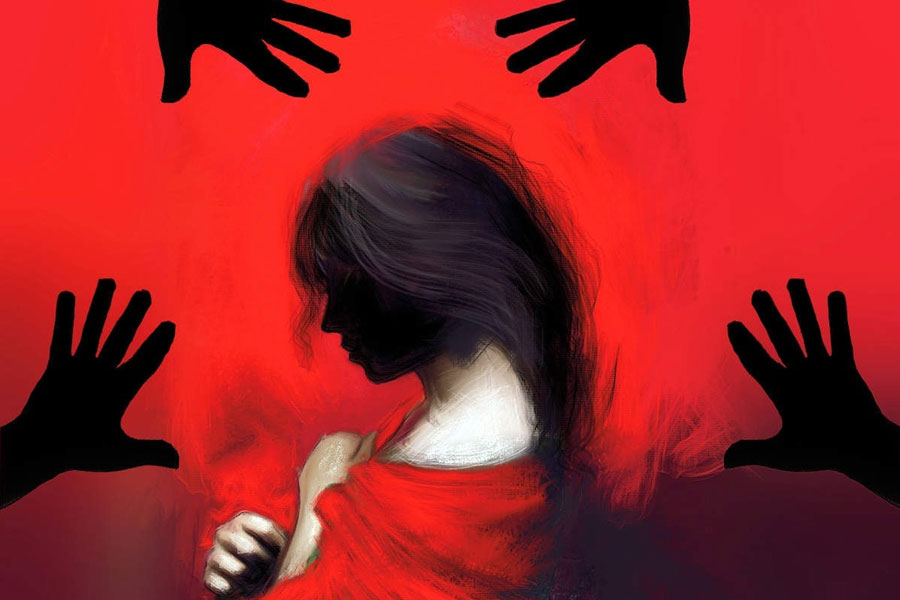 A spine-chilling video has been making rounds on social media lately. In the video, we can see a gipsy woman in need of help, and a young boy, who appears to be her son is trying to come to her aid.

Moreover, the disturbing video also shows that not only was the woman beaten up, but her clothes were torn as if some animal had been let loose on her.

According to reports, an influential family had beaten up the woman because she had allegedly damaged the lawn in front of their house.

This incident took place in Lahore’s Muslim Town. Social media users demanded that the woman should be given justice for such barbaric behaviour against her.

Reportedly, her son was also beaten up by the family. We also see someone trying to drag away the boy from his mother.
Passersby had intervened during the chaos and tried to cover the woman’s body by putting a piece of white cloth on her.

The IG office has taken notice and ordered the Lahore police to take stern action against the suspects.

They had replied to Twitter user Shoaib Qadeer who had shared the video of the incident and tagged the authorities urging action against the culprits.

Moreover, he questioned the authorities if needed action as the culprits belong to a political family.
We hope that action is taken and the woman and her son get the justice they deserve.

What are your two cents about this incident? Share your thoughts with us in the comments below.
Stay tuned to WOW360.

How Being Raised in a Toxic Household Negatively Influences Children