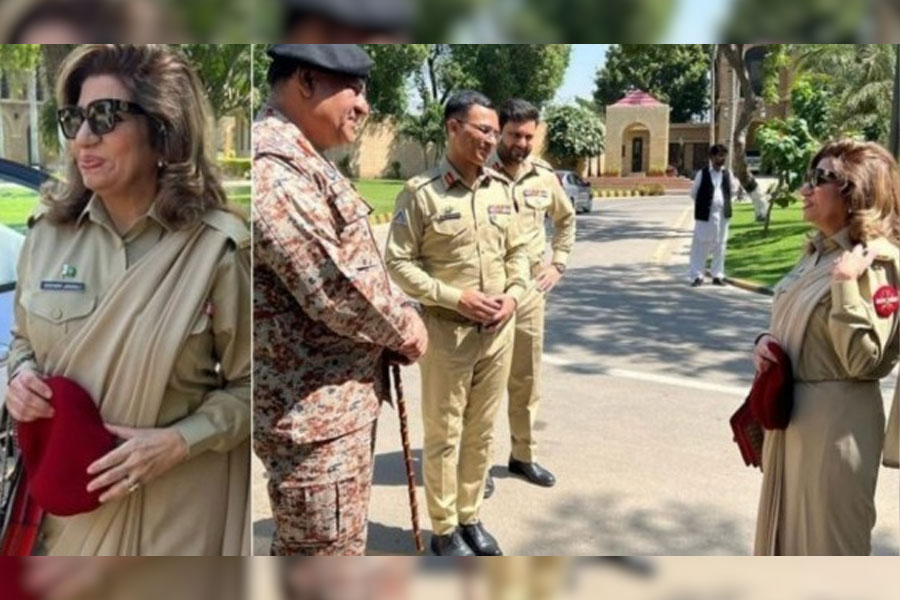 Former executive director of Jinnah Postgraduate Medical Centre (JPMC) Dr Seemin Jamali has been bestowed with the honorary rank of ‘Lieutenant Colonel’ for her services and contributions to Pakistan’s health system.

Dr. Jamali is known for her discipline, devotion, and diligence. For her patients, she is the ‘Iron Lady’ who has given a new life to countless individuals and their families. They also call her ‘bullet lady’ and ‘bomb-proof lady’.

According to those who know her best, she has never moved a step backwards and has always led from the front. Be it victims of bomb blasts, or targeted killings, or patients during the pandemic, she has always been there for everyone.

“The city of Karachi once badly affected by violence owes a lot to Dr Seemin who saved countless lives in the JPMC’s emergency department by relentlessly working in those testing times,” recalled a colleague.

Dr. Seemin Jamali is also widely known to be a ‘trendsetter’ in the health sector. She joined JPMC as a medical officer in 1988 after completing her medical education in Nawabshah and a house job at Civil Hospital Karachi.

How to Prevent and Treat Dengue Virus: 5 Home Remedies

She received her advanced degree in public health management from Thailand in 1993 and was appointed in charge of JMPC’s emergency department in 1995. She then pursued her post-doctoral fellowship in public health policy and injury prevention at the Johns Hopkins School of Public Health, Baltimore, US and received a scholarship. Dr Jamali became the hospital’s joint executive director in 2010 and then executive director after 6 years.

A bomb blast incident in 2010 occurred at the door of the hospital’s emergency department with several injured. This incident motivated her to transform the unit into a state-of-the-art department with public-private assistance. Dr. Jamali is also a recipient of the Tamgha-e-Imtiaz among many other awards and recognitions.

We salute her for her dedication to Pakistan and its people.