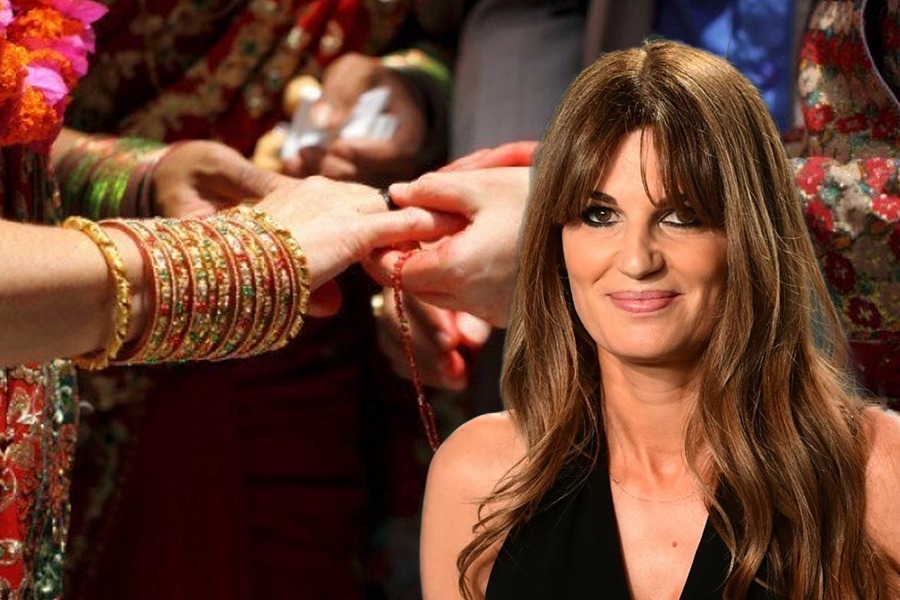 Pakistan’s prime minister Imran Khan’s ex-wife, Jemima Goldsmith, asked an odd question on Twitter today. In a tweet, she wrote, “Question for Pakistani Twitter: What is the best contemporary Pakistani pop song please that would play at a wedding?”

To consider that she would receive straight answers to her question is an understatement.  Naturally, Pakistani Twitter took its natural course. All sorts of hilarious answers were given, whether it was about inflation or referring Jemima as bhabhi (even though she left Pakistan a long time ago), posting memes, and asking her to return to Pakistan.

Question for Pakistani Twitter: What is the best contemporary Pakistani pop song please that would play at a wedding?

We strongly believe that Jemima is in the post-production phase of her upcoming movie, “What’s Love Got to Do With it?” She may be just be taking the public’s opinion on the matter. A source earlier reported that the film would be set around cross-cultural conflicts of love and marriage. It is expected that the movie will echo Jemima’s personal experience.

Some users mocked Jemima with her pro-PTI slogans

‘Teri mehngai sujna menu mar gaye,” another tweet that mocked her indirectly because of her ex-husband

One Pound Fish Twitter account suggested the song One Pound Fish, a gem released in 2012. We didn’t see that one coming!

Hasan Raheem fans in the house!

Anything other than Joona by Hasan Raheem and is a wrong answer https://t.co/iAPCKoRWOg

You cant be serious? 😜 https://t.co/W4xyxWSWLj

“Please someone help her,” tweeted a user.

The Imran I knew Used to Say, “Put a veil on the man’s eyes not on the woman.” – Jemima Goldsmith Hits Back on PM Imran Khan. Read the full story here:

Prime Minister Imran Khan’s comments termed “dangerous” and “insensitive” against sexual violence against women have sparked international outrage! UK’s MailOnline ran the news piece with the headline,  Pakistan PM Imran Khan blames how women dress for rising in rape cases and says ‘not everyone has the willpower to avoid it to which the premier’s ex-wife, Jemima tweeted: “Say to the believing men that they restrain their eyes and guard their private parts.” Quran 24:31 The onus is on men.