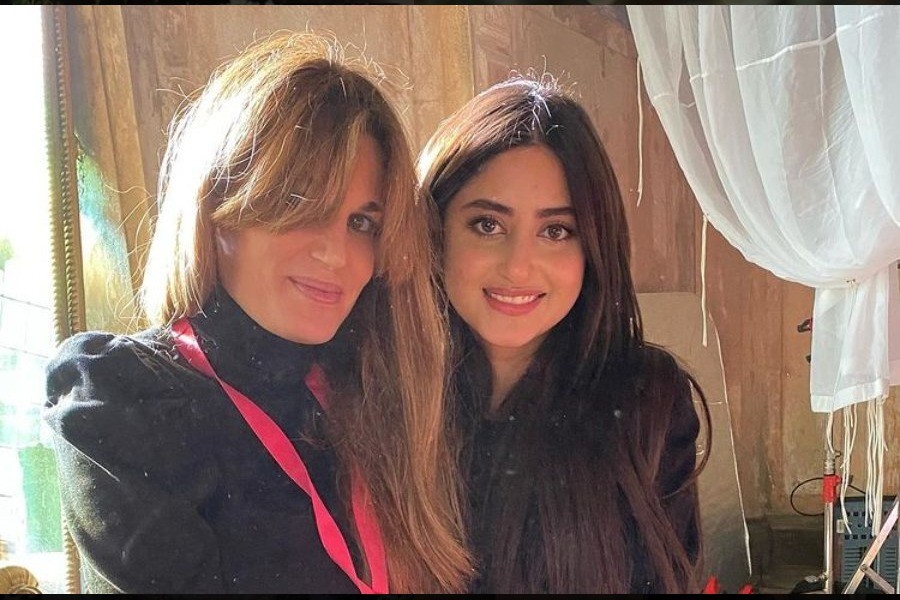 Sajal Aly, Jemima Goldsmith, and Shabana Azmi have been spotted on the sets fo Jemima Goldsmith‘s upcoming romantic comedy ‘What’s Love Got To With It?’. Jemima and Sajal both took it to their Instagram to update fans with a sneak peek of the duo onset.  The former wife of PM also posted a picture with Indian actress, Shabana Azmi on her inta stories later.

The news of the film being in the works was out last year, however, in an unexpected turn of events, BBC journalist Haroon Shahid revealed just last month that Sajal Aly, a Pakistani actress who had previously appeared in an Indian film, Mom alongside Shridevi in 2017 is also part of the film.

Other film stars include Lily James, Shazad Latif, and Emma Thompson. The movie is reportedly set between South Asia and London. Currently, the team is shooting in London in full swing.

An honourable resource earlier reported that the film will be set around cross-cultural conflicts of love and marriage. It is expected that the movie will echo Jemima’s own personal experience. The film is directed by Shekhar Kapur alongside Jemima playing the role of a producer. The film will mark Kapur’s directorial return in the industry since his 2007 Oscar-winning movie Elizabeth: The Golden Age. 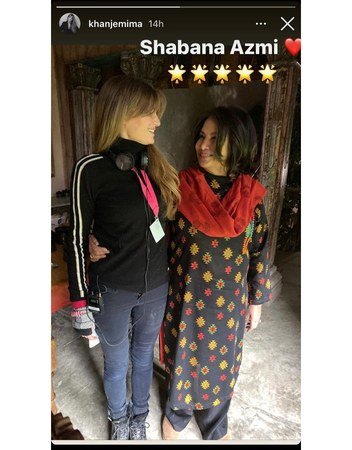 Sajal Aly on an Unfollowing Spree, Deletes Half of her Pictures on Instagram. Read the full story here:

While the news of Jemima’s latest venture is making rounds on social media, no set date of the film’s release has been announced as yet. Some sources quoted that the movie would be out later in 2020 but seems like COVID-19 restrictions delayed the production phase.