Sunday, June 26 2022
Top Posts
3 DIY Hotpot Recipes You Can Make at...
5 Tips to Keep Your Hair Sweat-Free During...
Fawad Khan to Make Debut in Ms Marvel...
“Women Can Accomplish Anything They Set Their Mind...
TikTok Releases First Album of Viral Hits
Mehwish Hayat Makes Her Debut as a Djinn...
‘Girls are No Less Than Boys’ Says Pakistani...
Punjab Government to Provide Scooties to All Female...
Is Akshay Kumar’s Upcoming Film ‘Raksha Bandhan’ a...
On This World Music Day, Spotify Celebrates K-Pop...
NewsSocial Issues 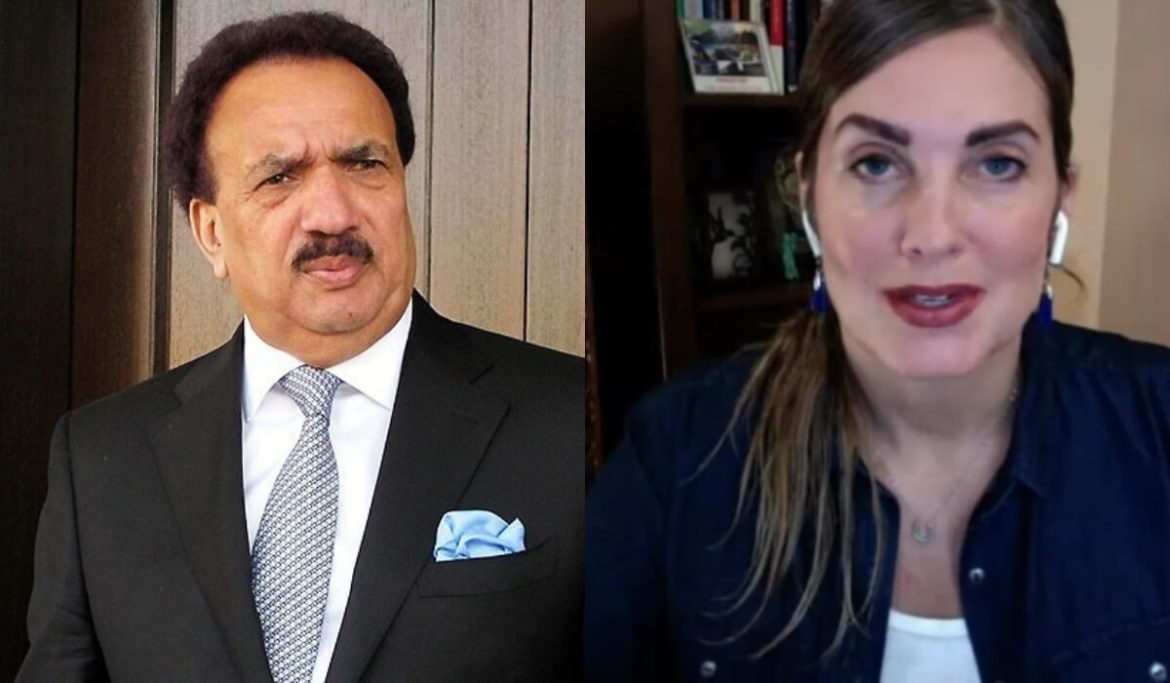 The former interior minister Senator Rehman Malik has been accused of rape by an American based blogger, Cynthia Ritchie.

She immediately garnered attention around the world when she accused Rehman Malik and also the former federal minister, Makhdoom Shahabuddin and ex-prime minister Yousuf Raza Gilani of “physically manhandling” her when she was staying at the President’s House in 2011.

Cynthia Ritchie revealed the news through a live video on her Facebook page and said that she would love to share more details to neutral journalists.

“I have received countless threats against my life, rape threats, claims that PPP has my father”

#ZardarisFilthyPPP keeps threatening me. Why? Because they know that over the years I have been raped/assaulted by men in the highest ranks of PPP. They don’t want the world to know.

I have decided to go live on Facebook in approximately 30 minutes & continue to tell my story.

After her live video, a debate was initiated on social media and a number of netizens demanded a formal investigation on the controversy.

“RM should be asked about the night he invited me to his home in the minister’s enclave to discuss my ‘visa’. The flowers, the electronic device (unusual) gift & the drugged drinks he gave me. Ask him if he remembers what I wore & what he said when he was on top of me. Bc I DO.”

She also added that she informed someone in the US embassy as well but the response was less than adequate.

And, yes, I did tell someone at the UsEmb in 2011, but due to ‘fluid’ situation and ‘complex’ relations between US and Pakistan, response was less than adequate. I’ve been engaged to a wonderful man who I met in Flag of Pakistan. He encouraged me to speak out, so we can move on as a couple.

Read her tweets below!

And, yes, I did tell someone at the UsEmb in 2011, but due to 'fluid' situation and 'complex' relations between US and Pakistan, response was less than adequate.

I've been engaged to a wonderful man who I met in 🇵🇰. He encouraged me to speak out, so we can move on as a couple. https://t.co/PpfdF9Fuib

Last month, the blogger also made headlines when she posted some “derogatory and slanderous remarks” against the former Prime Minister Benazir Bhutto. Soon after, the party filed a complaint against her with the Federal Investigation Agency’s (FIA) Cyber Crime Wing.

Dark And Lovely: Why Are Pakistanis Still Obsessed With White Skin?