Dark And Lovely: Why Are Pakistanis Still Obsessed With White Skin? 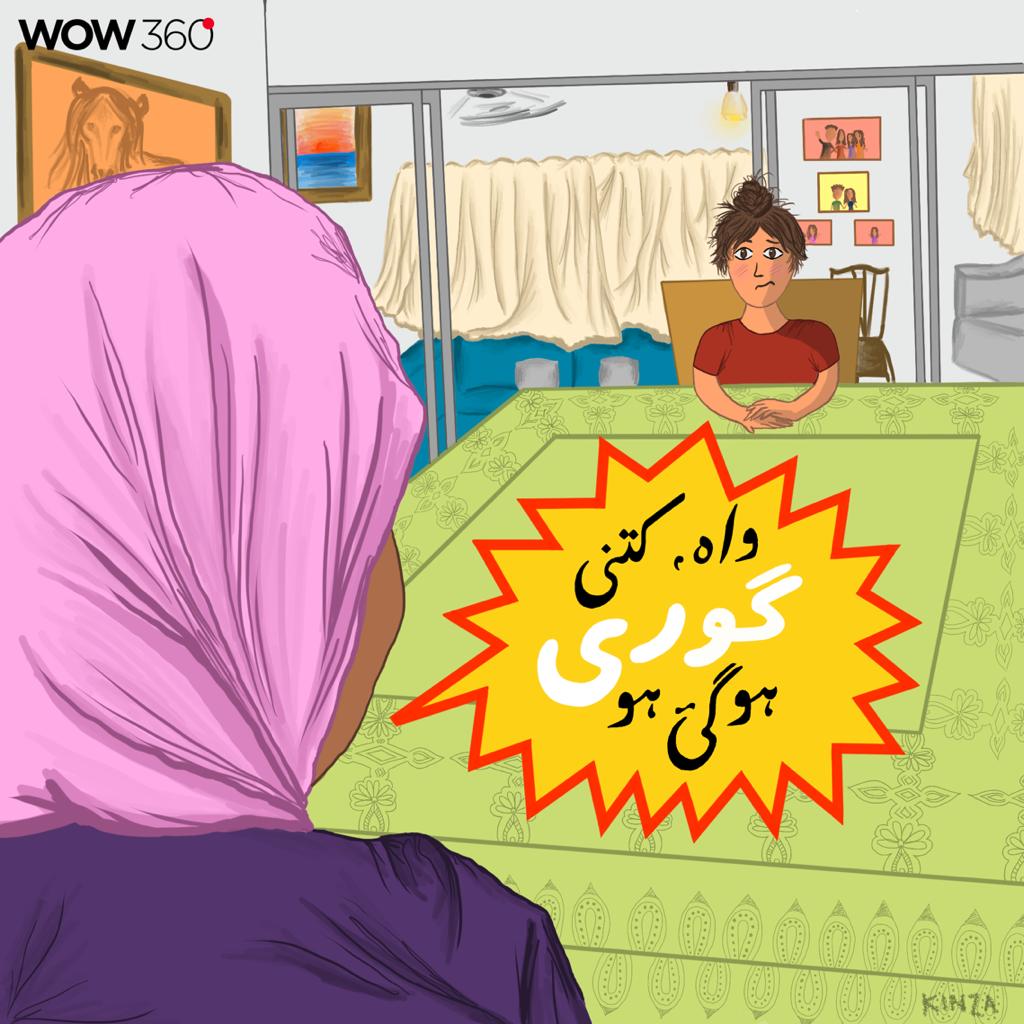 Over decades, our society has been obsessed with ‘fair skin’ making it a profitable market for whitening creams brands and skin- lightening treatment practitioners.

While international celebrities are spending a hefty amount of money to appear tanned and prefer a dusky skin tone, Pakistani women vie for lighter skin to be called ‘beautiful’.

Unfortunately, dark skinned women in our society are pressurized to get “white” in order to get a good proposal or sometime a reputable job in a few organizations. This has been conveyed by whitening brands through advertising and also a ‘colonized’ cultural mind set.

Moreover, many local celebrities are rumored to have undergone fairness treatments in order to get a prominent role in movies and TV serials.

However, there are also actors including Iqra Aziz, Mansha Pasha, Ushna Shah, Amna Ilyas, and Nadia Jamil who are against such brands and always embrace their natural skin tones.

They have rejected endorsing skin whitening creams and have won the hearts of their fans and followers with their decision.

The gorgeous model turned actress Amna Ilyas has always been vocal about how the showbiz industry has been discriminatory towards her because of her dusky skin.

Baby, you’re the highlight of my high life! 🌸 Wearing: @parniyaanbyayesha

In one of the interviews, the Baaji actress said:

I’ve gone through phases in my life where I have been constantly depressed. For example, I started out at the same time as Ayyan, who everyone knows is not only drop-dead gorgeous but also fair. We were contemporaries, yet for a period of time Ayyan was getting all the work and I was getting nothing. That was really tough. Luckily I had good friends to support and encourage me. Television and ad campaigns preferred the gora faces so I turned my attention towards editorial work and found my strength.

The news was revealed by her husband Yasir Hussain through his social media accounts with the caption:

However, there are still a number of famous actresses like Mawra Hussain, Sajal Aly and Zara Noor Abbas who still endorsing such brands and defend them.

On Tuesday, the Parey Hut Love posted a video in which a minor African-American girl is talking about the discrimination her community has had to face on the basis of their colour.

One of her followers questioned the campaign she did for a local whitening cream brand and wrote:

The comment caught the attention of the actress and she replied:

Good, because that does not promote killing. Does not promote racism. Stop making this out of context when its not the agenda. Your word doesn’t matter here. What matters is human life and equality and this is what I am here for. A face wash is killing no one. 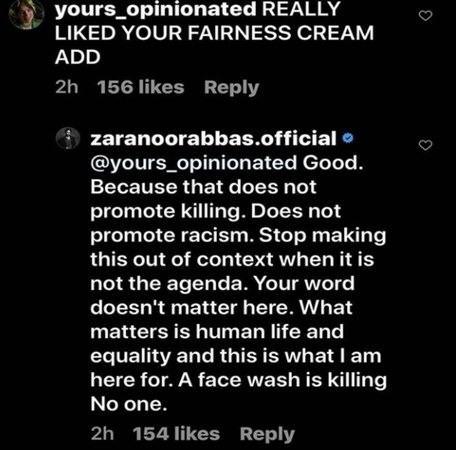 Well, we believe that our celebrities should stop feeding the stereotypical mindset and help in regaining the confidence in having natural skin colour.