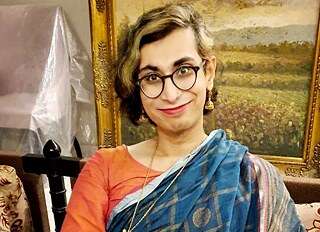 Transwoman Sophiya Layla was deeply hurt by being denied services at prominent spas in Karachi.

In our society, we often come across situations where transgender people are often cornered or not given the respect every individual deserves to receive, regardless of their gender. We are transphobic, and it reflects even in the elite segment of our society.

In a series of stories on her public Instagram account, Layla described her experience at elite salons located in Defense and Clifton as an unpleasant experience. She said they denied her services because of her gender.

She wrote in a story that when she asked salons for service, they denied them and instead said she could only do the cleaning. “Me: mujhe khubsurat bana de. Parlour wali: aap khubsurat hain, bas safai kar sakti hu. It’s really THAT simple to be affirming! Take notes Rain Tree, Mizka, etc., who refused me service.”

She pointed out that international chains such as Toni & Guy repeatedly misgender trans people on the phone. “Even international chains like Toni & Guy, who’ve used trans models, will repeatedly misgender us on the phone after we correct them. Remember when problematic men pretend to be feminists? These cis women aren’t very different when it comes to their trans allyship.”

She then wrote in another story that “Trans women are women. Gatekeeping women’s spaces is transphobic. “Why can’t you create your own space?” is code for “I’ll treat you like a man, ** off”” She added, “@nabila salon was so much better No misgendering, no raised eyebrows Inclusion starts with employees. They have openly trans staff. If an elite “respectable” salon-like Nabila can do it, what’s everyone else’s excuse?” 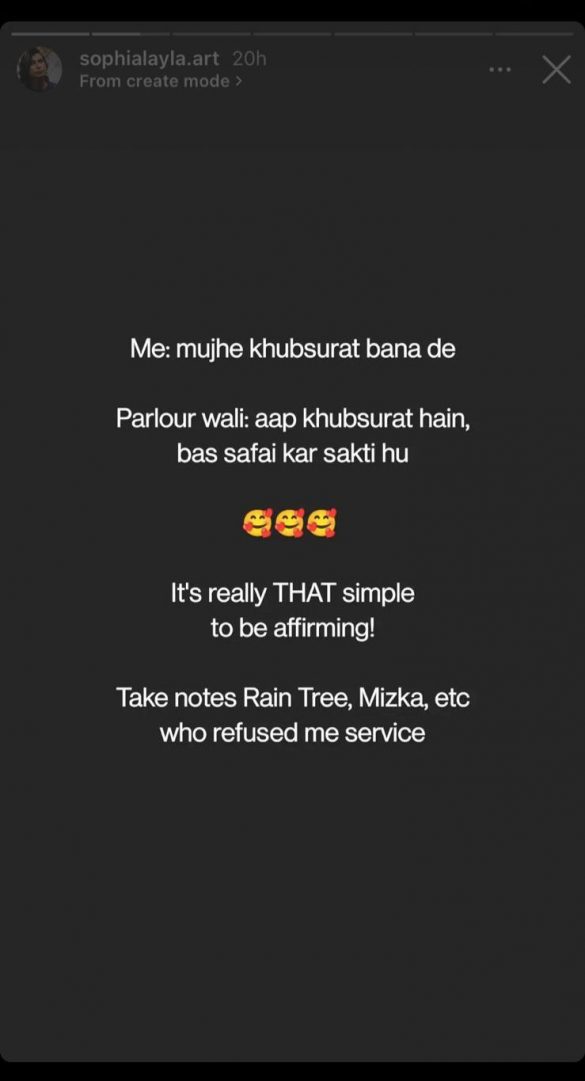 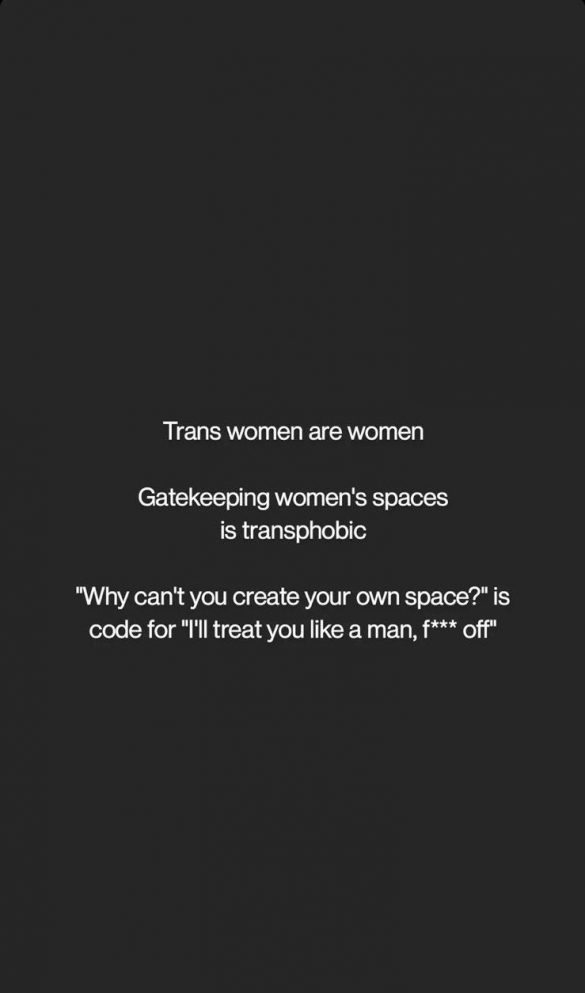 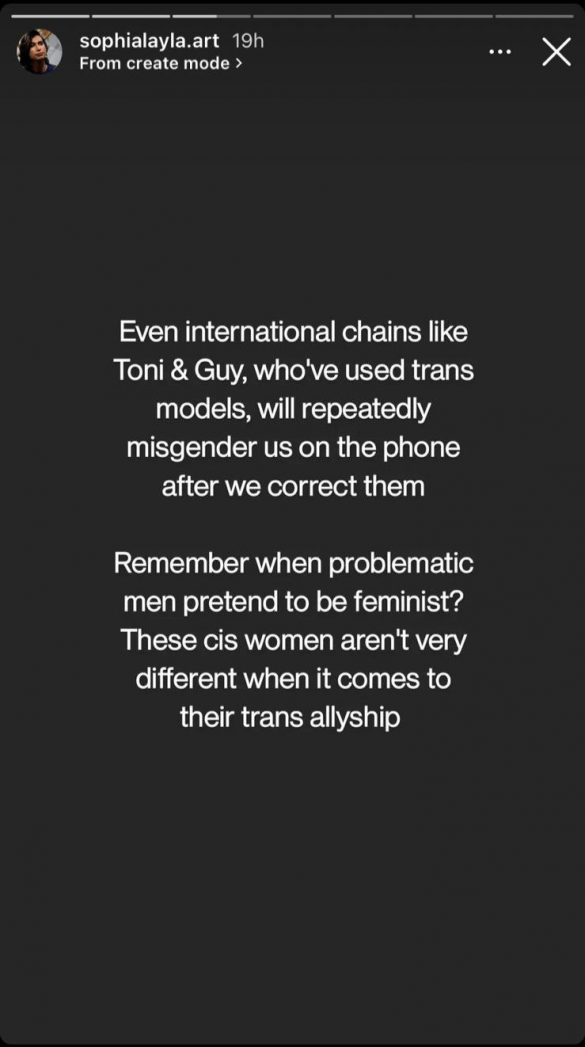 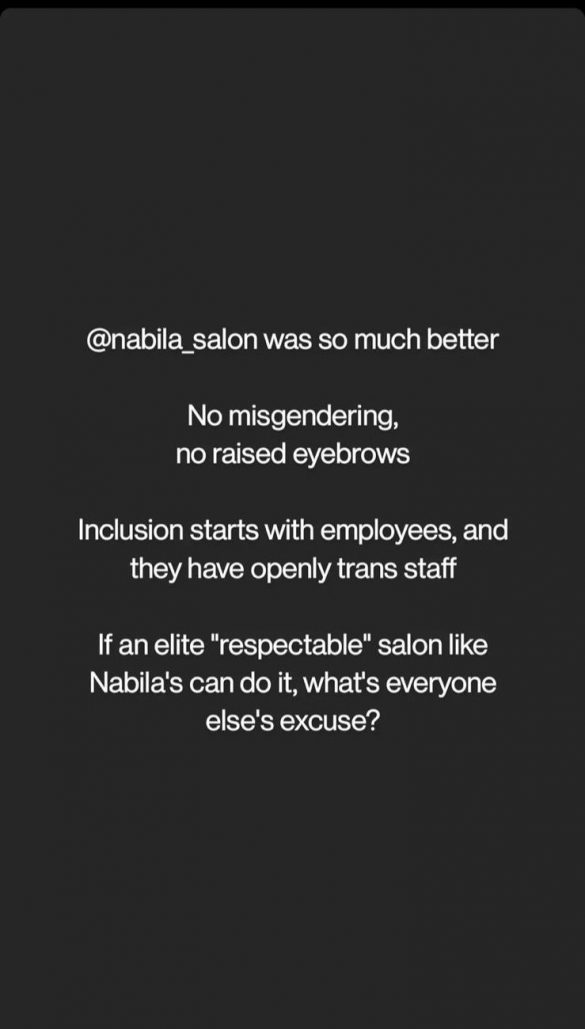 Layla was invited by the tv channel Samaa tv, where they discussed how trans people have finally begun to receive recognition in our society. The government has made efforts in facilities and issuance of CNIC cards so trans people can move forward to become equal individuals in the community and flourish in their lives.

Sophiya Layla pointed out that there are still a lot of problems that we as a society don’t even know about trans people as yet. We as a society need to do better. We as a society are not big on inclusivity or diversity, which needs to change. Trans people need to be accepted in society to move freely without hesitation.

Pakistani transgender woman Saro Imran from Multan has completed her M.Phil degree in Commerce. This makes her the third trans person in Pakistan with 18 years of education and 1st in her region. Saro studied at the Bahauddin Zakaria University in her home city, Multan. The topic for her research paper for her M.Phil degree was ‘How to start a transgender business in Pakistan, business development objectives and challenges.’