Despite the 2018 Transgender Persons (Protection of Rights) Act passed by the parliament, transgenders in Pakistan are still victims to sexual abuse, harassment and discrimination at the hands of the local police and public. It’s almost everyday that a trans is being mistreated in some part of the country, because of lack stringent laws that protect their rights.

Even though in a historic 2009 ruling, the Supreme Court of Pakistan ruled in favour of transgender citizens, Pakistan does not have civil right laws that prohibit harassment and discrimination based on sexual identity.

Since the country does not have any schools, institutes or organizations that hire transgender people, and dejected by their families and society, the trans people in Pakistan resort to begging, singing, dancing and other menial professions, to earn a living.

In recent events, trans activist and social media sensation Julie was arrested and manhandled in a fabricated case, by the police in Islamabad. Seems like the case has been made up by the transgender community who want Julie gone out of their circle and vicinity.

Julie has received fame and popularity in the recent past, because of her honest and straight forward content. 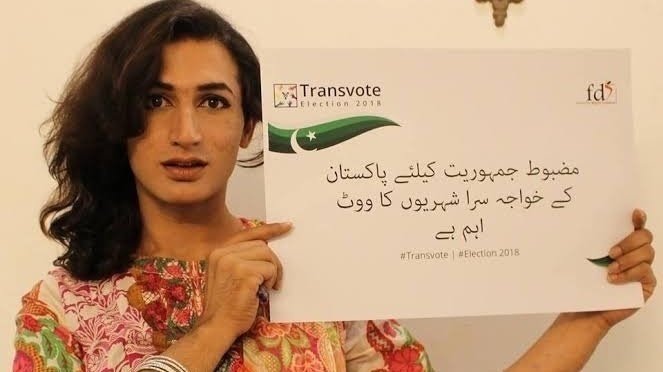 She has been openly speaking about social injustices against transgender, rooted deep in the Pakistani society. Julie has raised her voice against gang rape, abuse and violence. She herself was raped in 2016 and her video went viral; the culprits were arrested when Julie gained many supporters, thanks to the power of social media.

Her strong stance against transgender begging and caused the ‘gurus’ of the community to take a drastic step against her. They have been begging for generations and want to continue doing so as it is an easy way to make money.

A fake FIR was therefore filed, and Julie was arrested; the situation currently is life threatening and she needs protection and support- #justiceforjuliekhan has been trending on social media for days.

The life for transgender community in Pakistan is tough. It is hard for them to get an education and land a decent job. This is where the Gender Guardian steps in.

Located in Model Town are Lahore, Gender Guardian is Pakistan’s first school for transgender students that strives to provide them with equal opportunities through free vocational training and formal education. There are over 30,000 transgender people in Lahore, reported Samaa News.

We started this school with the purpose of uplifting and educating the transgender community that has otherwise been neglected in the society. People believe that transgender people can either sing and dance or beg, but nobody has ever tried to do anything for them.

My partner Mr Asif Shehzad also wanted to do this to improve the image of Pakistan. Promote it as a country that takes care of its minorities 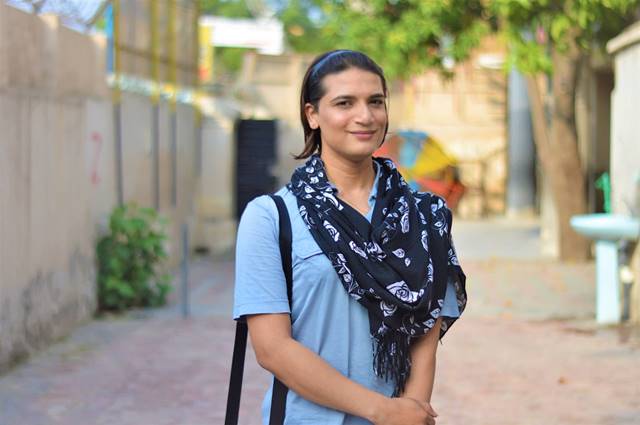 We realised that there is a school for orphans, for poor people but these people have nowhere to turn to. There are no schools for transgender people in our society. So on April 15th 2018, we decided to opened the Gender Guardian School, which is the first project of the NGO ‘Exploring Future Foundation’; the foundation was started by a group of students.

We had 40 students and on September 9th 2018, 17 students received skill-based training diplomas.

What training program is offered to transgenders at the Gender Guardian ?

We provide them with vocational training such as driving, stitching, cooing, beautician courses. etc. We also pay them. We don’t only hire trans people as teachers, we hire anyone who is willing and interested to teach. Sometimes this is on paid basis, but mostly on voluntary basis.

What changes do you see in the recent culture today as compared to in the past relating to how trans people are treated?

Compared to the past yes, there has been slight improvement, but there is still a long way to go. There are still a lot of trans people who are neglected and rejected by families and societies. So to build confidence in them and help them land decent jobs, we created this organization. We provide them financial support, education and help them land respectable jobs. We help provide financial backing in the form of loans, if they want to start their own business.

How many students do you have currently and which occupations do you for see for your graduates?

Our last batch graduated in March, there were 17 to 18 students who graduated.

How many students do you have currently and which occupations do you forsee for your graduates ?

If they have taken a beautician class from our school, we help them find jobs in salon and parlors. If they have learned driving then we try that they get driving opportunities in Careem and Uber, or Daewoo and some of them have even landed these jobs. Specially in parlors.

If there are trans who aren’t getting jobs easily, or don’t like a certain job that they have gotten offered, we ask them there preference and then try to find jobs for them in that field. For example, there was one student who wanted to sell vegetables, so we set up an entire vegetable stall for them. One said ‘I want to run a canteen in a school’, so we tried set up a canteen for him.

We get very inspired and uplifted when we see one of our students earning a decent living. Anytime we our students doing anything meaningful other than begging, we get very happy. We feel we have achieved our goal.  There is a student called Moon;  she took a vocational beautician course with us and now has a respectable job. She even prepared for 9th and 10th exams and while taking the course and finished matriculation. Khushboo and Sarwar now have their own tea stalls.

Our recent graduating batch took a 4 month session with us, and one of them wanted his own tailoring shop set up; after lockdown we will InshaAllah help him with that.

The greatest of all honors is to work with pride: to work with earnest dedication without being brought down by others. Khushbu, too, after having been given an interest free loan by The Gender Guardian to initiate her business, earns honorably and walks with her head up high. ♥️ pic.twitter.com/O3o2yBm3WL

Future plans and vision for the school ?

We plan to spread even more awareness about this issue. We will try to expand in other cities as well such as Islamabad and Karachi