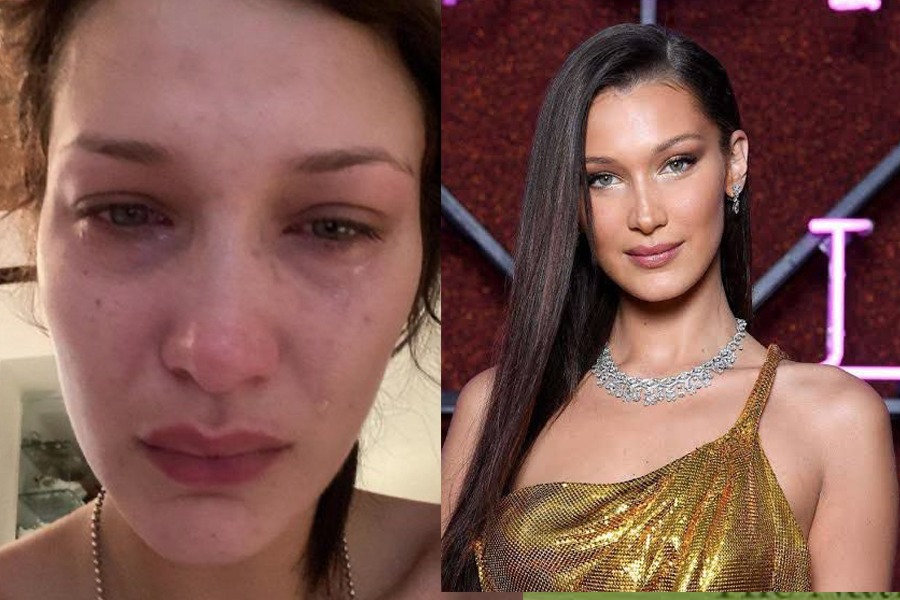 On Tuesday, Supermodel Bella Hadid opened up about her mental health on social media. The model has been facing the anxiety and pressure of social media and has been going through frequent breakdowns and burnouts.

The model shared a video clip on her Instagram of singer Willow Smith, the daughter of Hollywood star Will Smith. She spoke about her insecurities and how she is feeling lost. The model coupled her selfies alongside the motivational video, capturing her teary-eyed face as she opened up about her struggle. She wanted to inspire others not to feel alone.

In the post, Bella has attached several of her selfies crying. “This is pretty much my every day, every night For a few years now”, she said.

The model wrote in the caption, ” Social media is not real. For anyone struggling, please remember that. Sometimes all you’ve gotta hear is that you’re not alone.”

“I’ve had enough breakdowns and burnouts to know this: if you work hard enough on yourself, spending time alone to understand your traumas, triggers, joys, and routine, you will always be able to understand or learn more about your pain and how to handle it.”

Supermodel Bella Hadid recently participated in a Palestine protest in New York chanting Pro-Palestine slogans. She supported her ancestral country wholeheartedly and wore a keffiyeh — a scarf with the traditional Palestinian print. As a model and an influencer with a massive following of over 42 million on Instagram, Hadid knew she was risking millions worth of endorsements by showing her support for Palestine but regardless, she went ahead. She did what was right even though when this could jeopardize her career by all means.