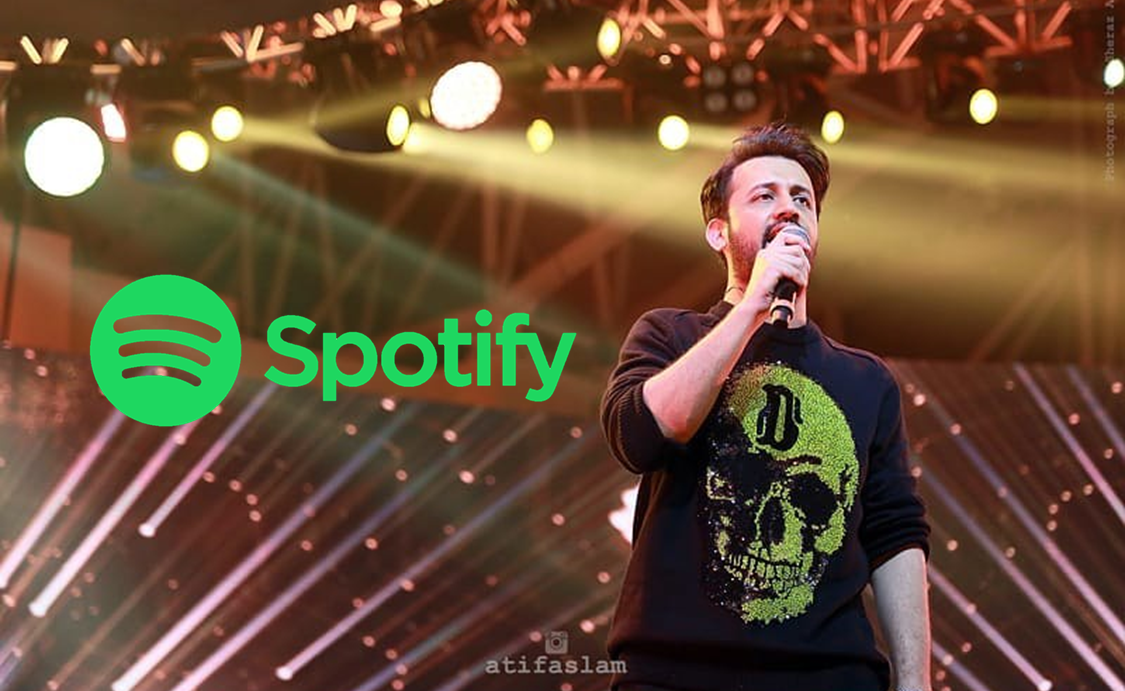 Almost a year ago, Spotify – the world’s most popular streaming platform, entered the Pakistani market with a commitment to help local artists reach new fans and build careers, both at home and abroad, through its tools and features that enable artist discovery. 365 days later, Spotify is celebrating its first anniversary by unveiling how Pakistani music is being discovered and enjoyed around the world. 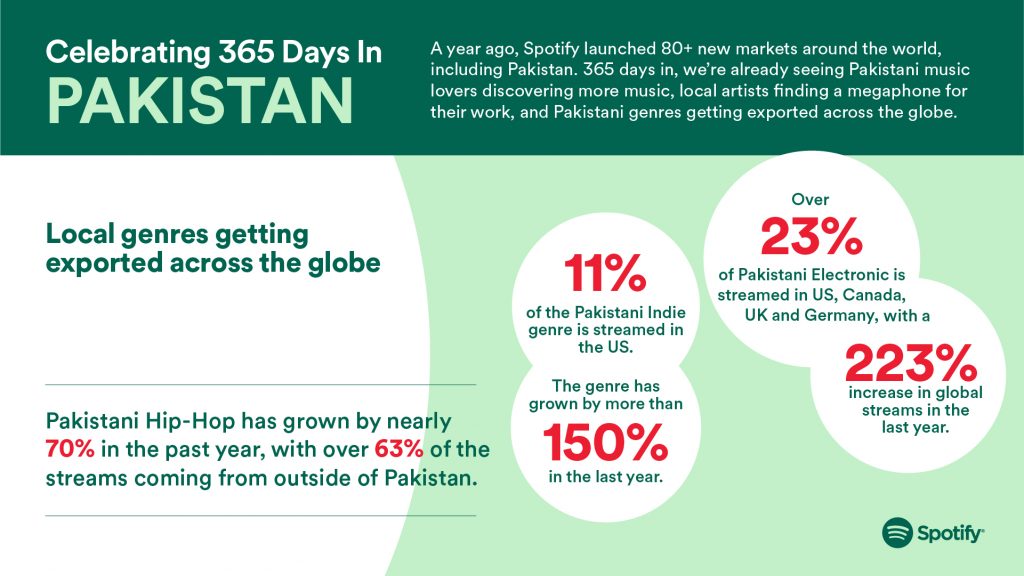 According to Spotify’s data, there have been over 19,590 songs added to the platform from creators in Pakistan over the past year. Amongst the 184 markets, with 406 million listeners worldwide in which Spotify operates, the top countries listening to Pakistani music are India, the United States, and the United Kingdom.

“Baari” by Bilal Saeed and Momina Mustehsan, the ultimate love song for millions of listeners, has earned the number one spot as the most-streamed local song abroad. The power duo made another appearance with “Uchiyaan Deewaraan” in the fourth spot, and Momina Mustehsan came in ninth with Adnan Dhool in “Awari”.

“Spotify continues to be committed to providing equal opportunities to all local artists, enabling them to connect with a global audience by creating an ecosystem where they can propel their careers while breaking lingual and cultural barriers,” said Claudius Boller, Managing Director of Spotify MENAP, Bangladesh and Sri Lanka.

Local genres are getting exported across the globe

Pakistani music crossing borders had another notable moment over the past year, with 11% of the Pakistani Indie genre being streamed in the US, seeing a growth of more than 150% globally in the last year.

Additionally, Pakistani Electronic is gaining momentum locally and internationally, with 23% of the genre being streamed in the US, Canada, UK, and Germany, paving the way to a 223% increase in global streams since Spotify’s launch.

Speaking about how things have changed for him since Spotify entered the local scene, Turhan James, a Pakistani electronic music producer, said, “I’m so glad to see that my music is being heard so much since Spotify launched in Pakistan. I personally feel that it has been an absolute game-changer for our music industry. The platform has given artists the opportunity to have their work showcased to millions of people, not just in Pakistan but around the world while giving listeners the ability to consume music they would never come across. It’s been a blessing!”

Local hip-hop was also amongst the most popular genres abroad. More than 63% of the streams for the genre came from outside the country and witnessed growth in global streams of almost 70%.

Spotify transformed music listening forever when we launched in 2008. Our mission is to unlock the potential of human creativity by giving a million creative artists the opportunity to live off their art and billions of fans the opportunity to enjoy and be inspired by these creators. Today, with over 82 million tracks, we are the world’s most popular audio streaming service with a community of more than 406 million users across 184 markets.

Pakistani singer Aima Baig has been named ‘Top Local Female Artists in Pakistan 2021’. Spotify Pakistan’s official Instagram page congratulated the star on achieving the milestone. The female singer rose to stardom with her debut song Kalabaaz Dil. She also took it to her Instagram and shared her most significant accomplishment on the international platform.