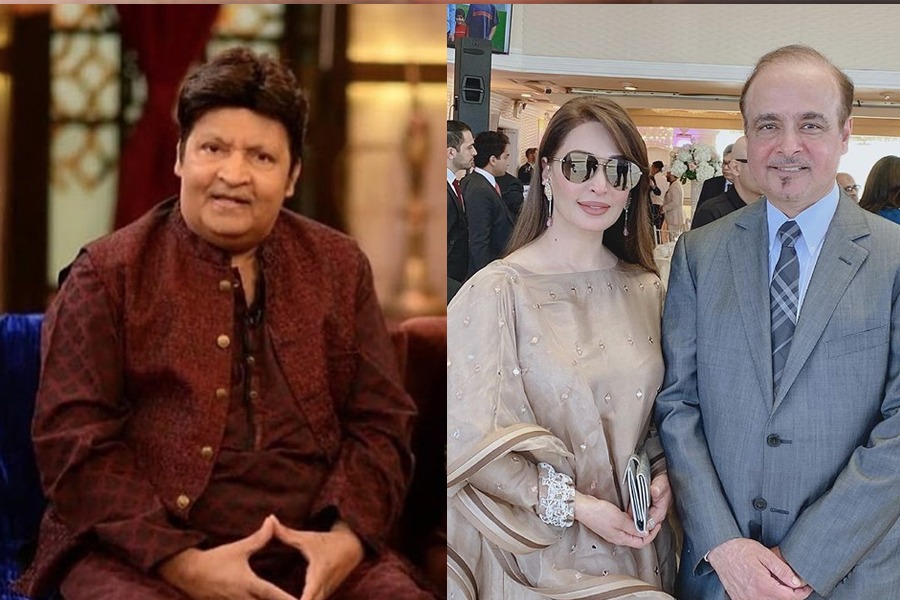 According to Samaa, the Sindh government has issued Rs 40 million for actor and comedian Umer Sharif’s treatment, currently fighting for his life. The government also arranged an air ambulance for Sharif to fly out to the United States for a high-risk procedure.

Earlier on, Umer had appealed to the government in a video message for help. The doctors had advised the ailing comedian to go to the US for better treatment. Upon his appeal, Murtaza Wahab, Karachi Administrator, visited Umer Sharif at Aga Khan University Hospital and guaranteed him that the government would assist him in his recovery and make the best possible arrangements for him.

Sharif underwent cardiac surgery last year. Since then, his health has been deteriorating. As per his wife, his condition was critical a few days ago. Zareen Umer posted on Twitter, “24 hours are critical for Umer. Please pray as much as you can!”

In the United States, Pakistani veteran actor Reema Khan’s husband, Dr Syed Tariq, will be performing the high-risk procedure. She confirmed the news on Instagram. She wrote, “Umer Sharif – one of the greatest comedians of the sub-continent and a real legend of all times. He always was working hard to make other people laugh and smile. Today it disturbs me to know that he is in pain and distress because of his grave illness.”

She further added, “I am proud of my husband – Dr Syed Tariq Shahab who has agreed to perform the high-risk procedure and is helping the family in his transfer arrangements to America. I have requested him to do all he can to help Umer Sharif Sahib recover from this illness. Thank you, Tariq. I pray to Allah PAK to give Shifa in your hand and to give Umer Sahib full and complete recovery. Aameen”  The entire nation is praying for the speedy recovery of Umer Sharif and hopes he returns to the country with great health.

Umer’s wife, Zareen, has asked the public to refrain from sharing private photos from the hospital in a Facebook post. She added, “Our beloved Umer has been performing well as per doctors and he is fit to fly through air ambulance.”  She thanked the government for sending help promptly in time to save Sharif’s life.

Pakistani actor Nayla Jaffri shared her struggles with Cancer treatment bills in a clip making rounds on social media. In the clip, posted by her friend and filmmaker, Furqan T. Siddiqui, the actress appeals to Pakistan’s government for royalty payments. Nayla is PTV’s golden-era actress diagnosed with ovarian cancer 6 years ago and is still undergoing treatment.