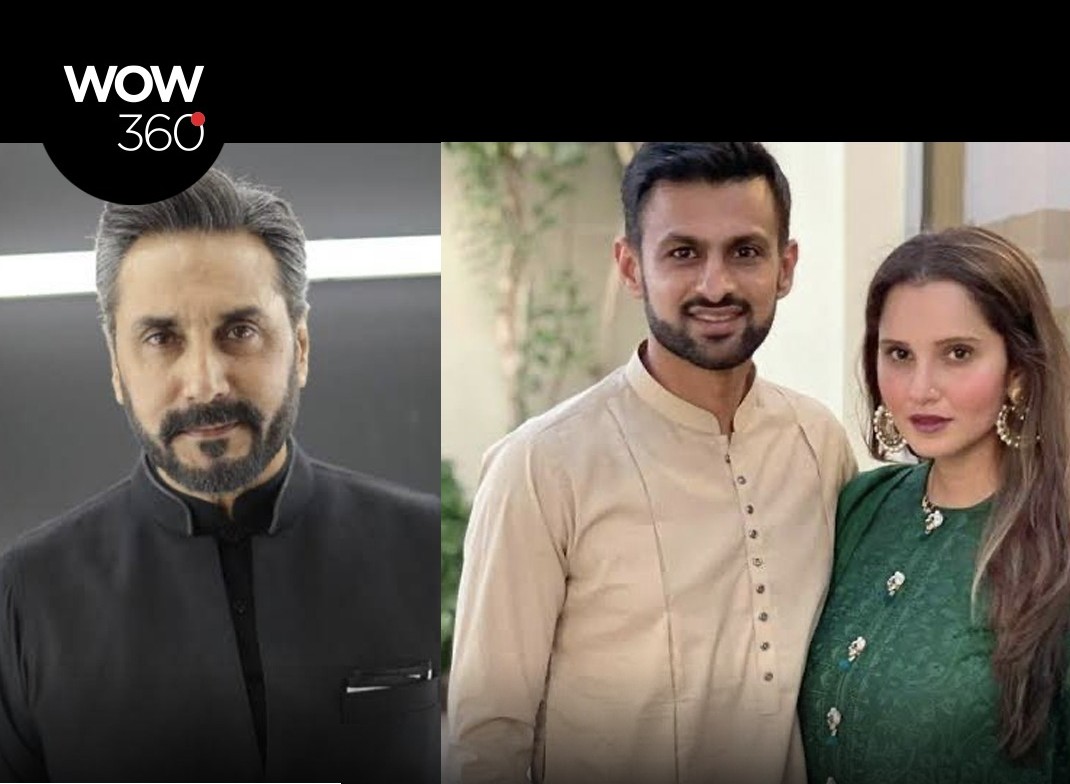 Both Shoaib Malik and his wife Sania Mirza were invited to Aagha Ali and Hina Altaf’s The Couple Show. The hosts asked Malik which male star he would never want his wife Sania to work with on-screen during the show. Malik responded to the question quickly. He said it would be ‘Adnan Siddiqui.’

The hosts and Malik’s wife waited for him to explain why he picked Adnan. He then told Sania he would explain this to her in private. Sania replied, ‘I know him, and I think I got it, why.’ Aagha added that everyone on the set understood why.

Adnan Siddiqui’s Reputation in the Industry

While the hosts and their guests left this conversation open-ended, they left the audiences watching them wonder as to why they were not revealing on tv what this was about. We know why; let us tell you the back story behind the scenes. It is due to Adnan Siddiqui’s reputation in the industry of being a woman charmer. Some may also term him as a casanova.

This is not the first time Adnan’s name has been taken on air in this regard. In a previous instance on HSY’s show, it was discussed with the main leads of drama serial Meray Paas Tum Ho as to how Ahista Ahista co-star Mawra Hocane was warned about Adnan’s flirtatious nature.

If you have not watched the episode as yet, click below:

The 39-year-old cricketer Shoaib Malik is in the headlines for his photoshoot for the latest edition of Hello! Pakistan magazine, alongside the ever-gorgeous bubbly actress Hania Aamir. The news of the cricketer posing with the Bulbulay actress, Ayesha Omar, was dying down. However, with the next photoshoot with Hania, the cricketer has made it back to the headlines.