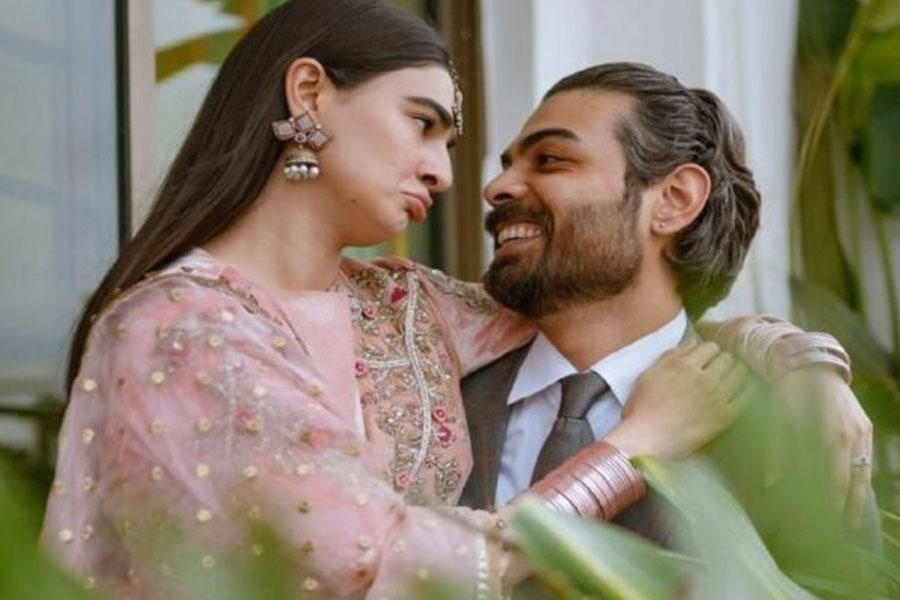 Model-turned-actress Saheefa Jabbar Khattak has addressed the speculations over her divorce and separation from hubby Khawaja Khizer.

Khattak took it to social media and shared a cute image with ber better half. Moreover, she wrote a caption on the image to clarify that the couple is not separating.

Alhamdulillah, things are greater than ever, it’s just [that] we choose to keep our relationship very private. He has gone to Canada for his studies and I am in Pakistan waiting for my visa to come long distance isn’t bothering us much.

Since so many of you asked as well, we have always been pretty mature with our relationship, our collective goals are so big that we don’t mind the long distance. Yes, we have our lows but he has found some great classmates who helps him with his anxiety and in Pakistan, I have kept myself busy with work so we are doing pretty fine. I wish him nothing but success and health (not getting his tattoo removed). 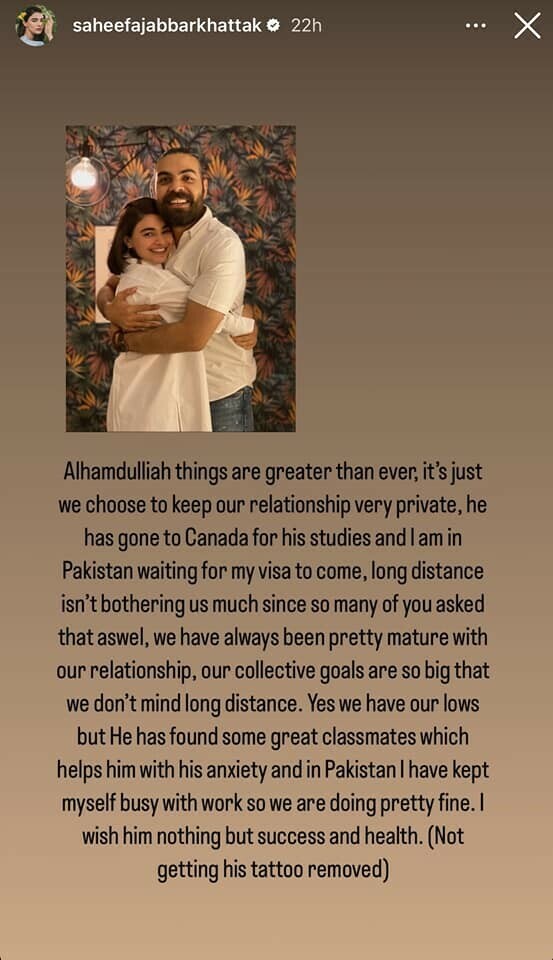 The speculation of the divorce first started to buzz on social media after her followers started asking questions about whether she was removing the tattoo of his face and if there was something wrong. 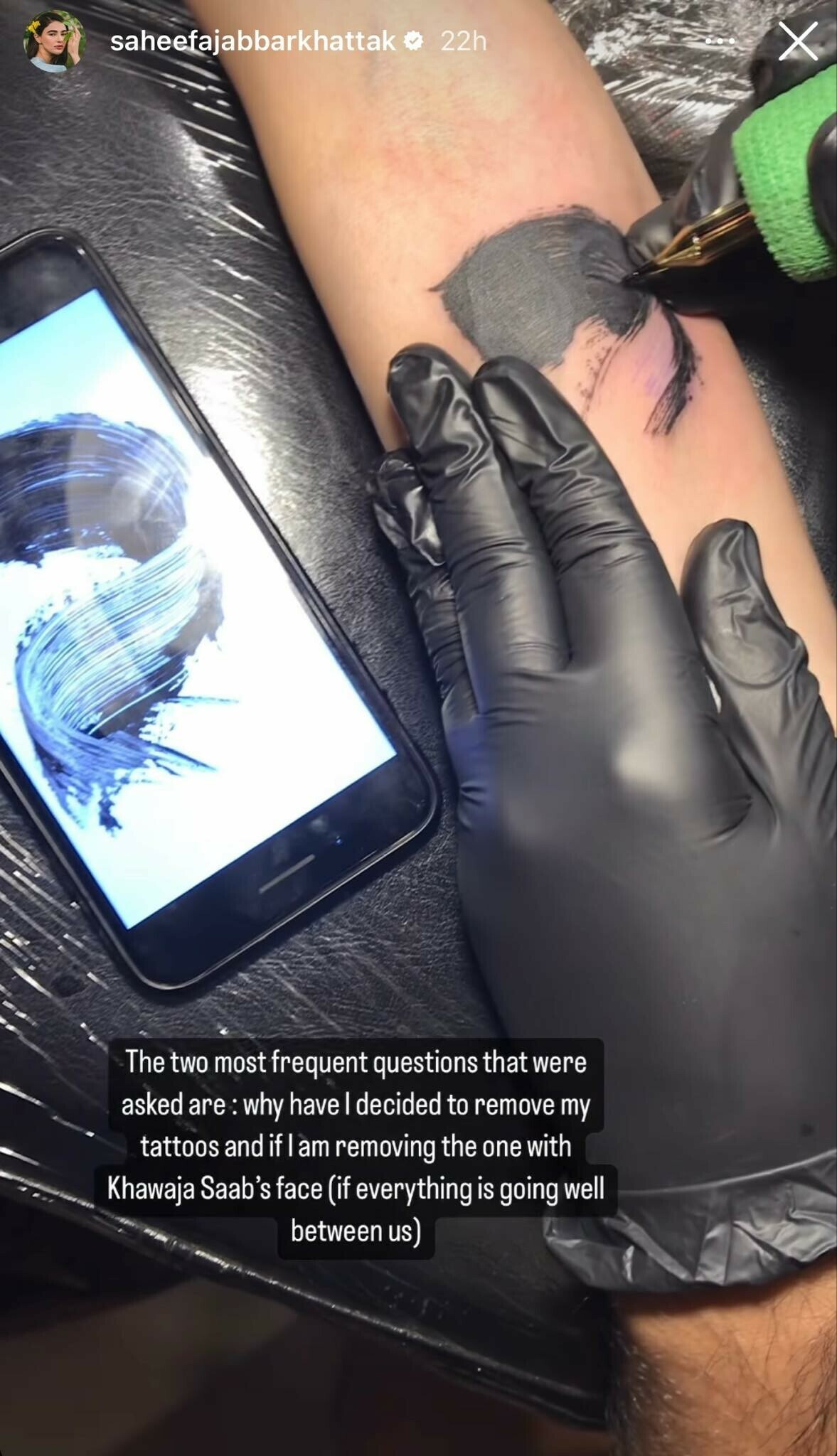 “This isn’t the first time I have posted my tattoo removal on my stories. I have been posting on and off for about two years now but this time so many people came forward with their overwhelming concern and questions [so] I felt I should address them,” she clarified. 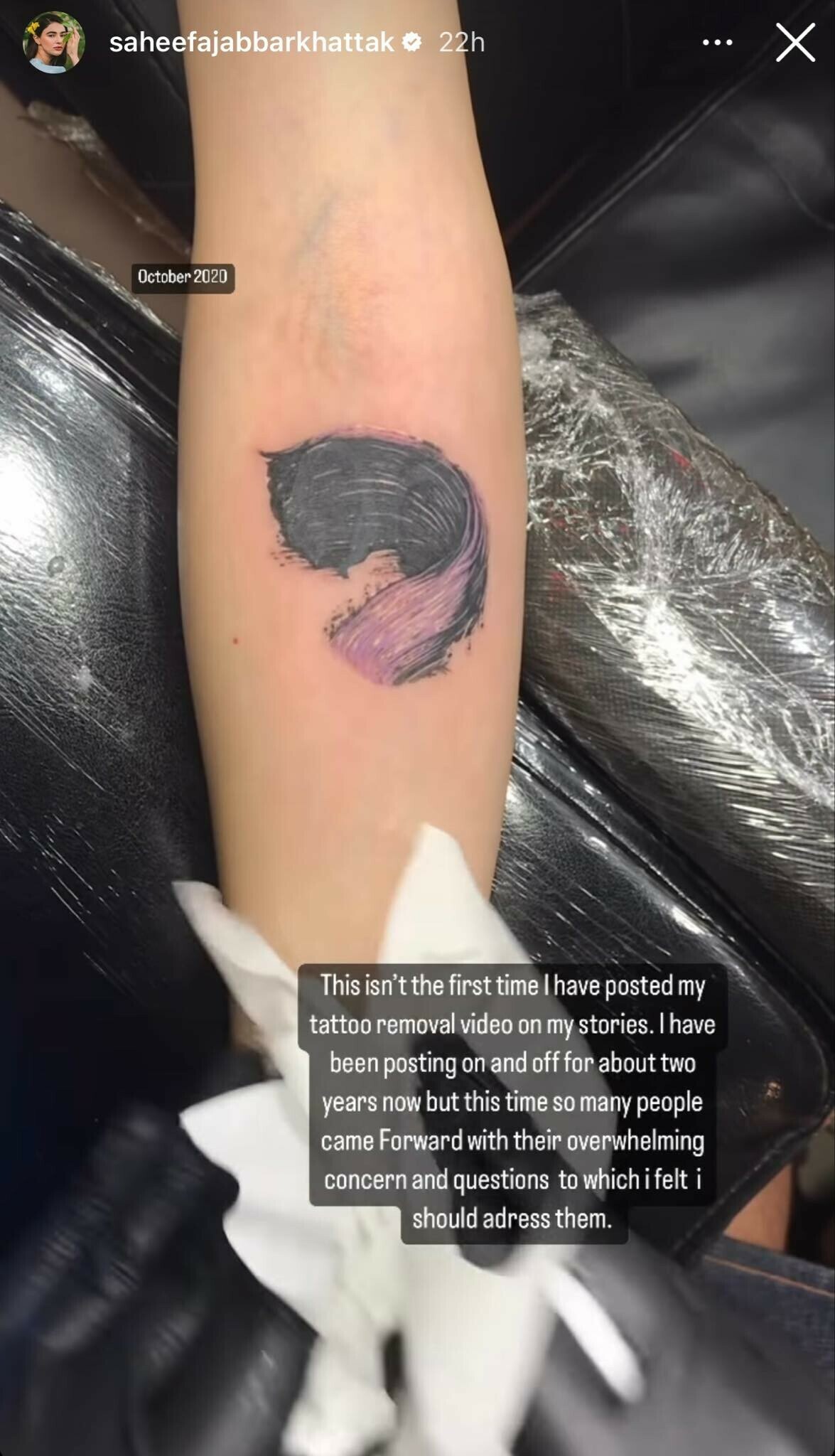 According to her, she wanted to remove the tattoo due to several reasons, their separation not being one of them.

Last year, she opened up about undergoing a painful surgical procedure. Taking to Instagram, the Beti star shared a picture of her surgery with stitches on her nose.

“I had a deviated septum. The doctor told us we’d need to operate on the nose and surgically fix the bone. I’ve always been afraid of going under the knife,” she wrote.

Share your thoughts with us in the comments below. Stay tuned to WOW360.

Wedding Bells in the Air for Ushna Shah & Hamza Amin?