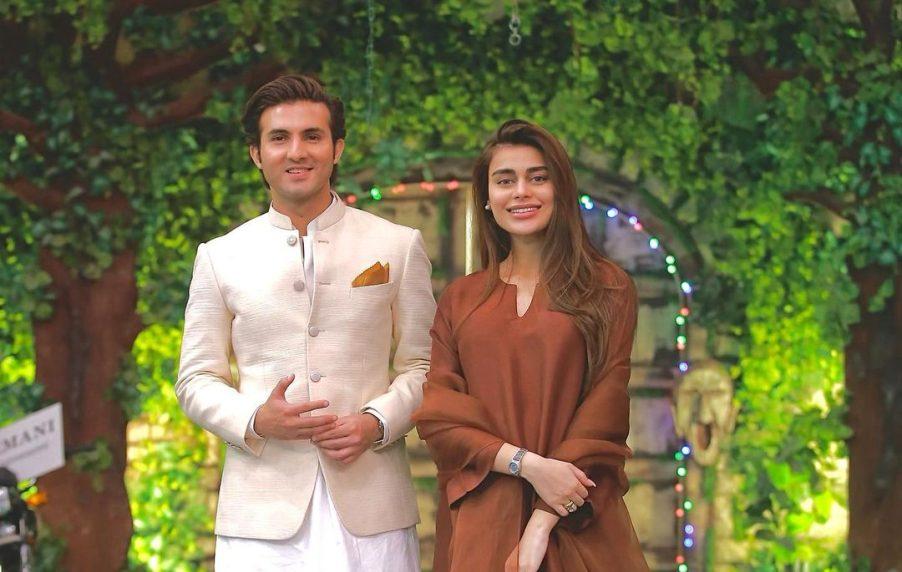 Pakistani veteran actor Behroze Sabzwari confirmed the news of his son Shahroz and his second wife, Sadaf, are expecting a child.

Fans spotted Sadaf’s baby bump during public appearances but weren’t sure if the couple was expecting. Sabzwari confirmed the news when he appeared on ‘The Kitchen Master’ on Express tv.

While the contestants were cooking, the host asked the veteran actor a series of questions. She began investigating Shehroz’s childhood and then followed up a question regarding his very public and controversial divorce from Syra Yousaf and marriage with Sadaf Kanwal.

Watch the Clip Below:

The host asked Behroze Sabzwari how he lent support to his son when he was going through his divorce. He replied that he and his wife were standing tall with Shahroz and Syra. The host then appreciated Behroze and his wife for handling the situation with so much decency.

“If Syra and Shahroz’s minds did not match up, it does not mean the family had to be disrespectful to each other,” he said. He firmly believes that it was God’s will that his son separated and then remarried.

While talking about Shahroz Sabzwari’s second marriage, Sabzwari said Sadaf Kanwal is a good girl and confirmed that his son and his second wife are expecting their first child. He is about to become a grandfather again. He requested everyone to pray for the couple and child.

Shahroz Subzwari Opens Up About His Struggle After Divorce from Syra Yousuf & Marrying Sadaf Kanwal in a Simple Ceremony. Read the full story here:

Shahroz Sabzwari and Sadaf Kanwal are still a hot topic a year and a half later after their controversial marriage. The stars tied the knot in an intimate ceremony and announced the news on Instagram. At that point, no one had any idea about any details of how Sadaf and Shahroz met or how they ended up getting married in secrecy. All hell broke loose when people found out that the two had seen each other for quite sometime before Shahroz and Syra officially called it quits.