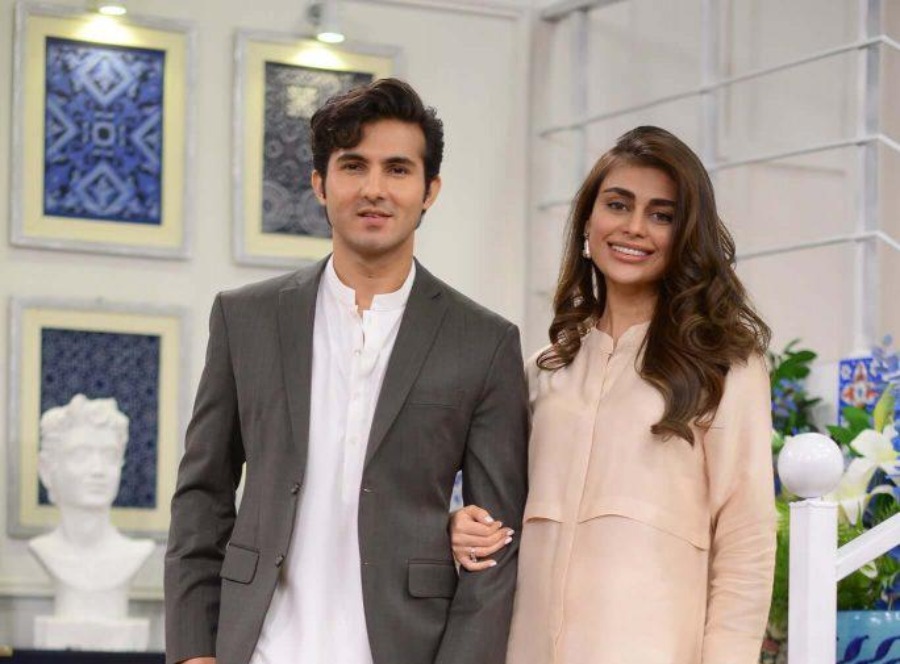 Shahroz Sabzwari and Sadaf Kanwal are still a hot topic a year and a half later after their controversial marriage. The stars tied the knot in an intimate ceremony and announced the news on Instagram. At that point, no one had any idea about any details of how Sadaf and Shahroz met, or how they ended up getting married in secrecy.

All hell broke loose when people found out that the two were actually seeing each other for quite sometime before Shahroz and Syra officially called it quits. With everything happening, no one has any idea of the timeline of events that occurred behind doors so there were many baseless assumptions.

Shahroz revealed he was going through a difficult time when he was a bachelor again after his divorce from Syra Yousuf. He said, being a pious man, getting married again was his wish as he didn’t want to indulge in any sinful ways of life.

“I had honest intentions of marrying Sadaf, didn’t want to stay a bachelor. I am a religious person. Our religion asks us to refrain from a lot of things and I try to stay away from it. There is so much we aren’t permitted to do [in Islam], but if we get married, they become beautiful.”

Now that things have settled a bit, the stars revealed a few details about their marriage on a morning show.

No One Was Invited

Shahroz revealed with the pandemic at hand taking millions of lives globally at the time, they didn’t feel comfortable inviting a lot of people over, so no one was invited. Only a handful of people were present at the nikkah ceremony including their parents.

Sadaf Always Wanted to Get Married with Simplicity

In the show, Sadaf also revealed that in reality, this is how she wanted her big day to look. She has worn designer dresses for quite some time now, given her work requires it. However, when it came to her big day, she wanted to wear red and her saas offered her to wear her dress. The Indian dupatta she wore was from her saas’s big day.

Safina Behrooz donning the same jora earlier at a party

Makeup, Mehndi, and Hair all Done by Sadaf Herself

Sadaf also revealed that she did her own makeup and her hair. She carried a very simple look, straight hair, minimalistic zero makeup look. She also did her own mehndi given the circumstances.

After the ceremony, the couple left together to meet a handful of important people

Once the ceremony ended, the couple met a few friends and relatives who weren’t invited and apparently had a blast

Shahroz Sabzwari made it to headlines quite often due to his second marriage with celebrated model and actress Sadaf Kanwal. Fans and media greatly questioned the association of the two stars as rumours were going around in circles that Shahroz was dating Sadaf. At the same time, he was still married to Syra, which he had initially denied in a video he uploaded on social media.