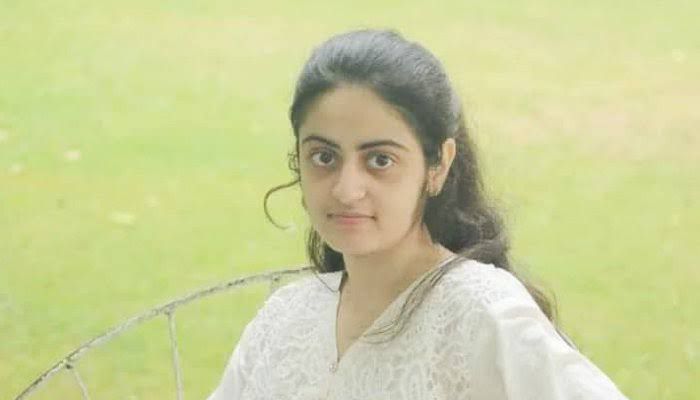 Five days ago, the 14-year-old stepped out of her home to dispose of garbage from the first floor to the ground floor in Karachi’s Alfalah area. Since then, no one has had a clue about her whereabouts. The kidnapping case has been registered on Zainab alert, and Dua’s father has also filed a police complaint against unidentified suspects.

Someone Please Fine This Girl

A local news report site claims that the parents have received ransom calls, and the numbers have now been provided to the authorities.

Praying with all my heart for Dua Zehra.. may she come home today.. Safe and sound.. Ameen. #DuaZehra

Journalist Ihtisham Ul Haq tweeted, “#DuaZehra went missing from Karachi on 16th of April and is still not recovered. My heart aches for this little girl and her family. May Allah keep her away from any harm and all the savages. I urge authorities to protect our children and recover her as soon as possible.”

#DuaZehra went missing from Karachi on 16th of April and is still not recovered. My heart aches for this little girl and her family. May Allah keep her away from any harm and from all the savages. I urge authorities to protect our children and recover her as soon as possible. pic.twitter.com/KXS27saY5u

There was also quite an uproar on social media after Dua’s parents revealed on the Ramzan transmission that the masjid refused to call out for help because of their daughter’s Shia name.

In today’s Shan e Ramzan, Dua’s parents told Wasim Badami that the masjid refused to call out for help because of her Shia name. MashaaAllah, the so-called Muslims of our country should get a Nobel prize. #DuaZehra

Prayers for #DuaZehra and family. May she and all missing children get back to their parents safely. I urge authorities to protect and safeguard our children. They are our future, there is nothing more important.

Dua’s father had mocked the current political scenario in the country, which only benefits the politicians and not the ordinary people such as him

14 year old #DuaZehra had gone missing around four days ago,her father has already filled a police complain,her father appealed to #Cheifjusticeofpakistan and quest that you open court's at midnight my daughter is also a Pakistani why didn't you open court's now after 12#DuaZehra pic.twitter.com/3x075e1Oi4

Thousands of people have been demanding authorities on social media to recover Dua as soon as possible. We hope she returns home unharmed.

5 Foods You Must Avoid for Sehri. Read the full story here:

Ramadan is the month of blessings for Muslims across the world. We fast from sunrise to sunset for 30 days. During this holy month, we must make better choices for food as we are fasting during the daytime. We must be cautious of the food we pick to eat as our last meal at sehri before fasting again. Consuming a balanced meal will help you stay fuller during the day. You may feel dehydrated throughout the day after consuming certain foods, or some foods may disturb your sleep…