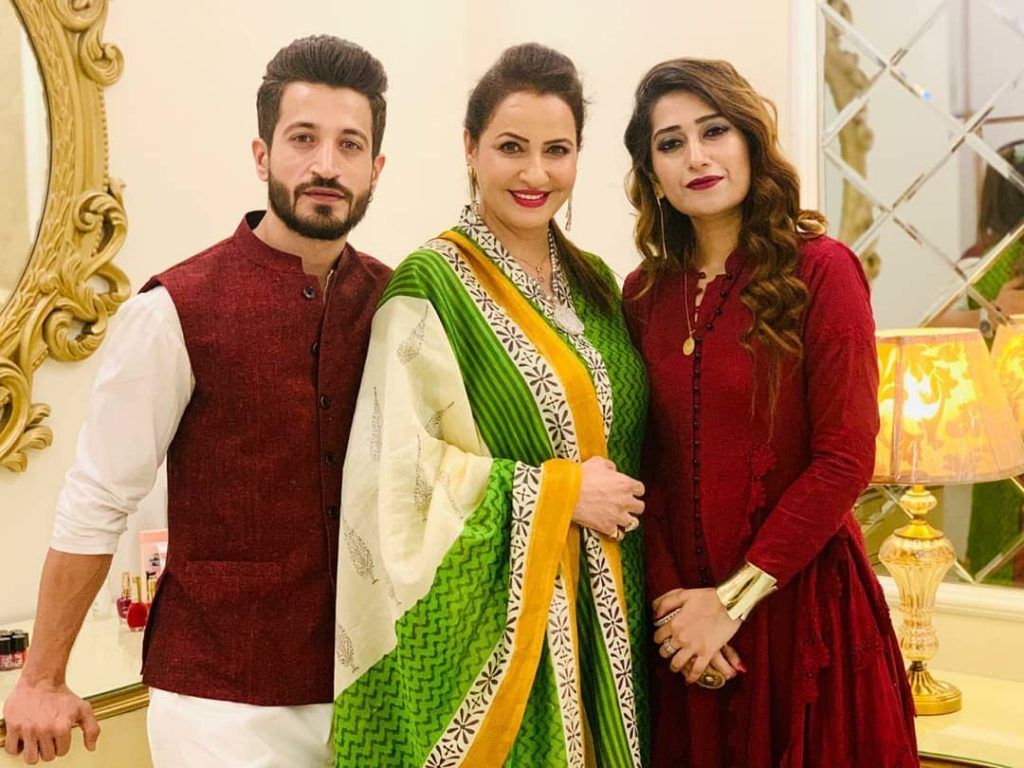 Veteran actress Saba Faisal recently made the headlines, not for her drama serials but because of a video she had uploaded about her daughter-in-law Neha Salman.

The video went super viral as Faisal called her DIL a home-wrecker and accused her of ruining her so, Salman Faisal’s life. Moreover, in the video, she tells her son you can walk away if you want to take her side.

“There’s an important reason why I making this video at this hour,” Saba began in the aforementioned clip. “I have never aired my dirty laundry in this manner before. However, I have been forced to discuss my personal matters publicly. To everyone who has been abusing me under Neha’s post, I want to say that when a woman like Neha becomes a part of a family – someone who’s as negative as her – then those families fall apart.”

She added, “I have been living a very difficult life for the last four years. I was worried about my son and kept wondering how he will live his whole life with a woman like Neha. I won’t get into the nitty-gritty of it but the severity of the situation could be understood that I have resorted to making a video about it.”

In response, Neha shared a cryptic post reading that one should never compare themselves with hose who enjoy haram. While some fans supported the veteran actress, there were those who supported Neha claiming that the video was uncalled for.

Who is Neha Malik & Why is She Trending on Social Media?

Now, Saba Faisal has once again released another video, but this time around, it is of an apology.

Reportedly, Saba made an appearance on a local talk show where she spoke about why she posted a video against her son Salman Faisal and his wife of four years, Neha Salman.

About why she posted the video at an ungodly hour, she said, “It was a sensitive time for me when I posted that video online. I shouldn’t have done that and I regret it.”

Faisal added that she has always shared a close relationship with her son and she only spoke against him because she was hurt. “If I took my son’s name in that video then you have to understand how truly hurt I was. But I understand how we, as adults, should handle such situations with maturity,”

She said. “Perhaps, I didn’t show that maturity for a while and reacted out of impulse. I’ve deleted both videos now because I couldn’t bring myself to see them again.” The actress also shared that when she was looking at proposals for her son, she found Neha and accepted and approved of her.

“Alhamdullilah she’s still with my son but you know we can’t change and mold people according to our ways of living and values. That’s why I regret posting the video.

Saba went on to describe the relationship she shares with her son. “Our relationship is very beautiful. He’s exactly the kind of child that I was to my parents. We’re very close but the love that we share eventually gets divided when a family grows.  Your time, attention and care gets divided but if there’s anyone taking a stand for that, then that’s my kid. He (Salman) is the kind of kid who knows how to sustain relationships.”

We are glad that the actress has realized what went wrong and hope that the family patches up again.

What are your thoughts about the whole fiasco? Share them with us in the comments below.

Mansehra to Get Pakistan’s First Cadet College for Girls