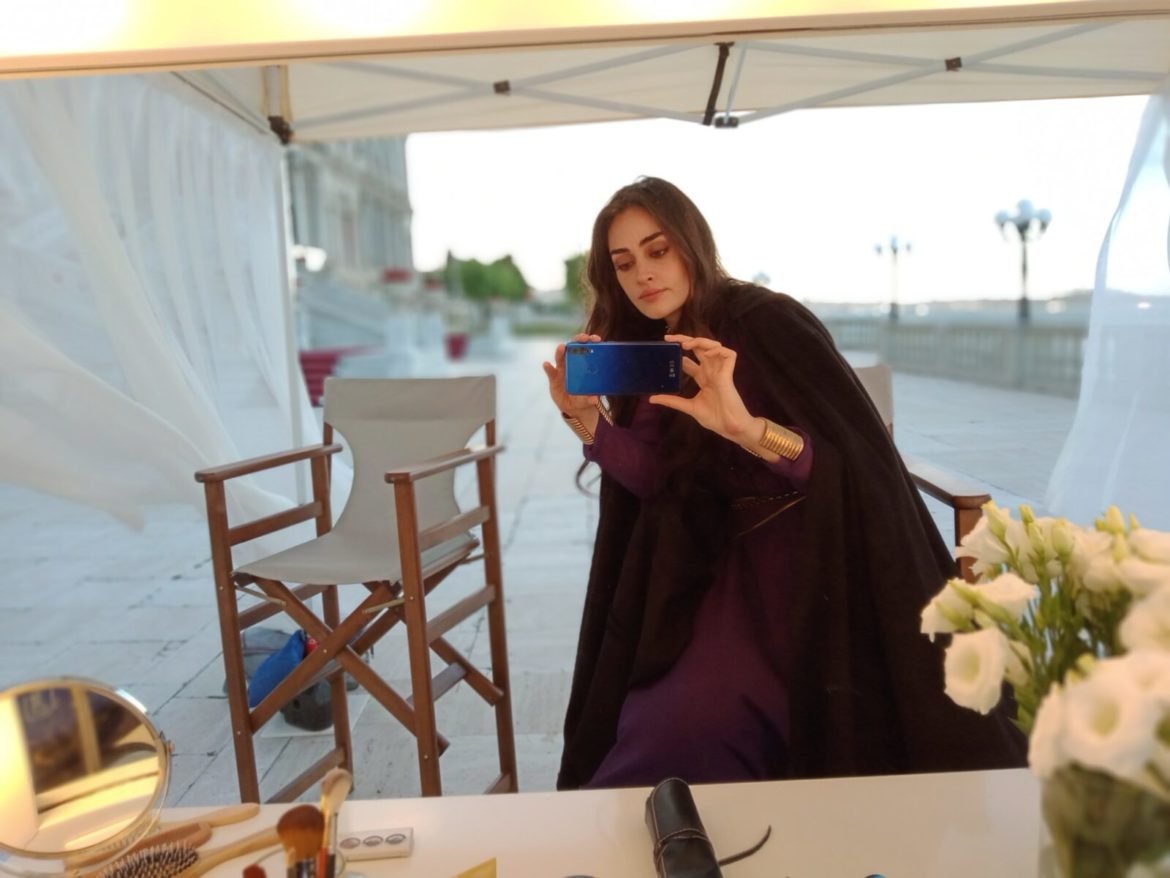 Ertugrul famed Turkish actress Esra Bilgic has been making waves on national news as well as social media, ever since the drama first aired on PTV. The fans seemed to have fallen for the starlet’s character and her personality, making her the most sought-after international celebrity by Pakistani brands. In an interview with Dawn Images earlier the actress revealed plans of working with three famous Pakistani brands but did not reveal their names.

According to the latest post shared by Q-Mobile on their Facebook page announcing the  exciting news, the doe-eyed starlet will be representing Q-Mobile as the brand ambassador for the View Max Pro series.

The drama Ertugrul Ghazai has won the hearts of millions of Pakistani viewers; the actors, including Esra, have revealed plans of visiting Pakistan post COVID-19. With fans wishing for her to appear in Pakistani productions, many big names have rushed to rope her in as the face of their brands. Seems like Q-mobile has won the race and has become the first ever mobile brand to rope in a celebrity from the drama.

Popular for glamorous, big-budgeted advertisements, Q-mobile has lived up to its legacy of signing local and international stars. Sonam Kapoor, Kareena Kapoor, Mahira Khan, Fahad Mustafa and Mehwish Hayat are a few big names who have previously been attached with the brand.

As ProPakistani reports, the CEO and Chairman of Q-Mobile, Mr. Zeeshan Akhter commented the following on the development;

“It has always been our vision to bring innovation in Pakistan through our products, technology and advertising. During the current times, we hope that this project will be a pleasant surprise for the Pakistani audiences and a benchmark for more collaborations of Pakistani brands with global celebrities.”

The campaign will be going live soon, with excitement and expectations running high from both, the phone, and watching a beloved star represent a local Pakistani brand on local TV screens.

Earlier last week, the actress dropped hints about becoming the brand ambassador for the PSL team, Peshawar Zalmi, and left the fans ecstatic. She wrote a tweet mentioning the chairman Javed Afridi and the team:

Esra’s face was featured on the cover of Pakistani magazine HELLO for their June Edition. This was her first ever photoshoot and exclusive interview experience with any Pakistani publication.

This was the first time that the Esra had appeared on any Pakistani magazine cover and it was also a proud moment for HELLO! HELLO took to Instagram to announce the big news.

Esra sure loves her Pakistani fans, doesn’t she?

Esra Bilgiç wins hearts and minds on the cover of HELLO! Pakistan this June, 2020. Pakistan’s favourite Turkish star took out time for her Pakistani fans to do an exclusive photoshoot for HELLO! following all Covid-19 protocols this month 😍🎉 This is her exclusive, first-ever interview and photoshoot for a Pakistani publication‼️🙌🏻❤️ Log onto our website www.hellopakistanmag.com or tap the link in our bio for #EsraBilgiç’s interview and free download of our latest magazine🌺 . #hellomagazine #instadaily #instagood #karachi #lahore #islamabad #instanews #instaupdate #hellopakistan

Do you agree or disagree with his opinion? Let us know in the comments below.