#PolishedManCampaign: Here is Why Pakistani Male Celebrities are Painting their Nails 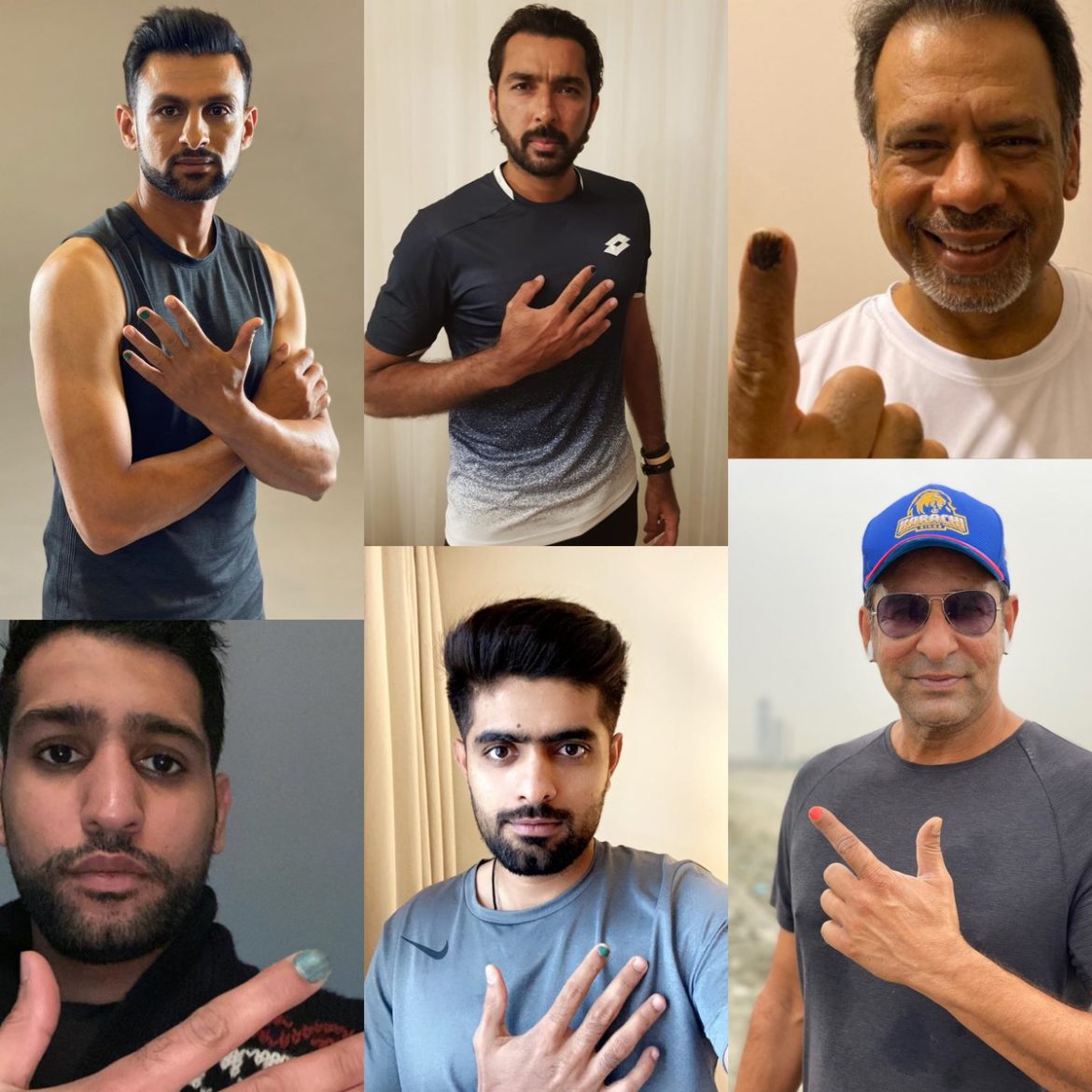 Wondering why pictures of Pakistani male celebrities with their fingernails painted, is trending? They have been raising awareness for the global Polished Man Campaign in order to educate and take a stand against the rising number of child abuse cases in Pakistan.

Photos of popular Pakistani male celebrities, including Wasim Akram, Humayun Saeed, Bilal Ashraf, Shehzad Roy and many more, have emerged with their fingernails painted as a part of the Polished Man campaign. A lot of speculation has been stirred amongst people as to why these celebrities were painting their nails and posting about it.

Shaniera Akram, who raises her voice and platform to spread awareness about human rights issues, took to social media to launch the Polished Man campaign that showcases a rather softer image of men in the country. They are not okay with children and women being abused in the country and want to show solidarity and stand up for this cause.

Via this campaign, Shaniera has shared the photos of many famous Pakistani male celebrities;

In one of the most powerful campaigns to come out of Pakistan, Celebrities & sports star rally together to show solidarity with the millions of children who suffer in silence at the hands of an adult. Today Pakistan says NO MORE #BreakTheSilence to #EndTheViolence #PolishedManPk pic.twitter.com/8cb9glr6dQ

The Polished Man campaign has been commemorated for a while now, but it is needed more than ever in 2020. The rapidly rising incidents of child molestation in Pakistan forced the male celebrities, ranging from the sports field to the entertainment industry , join the international cause to show their support for the suffering children and their families.

Psychological, physical, mental, emotional , sexual- all forms of abuse. All as dangerous as each other #EndChildAbuse #PolishedManPk

#PolishedMan campaign has been around for years & now in 2020, due to the highest level of child violence to come out of Pakistan, celebrities & sporting stars join this international campaign to show their support for children suffering in silence from child abuse in Pakistan🇵🇰 pic.twitter.com/bSS7Dlgvuu

Several celebrities joined the Polished Man campaign such as Adnan Siddiqui, Wasim Akram, Bilal Ashraf, Shahzad Roy, Humayun Saeed, Mikaal Zulfiqar and other who joined the cause by posting their selfies with their fingernails painted.

It’s about changing mindsets, doing something different, bringing about change though conversation. It’s about men stepping outside their comfort zones enough to make the pledge. Nail polish is not permanent it can be removed, but the scars from child abuse last a lifetime. https://t.co/ROyVIqbEFx

Every child deserves the right to feel safe and protected. NO MORE to child violence. Join me and become a polished Man. Children stay strong in silence every day, there is nothing tougher than painting a nail for them 💙 #PolishedManPk #PolishedMan pic.twitter.com/1oNUq4wUMg

As many as 1 billion children have been subjected to abuse in the past one year, which is approximately half the children in the world. This October, the campaign urges men to polish one nail to help initiate meaningful conversations about the issue.

It will also help in gathering donations that will help traumatized victims around the world to recover.

Too many children are suffering in silence. Too many children are victims of violence and torture due to the hand of an adult. And we have had enough. Children of Pakistan need our support. Join us today and say NO MORE. Become a polished man. A man who stands up to violence against children. To show your support, paint one nail and become a #PolishedMan. That one nail represents the millions of children who go unheard every single day. At least we have you talking about it #PolishedManPk #IamAPolishedMan #EndTheSilence

What is the Polished Man Campaign

Back in 2008, a foundation by the name of YGAP was started by a team of young and enthusiastic volunteers and has since matured into a high impact international organisation because of its impactful work.

The organization supports local entrepreneurs who have shown talent and drive to bring about a change in their  communities through social impact initiatives.

Hey Polished Legends, you did this! You have come together to raise over HALF a million dollars, HALF way through nail painting month🎉 Thank you for continuing to take a stand and actively commit to helping end violence against children. Keep on nailing it💅 pic.twitter.com/0f1ii87q38

They started raising money for child abuse as almost half the world’s children experienced violence in the last year alone. They’ve raised $530,743 donations and are still ongoing.

I am a Polished Man! Every child deserves the right to feel safe and protected. But here we are in 2020 where more than 10 children a day in Pakistan are subjected to abuse and violence (and that’s only what’s being reported) Too many little lives are suffering everyday at the hand of an adult and This needs to end now. We need to break this subject wide open, hear our children’s cries and vow to protect the children of this country from further abuse, torture and murder. This October, men all over our country and the world are coming together to say NO MORE to child violence and are standing up to help end the suffering. So Join me, in our fight and become a polished Man. So Man Up, be strong and Paint one or all your nails and show Pakistan your softer side. So take the stand and #GETPOLISHED Nominate 3 mates to do the same. Today I nominate @ali_zafar @imranismail.pti and @salman_ary #PakistanForPolishedMan #PakistanIsPolished #PakistaniMenSayNOMORE #EndViolenceAgainstChildren #IamAPolishedMan #PolishedManPk @polishedman

Ear Piercing Trends In 2020 That Are Here To Stay