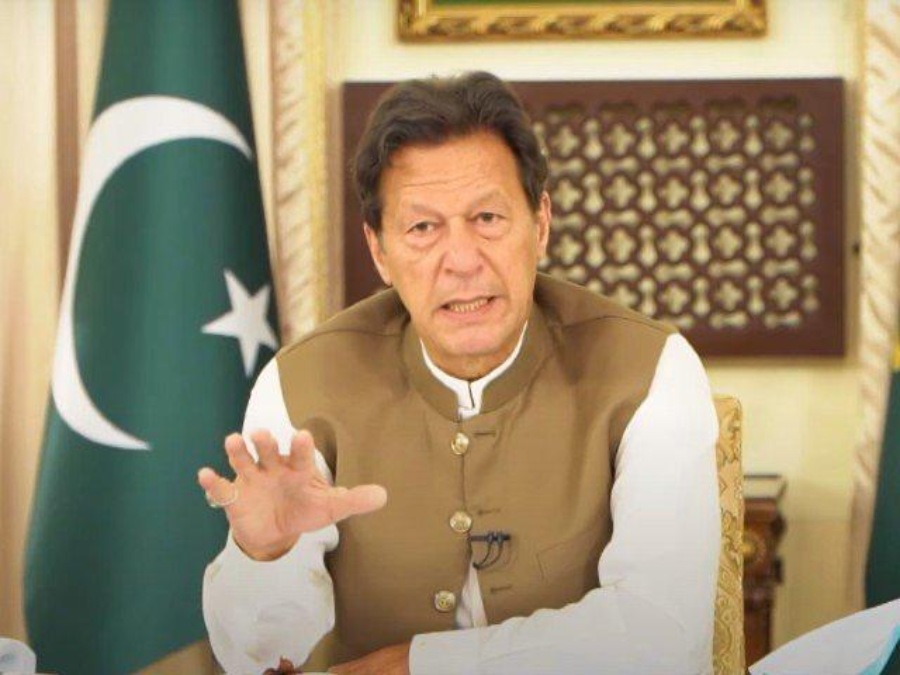 Prime Minister Imran Khan went live on the 4th of April to answer citizens’ questions in a live interactive session. The premiere was taking questions when a caller specifically asked what measures his government is taking to eradicate heinous crimes such as rape and sexual violence from our society.

Instead of addressing what his government may or may not do to protect women of the country, Khan blamed ‘fahashi’ as the root cause of rape cases and sexual violence in Pakistan. He said:

As soon as people heard his comments on the issue, they called Khan out for hypocrisy and for his insensitive comments

His assertion is clear: obscenity causes “temptation” – some men don’t have the “will power” to control their urge and commit rape

And somehow, divorce rate too is a contributing factor

So problematic. So dangerous pic.twitter.com/JBmCocjQf5

1. PM didnt argue pornography leads to rape. He talked about "fahashi" and not doing pardah

His propagation of this rape myth shows he has no understanding of the issue, and amounts to providing excuses for criminal acts of perpetrators while blaming the victims

R*pe is NOT a crime of lust or pleasure. It is a crime of POWER. It is abt violence, control & the need to dominate 'lesser' being.

Abt time IK understands this, stop blaming fahashi for everything & instead focus on education & guaranteed accountability to deal with this issue.

Utterly disappointed but not the least bit surprised at the archaic stance IK took on rape. It’s hard enough being a woman in this country, we’ve seen how easily the victim is blamed and your PM just validated this backward thinking men have. We honestly deserve better than this.

Shock & outrage as Imran Khan links 'vulgarity' with rise in rape & sexual violence..
PrimeMinister seems to blame women & how they dress instead of violent male behaviour who he said "cannot keep their willpower in check"
No word on law enforcement… https://t.co/5e9c2E7hjg

Activist M. Jibran Nasir also spoke on the matter, “Rape is a result of power imbalance, not temptation”

Dear @ImranKhanPTI rape is a result of power imbalance not temptation. Rapists control their urges when they've fear of retribution, accountability & conviction and when they're made free from such fears due to gendered social structures just like ours they'll even rape an infant

Strongly condemn @ImranKhanPTI’s recent views on rape culture.
It’s scary that our PM would have such cringeworthy opinions on such a matter. I really hope he redeems himself.

This is shocking. It is never the victims' fault. https://t.co/gRPA17r8uM

Anyone blaming clothes and not the rapist is a rape apologist.

Mr Imran Khan, listen to criminologists, forensic psychologists and researchers to learn and understand why heinous crimes like rape happen.

Imran khan is the perfect example of all the religious men who have partied throughout their lives but now impose “islam” on the women around them. Please stop using religion as an excuse for being a r*pe apologist, just say you’re a piece of shit with no braincells

So when @ImranKhanPTI goes abroad, does he ask the women around him to cover up so he doesn’t get tempted to rape them? Or are foreign women worthy of self control?

It is not the first time PM Khan’s ideas have been reflected in his interviews. Earlier on, he had said that Delhi is the rape capital of the world because of Bollywood. He said, “We have an advantage over other developed countries in the world. We have a family system that has not been touched by indecent influences.”

He added, “Look at Bollywood, look at the difference in their films now and those 40 years back. The indecency has grown to such exponential levels that Delhi has become the rape capital of the world.”