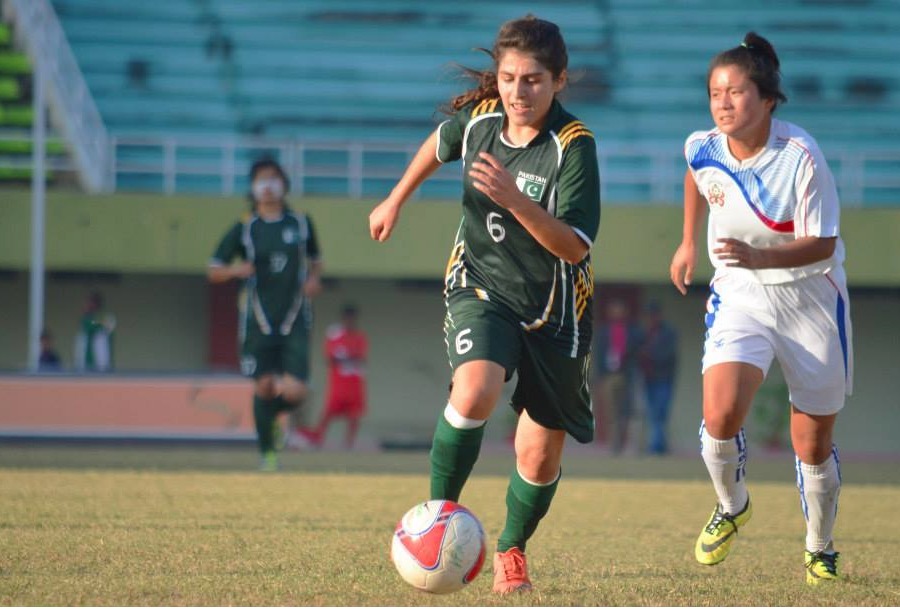 April 7: FIFA has announced the suspension of the football federation in Pakistan due to interference of a third party. Such interference is considered a serious violation. Hence, the Men and Women’s Pakistani Football teams are temporarily banned from participating in any games until FIFA receives a confirmation from the normalization committee of the PFF that the PFF’s premises, accounts, administration, and communication channels are again under its full control.

According to FIFA Media:

This situation was prompted by the recent hostile takeover of the PFF headquarters in Lahore by a group of protestors and an alleged decision by certain individuals to remove the FIFA-appointed normalization committee of the PFF led by Haroon Malik and to hand over the leadership of the PFF to Syed Ashfaq Hussain Shah.

FIFA issued a letter warning that, should the illegitimate occupation of the PFF headquarters not be lifted and the office bearers recognized by FIFA not be permitted free access to the building to carry out their mandate, the matter would be immediately submitted to the Bureau of the Council for decision.

During the tenure of PM Imran Khan, a sportsman-turned-politician. This is shameful and saddening beyond words! https://t.co/SLOHFA8OE6

This is nonsense. The race of so-called politics has swallowed football with all its might!!! https://t.co/xdCqHIZT2v

BREAKING: Pakistan Football Federation has been suspended by FIFA after the PFF Headquarters were illegally occupied. The suspension will only be lifted when the PFF House and accounts are returned to the NC.

dear PM @ImranKhanPTI, when you are done blaming women for getting raped and children for getting abused, maybe take a look at this 👇🏼 https://t.co/aaUx9O2xDn

So it finally happened. Sports ministry fails to get rid of football mafia. Uncertainty grips the future of Pakistan’s soccer @DrFMirza https://t.co/RYUFXdcsFH

All are useless, they've remained silent for more than a week.

April 3: Last week, the ongoing Women’s Championship that was taking place in Karachi was canceled by the committee. The action was taken after the Pakistan Football Federation (PFF) headquarters were attacked in Lahore. The FIFA-appointed Normalisation Committee (NC) on-site was physically charged, and their possessions were also taken.

The Karachi United were later pulled out of the National Women’s Football Championship. The game is now being organized without the PFF committee.

“Sports are essential for a society to remain healthy and provide us with the heroes we so desperately need to look up to and represent our country. At present, the current Pakistan women’s national football team seems to be going through a host of issues and I want to appeal to whoever is listening to please help them. We need this! We need them to shine.”

Mahira Khan also took it to her Instagram and said,

“Respect the game!!! Respect the players!! “We too are responsible for upholding the integrity of the game as it is challenged by politicised governance.”

“Stop letting us down, Not blaming Pakistan for the lack of opportunities but these people in power need to think about the people who were born in the country”.

This is what the captain of the Pakistan women’s football team, Hajra Khan has to say:

Federal Minister for Inter-Provincial Coordination Fehmida Mirza also tweeted about the matter. She said: “Had several meetings with the federation and NC. Even wrote to FIFA to send fact-finding mission and to hold elections as delay is badly affecting football in Pakistan #SavePakistanFootball.”

Had several meetings with the federation and NC. Even wrote to FIFA to send fact finding mission and to hold elections as delay is badly affecting Football in Pakistan #SavePakistanFootball https://t.co/JkdE4U8WqT

Captain of the Pakistan women’s football team, Hajra Khan, had also penned on Twitter, “Today, we stand our ground, and we stand it together! #NoMoreSilence.”

Pakistan Football Can be Banned for 5 Years🤦🏻‍♂️
Our Countries Football is Getting Worst then Worst @ImranKhanPTI needs to Do Something to Save it
I’m so Disappointed and I’m not Seeing Pakistan Playing FIFA World Cup in this Century #savepakistanfootball #savefootball #letusplay pic.twitter.com/HoPuR4zRUF

FIFA told Pakistan Football Federation to ban for five years but the federation said give us few days to resolve it. #SavePakistanFootball

Looks like #SavePakistanFootball has reached #PTI twitter circles but it might just be too late. 5 days in and their legislators are yet to even publicly acknowledge what happened. IPC Minister tweeted late last night.

Arrest the most faisal saleh hayat, then arrest all the district leaders who are responsible for the destruction of Pakistan football. #SavePakistanFootball pic.twitter.com/VCdGkiv7Kd

Yesterday Pakistans Star footballer said that I can arrange a FIFA friendly match in Pakistan. And today there has been a attack on Pakistan football association. And I am surprised that no one is talking about it. Raise ur voice.
Tweet using #SavePakistanFootball 🙏 pic.twitter.com/8BoH0KGTsP