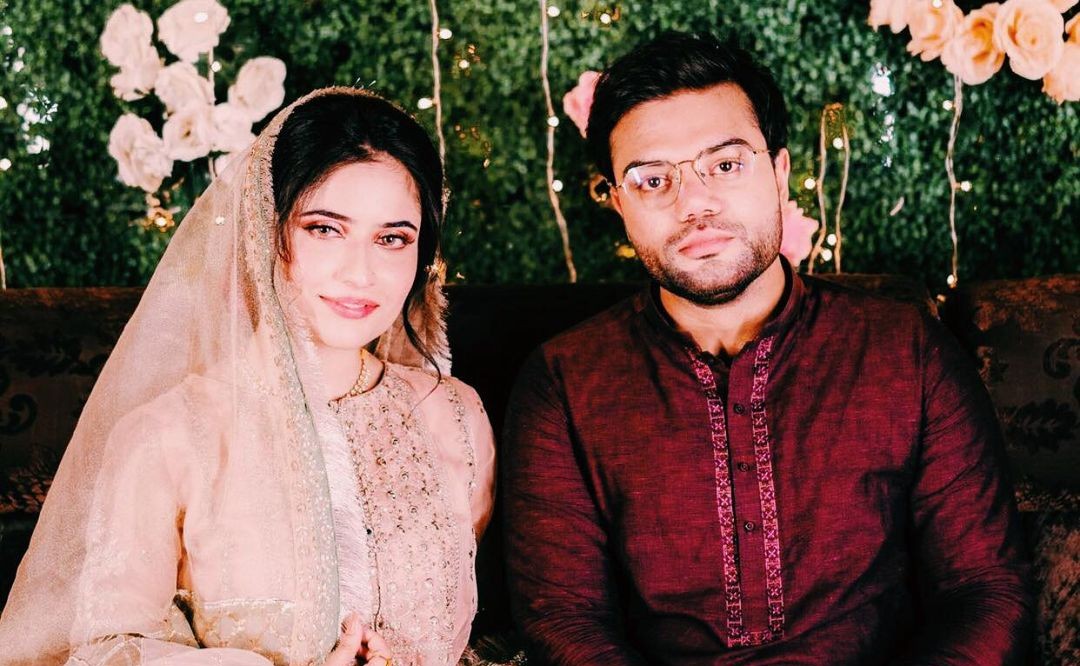 Seems to us that congratulations are in order! After weeks of anticipation, Pakistani YouTuber Ducky Bhai aka Saad Ur Rehman has finally tied the knot and revealed his wife to his YouTube family and the general public.

Photos of the couple began appearing last night on social media. Fans were eager to see who their favorite YouTuber had chosen as a life partner. Once they did, they left Mubarakbad’s and compliments for the couple on several social media pages.

His wife, Aroob Jatoi, also updated photos from the event on Instagram. The couple looked fabulous together!

As per his last vlog, he got Nikkafied and engaged to his wife on the same day.

He attended an event during the vlog and picked up rings for his big day. Safe to say, the selection was great.

During the past week, he has updated a vlog on his channel titled ‘Engagement Ke Kapray Le Liye’ with a thumbnail that hid his wife’s face with a heart emoji – garnering anticipation among his fans.

Like most YouTubers, he took his fans on the journey toward his big day, which included lots of shopping. From clothes to rings and other essential items – Ducky Bhai shopped till he dropped.

He finally completed the preparations and shopping list and updated his fans with another vlog titled ‘Engagement Ki Shopping Ho Gaye”.

Ducky Bhai is one of the most followed YouTubers in Pakistan. He resides in Lahore and has a total of 3.27 M subscribers on YouTube. We wish the couple the best of luck for their future.

Pakistani YouTuber Irfan Junejo, with 1.13M subscribers on the video-sharing platform, was honored to be featured on YouTube’s official Instagram page on the weekend. The social media platform termed Irfan’s channel a ‘cinematic universe.’ It promoted his YouTube channel by adding its link to its bio so more people could visit for great content. The caption says, “Head to @irfanjunejo‘s channel to wander into his cinematic universe.