On the day the verdict of the ‘No-Confidence Vote was announced in the Parliament of Pakistan, Reham was present at the venue, sitting with other women while they teased Imran Khan, called him names, and resorted to petty behavior.

Following Imran Khan’s removal as Prime Minister of Pakistan, Reham’s video clips from the Parliament of Pakistan started making rounds on social media, for which she received criticism. Other than the general public calling out Reham for her petty behavior, Pakistani celebrities also left comments underneath several posts on Instagram criticizing Reham.  People are disgusted by her disrespectful behavior and assume she is only here for publicity and attention.

Watch the Viral Clip Below:

In a comment on Instagram, Aiman Khan wrote, “Graceless ex.”  Adeel Chaudhry wrote, “What a horrible person she is.” Nadia Hussain wrote, “Uff.” 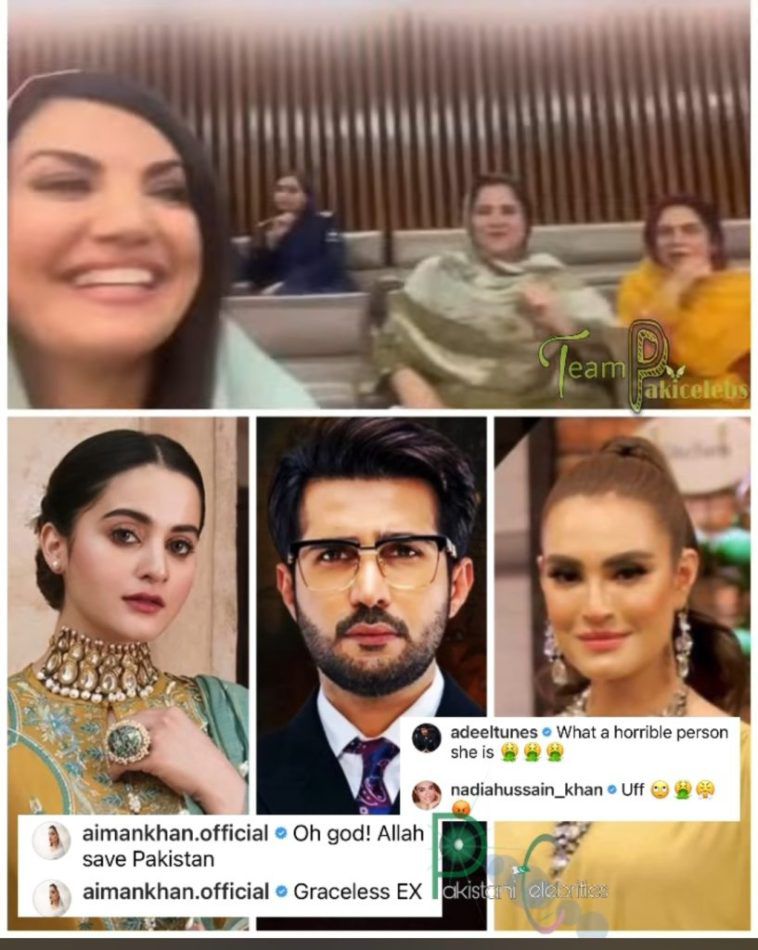 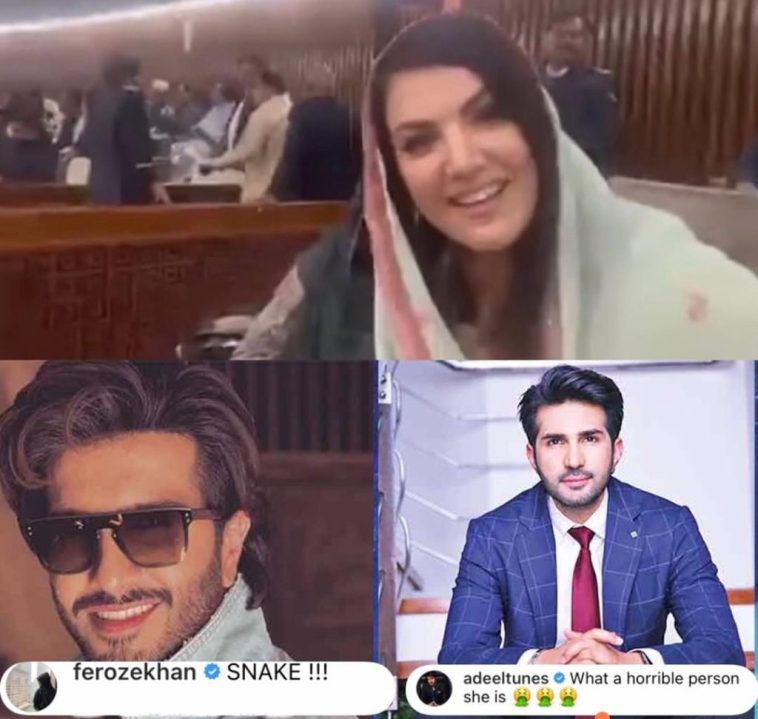 Reham Nayyar Khan is a British-Pakistani journalist, author, and filmmaker. She tied the knot with former Prime Minister Imran Khan in 2014 and parted ways within a year. Khan became the Prime Minister of Pakistan in 2018 and married Bushra bibi the same year. Since Reham Khan and Imran Khan had parted ways, she has been targeting him ever since. She joined the PDM to oust her ex-husband and was also at the forefront, hurling insults and jabs at him, calling him by his surname, Niazi.

German journalist and author Susanne Koelbl recently interviewed PM Imran Khan in Islamabad for Spiegel International. Koelbl and Khan touched upon many subjects during the interview, such as his country’s role in global politics, his appreciation for the Chinese leadership, and how Pakistan’s situation can improve. One such topic included Khan’s third wife, Bushra Bibi. Khan credited his wife for her wisdom.