Sunday, June 26 2022
Top Posts
3 DIY Hotpot Recipes You Can Make at...
5 Tips to Keep Your Hair Sweat-Free During...
Fawad Khan to Make Debut in Ms Marvel...
“Women Can Accomplish Anything They Set Their Mind...
TikTok Releases First Album of Viral Hits
Mehwish Hayat Makes Her Debut as a Djinn...
‘Girls are No Less Than Boys’ Says Pakistani...
Punjab Government to Provide Scooties to All Female...
Is Akshay Kumar’s Upcoming Film ‘Raksha Bandhan’ a...
On This World Music Day, Spotify Celebrates K-Pop...
CultureSocial Issues 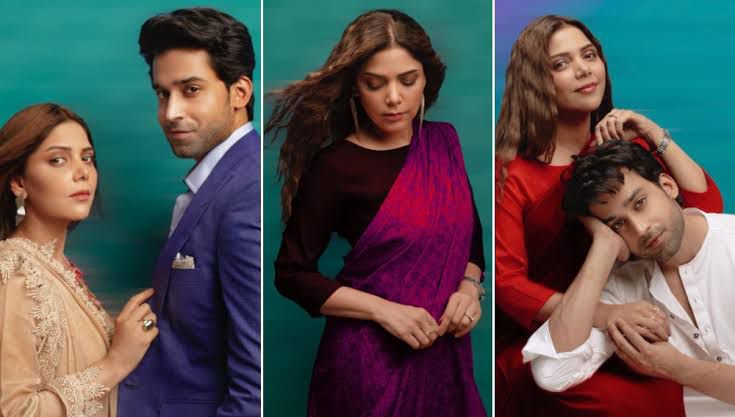 Pakistani television series, Dobara, produced by Momina Duraid, has been in talks for challenging social norms of a widow remarrying a young partner.

The drama features Hadiqa Kiani and Bilal Abbas Khan in pivotal roles. Mehrunisa, played by Kiani, gets another chance to remarry a young partner after his first husband’s death in his early seventies.

She was married off to her husband, Hidayatullah, at the mere age of 16 by her father when her husband was twice her age. Now, after his death, she has a chance to transform her life. However, the taboos surrounding a widow’s life catch up with her quickly. Additionally, her wish to remarry a younger partner makes it even more challenging for her to take this chance to alter her life for the better.

FINALLY found a new Pakistani drama that has such an amazing storyline. A must watch. Featuring powerful performances from @Hadiqa_Kiani @SakinaSamo @bilalabbas_khan
Touching on child marriage, finding love again & SO many other great topics. 😭❤️👏🏽#Dobara on @Humtvnetwork pic.twitter.com/0aqyMOD3d2

In our society, widows are expected to mourn their husband’s demise all their remaining lives, live a modest/restrained life, not wish to remarry. Other constraints of similar nature are also imposed. The Pakistani drama industry had not touched upon this sensitive topic earlier, but now it has, and it looks like it is pulling just the right strings.

The audience praises the drama for sending such a positive message across – that women deserve to be happy, no matter their age or marital status.

Kiani’s character is not just getting married again, but also to a younger partner, which again is a huge concern in society. The topics are sensitive, and all the reasons to watch the show.

#dobara Dobara is bitter sweet, where it is challenging the stereotypical notions of society about age difference in marriage, it is also giving hopes and dreams to many women which might not get fulfilled or hard to be true, as our society and our mindsets are maybe not ready to pic.twitter.com/G72NAKru2g

One of the best drama serial of recent times, talking about society's taboos and normalize getting marriage to some elder girl
Full marks to cast, producer and script writer

#dobara oh Maahir you are totally winning our heart,from letting Mehroo drive to holding her hand & bravely telling everyone about Nikah, you are giving men new goals on how to support & empower women.Just don’t break our heart agay ja ker. #bilalabbaskhan performance is 👌👌👌 pic.twitter.com/Jac0ugWxK7

We are loving the chemistry between Bilal Abbas and Hadiqa Kiani in drama serial #dobara 🙂 pic.twitter.com/299GJAKF1x

Wedding day is a special day for all brides and grooms, and so is for their families and friends. To make this day memorable, everyone puts in their efforts so the bride and groom can enjoy their big day. It is not Essential to Meet Unrealistic Beauty Standards. Practically both the bride and the groom must be comfortable in their skin to enjoy their day thoroughly. However, unrealistic beauty standards make this day a tough challenge, especially for the bride.