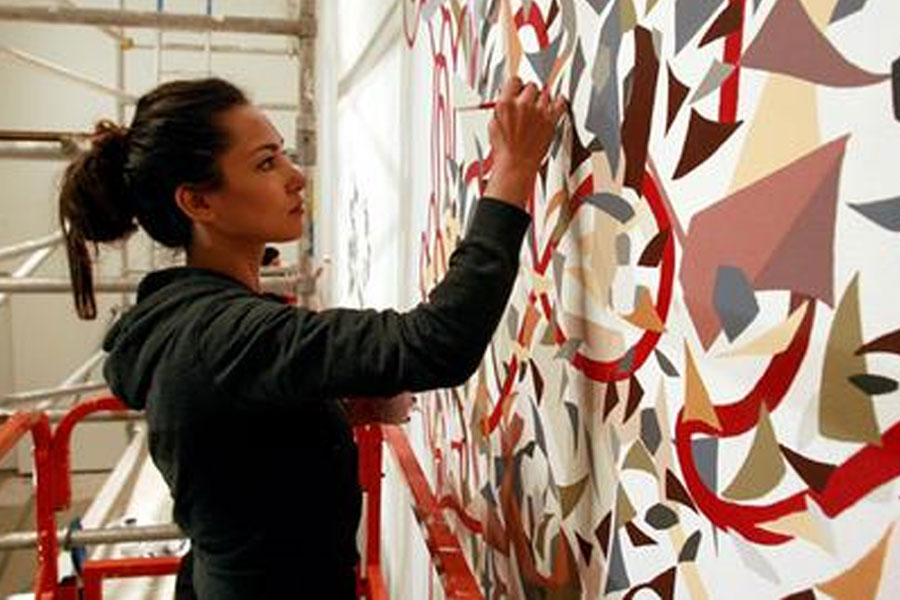 Once again a Pakistani woman has shown that we are a country filled with talent and finesse. Pakistani-American artist Shahzia Sikander has won the Fukuoka Arts Award and is based in New York with a background of B.F.A. (1991) from the National College of Arts in Lahore, Pakistan.

This talented lady is making waves overseas as her artwork has been turning heads. Sikander is an expert in pre-modern and classical Central and South-Asian miniature painting, also called neo-miniature.

Some of her most well-known works are her Mughal and Persian miniature paintings. Moreover, she is also an installation artist, mixed media artist, muralist, and performance artist.

Shahzia Sikander’s work is hanging on the walls of several galleries including the Sean Kelly Gallery. She started her career in the 1990s at major galleries. By 1999, she was hosting solo exhibitions and used traditional miniaturist techniques and forms to display contemporary issues through rich narratives.

Sikander has been recognized for her contribution to the arts, as well as for representing Pakistani females who wish to indulge in art as their choice of career. She has become a symbol for women across the globe.

Here are some of her iconic artworks:

The Fukuoka Arts Award is rewarded to artists on the basis of eminent achievements in the Asian region. The Prize aims to foster and increase awareness of the value of Asian cultures and to establish a foundation from which people of Asia can learn and share with one another.

what are your thoughts on Shahzia Sikander’s achievement?