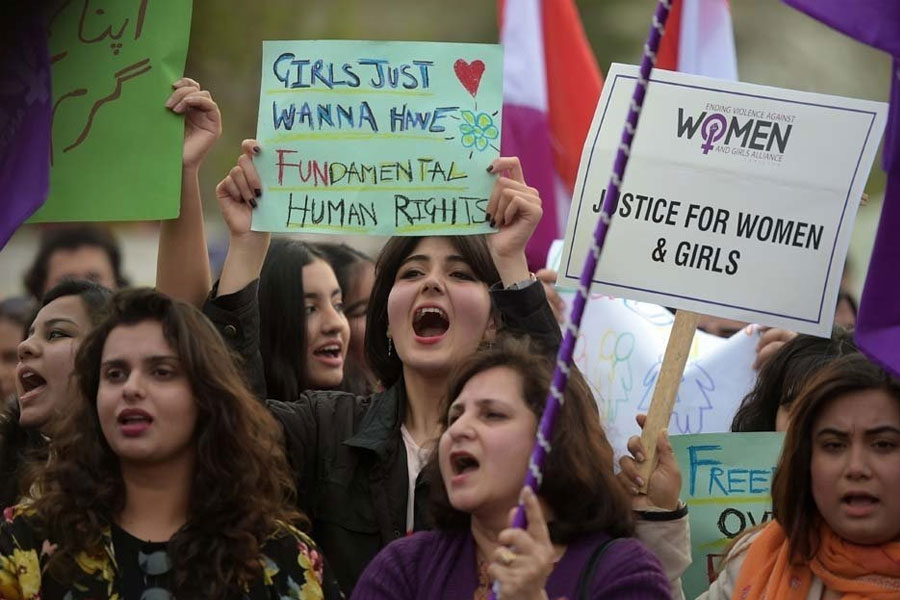 Gender equality continues to deteriorate in Pakistan as the country ranks second-worst out of 146 countries. Pakistan is home to 107 million women, yet when it comes to closing the gender gap, the country is still struggling.

According to the World Economic Forum, Pakistan has closed its gender gap by 56.4 per cent (a score of 0.564) — an increase of 0.8 percentage points. This is the highest overall level of parity the country has recorded since the report was launched in 2006.

The report looks at the country’s performance in closing gender-based gaps in four critical areas: Health and Survival; Education Attainment; Economic Participation and Opportunity; and Political Empowerment and issues the rankings accordingly.

If break down the critical areas further, Pakistan stands at the 135th position with a score of 0.825 in Educational Attainment, 0.331 in Economic Participation ranking at 145, 0.944 for Health and Survival (143rd), and  0.156 in Political Empowerment.

According to a report by DailyTimes, gender quality plays an important part in a country’s stability. However, due to the patriarchal nature of the society in Pakistan and regressive cultural norms, a woman is not given equal access to education, health and other economic opportunities as she is considered to be a weak segment of society that should not be given liberty to exercise her free-will and choices of life.

Furthermore, the report reads that experts say that the widespread poverty and unsafe social environment also create hindrances for women to step out, seek education and gain financial security. Social pressure and religious backlash are the most prominent factors for increased gender disparity in Pakistan. There exists a wide gender gap between men and women in key areas-health, education, economy and politics.

At this rate, closing the gender gap seems like an extreme challenge which can take several years to overcome. On the other hand, according to a WHO report, girls are at higher risk of death 68 per cent compared to 57% of boys. There is an evident gender bias present in the availability of social determinants of health, and relevant health facilities including access to safe drinking water.

“Huge health disparities exist within and between the provinces along the lines of class, rural-urban divide, gender, caste and religion. With increasing poverty and high unemployment, people’s purchasing power with regards to healthcare is diminishing fast”, states the report.

Experts suggest that the country needs to first focus on making women economically empowered through education, jobs, and financial freedom, and then support women entrepreneurs who can majorly contribute to the economy.

What are your thoughts? Share them with us in the comments below.