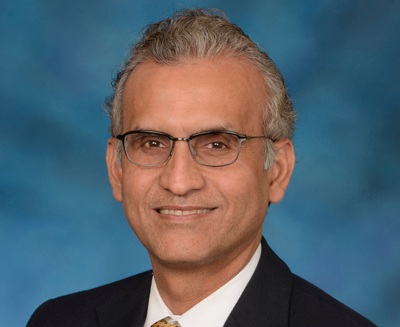 Pakistan-born Dr. Muhammad M. Mohiuddin has made history by transplanting a genetically modified pig’s heart into the human body. This is a historic milestone for the doctors and researchers of the University of Maryland School of Medicine (UMSOM).

Dr. Muhammad M. Mohiuddin MD is a scientific and program director of the Cardiac Xenotransplantation Program was directly involved in the groundbreaking surgery. He is also a leading expert on transplanting animal organs called xenotransplantation. Furthermore, he is also the professor of surgery at the UMSOM.

In a statement issued by the UMSOM and the University of Maryland Medical Center (UMMC), he says, “This is the culmination of years of highly complicated research to hone this technique in animals with survival times that have reached beyond nine months. The FDA used our data and data on the experimental pig to authorize the transplant in an end-stage heart disease patient who had no other treatment options.”

In a YouTube video uploaded on the University of Maryland School of Medicine account, the Dr. said, “We are all very excited to see this big heart beating in a human. This big heart has performed so far, very well. Even beyond our expectations, we have not seen any signs of rejection.”

He added, “There are hundreds and thousands of people all around the world who are waiting for the organ and unfortunately just like this patient, may not qualify for an organ transplant. So, if xenografts become readily available and are allowed to be put in these patients, all these patients could receive a heart or any other organ from these modified pigs and we would be able to save their lives.”

He concluded, “It is a game-changer because you know we will have these organs readily available if this works and, you know, and I hope it will work. We will have these organs available. We have the technique of genetically modifying. So if there is more tweaking required for modifying the genes we will be able to do that and can customize the heart or the organs for the patient.”

According to Samaa, the Sindh government has issued Rs 40 million for actor and comedian Umer Sharif’s treatment, currently fighting for his life. The government also arranged an air ambulance for Sharif to fly out to the United States for a high-risk procedure. Earlier on, Umer had appealed to the government in a video message for help. The doctors had advised the ailing comedian to go to the US for better treatment.