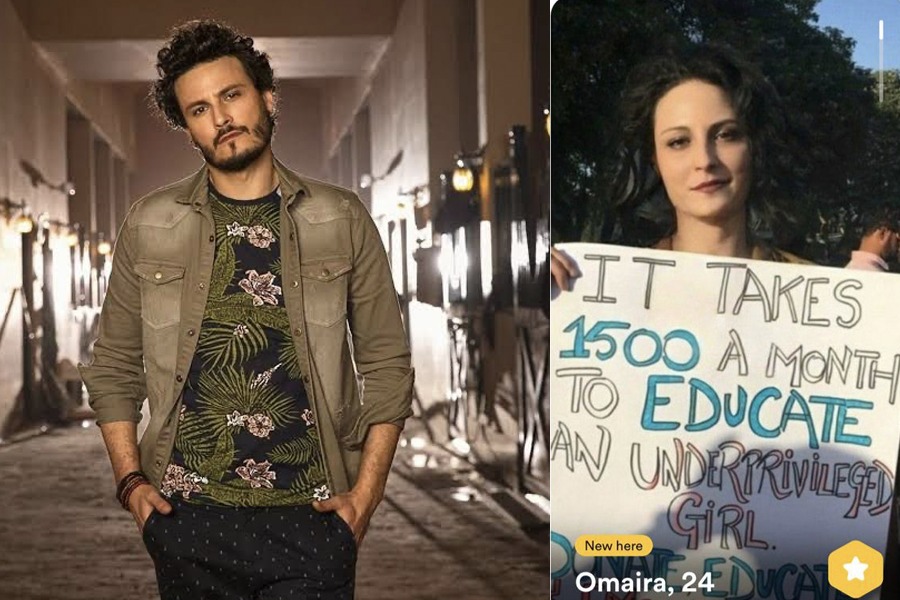 Today, Pakistani actor Osman Khalid Butt probably woke up on the wrong side of the bed. The star found himself transformed into a woman in a doctored picture of him holding a placard at a march he attended last year.

What surprised him was that the image was used to create an account on the dating app called Bumble. A Twitter user who posted the screenshot of the profile was assumingly on the app when it struck him that the woman in the picture is a doctored image of Osman Khalid Butt.

He went ahead and posted the screenshot on Twitter for some banter. However, social media did what it does best, and the tweet reached out to many people quickly.

Osman Khalid Butt himself saw the tweet and quoted saying, “I’m less ticked off at the catfishing and more at the fact that I look like a cousin of mine and just – blekh.”

I'm less ticked off at the catfishing and more at the fact that I look like a cousin of mine and just – blekh. https://t.co/MGe1a26E79

Quickly more people began responding to the tweet on the micro-blogging site. A user said,
I fuckin love this man”.

Someone wrote, “not gonna lie, you look like a peng ting tho, and I would definitely swipe right.”

not gonna lie you look like a peng ting tho, and I would definitely swipe right 😂😂😂 https://t.co/hOA9eMUDcL

A user wrote that the girl behind the account could’ve chosen anyone, but she chose Osman Khalid Butt. “I’d be flattered If I were you lol.”

I mean she could have chosen anyone, but she chose to be you, to go on a pull. I'd be flattered if I were you lol.

But, you look better than most girls without makeup, facial treatments, threading, botox, hair removal etc…. (she doesn't seem very happy though)…. pic.twitter.com/OCY2JMIjAc

All in all, everyone had a great laugh!

A Uni Dating App That Seems to be Designed for IBA Students & Alumni Only Goes Viral. Read the full story here:

A uni dating app has been making rounds on social media because it is connected to one of the best business schools, the Institute of Business Administration (IBA) in Karachi, Pakistan. Dating is taboo in Pakistan due to religious and cultural reasons and most often happens behind doors. Dating apps are popular worldwide, such as Tinder, Bumble, and many more. In Pakistan,  Tinder was banned by the government to use.

In Pakistan, Female Literacy Rate is 49%, Lets Raise Voice on International Education Day for the Right of Education for Girls #12yearsofeducation