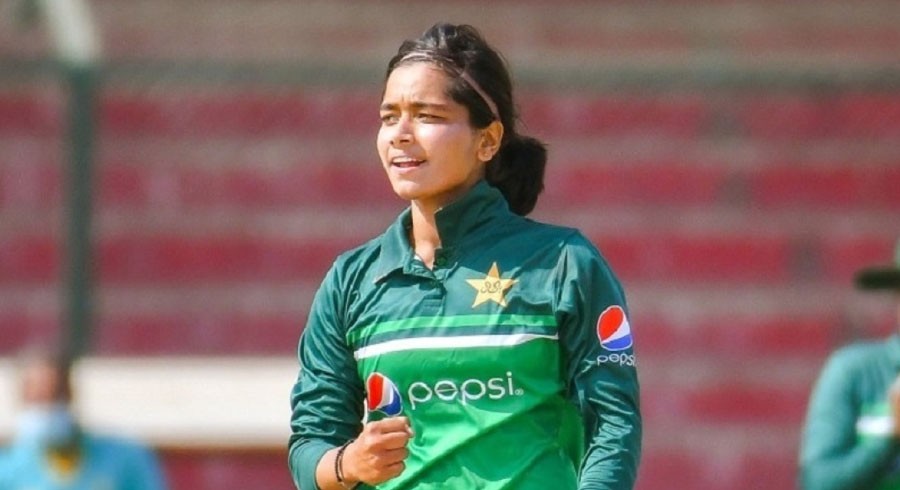 As per the statement issued by ICC,  Sana “impressed one and all with her all-round efforts in 2021. She became an integral part of Pakistan’s ODI and T20I side owing to her wicket-taking ability as a bowler and ability to add handy runs down the order at the same time.”

A new star is born 🌟

In July, everyone witnessed Sana’s most memorable performance in the Caribbean when she claimed her maiden five-for in ODIs. Moreover, she also played an attacking knock of 28* to power Pakistan to a 22-run win (D/L Method).

From Sana’s 24 wickets last year, 18 came in the 11 matches she played against the West Indies. She showcased a lot of compassion when attacking West Indies batters and succeeded in keeping them at bay.

The ICC statement further said that Sana has “shown good power and range as a lower-order batter too. Batting at No.8, she has registered impressive scores of 28*, 22*, and 17* against strong sides like West Indies, South Africa, and Zimbabwe, respectively.”

In April 2019, the 20-year-old was also named to Pakistan’s squad for their series against South Africa.

International Cricket Council (ICC) has nominated 5 Pakistani cricketers, including Javeria Khan & Sana Mir, for ODI Teams of the Decade. The news was revealed to the general public on Wednesday. A total of 11 players will be picked from the 16 nominated by the ICC for Women’s ODI XI and Men’s ODI XI for the decade.