Sunday, June 26 2022
Top Posts
3 DIY Hotpot Recipes You Can Make at...
5 Tips to Keep Your Hair Sweat-Free During...
Fawad Khan to Make Debut in Ms Marvel...
“Women Can Accomplish Anything They Set Their Mind...
TikTok Releases First Album of Viral Hits
Mehwish Hayat Makes Her Debut as a Djinn...
‘Girls are No Less Than Boys’ Says Pakistani...
Punjab Government to Provide Scooties to All Female...
Is Akshay Kumar’s Upcoming Film ‘Raksha Bandhan’ a...
On This World Music Day, Spotify Celebrates K-Pop...
Education

In Pakistan, Female Literacy Rate is 49%, Lets Raise Voice on International Education Day for the Right of Education for Girls #12yearsofeducation 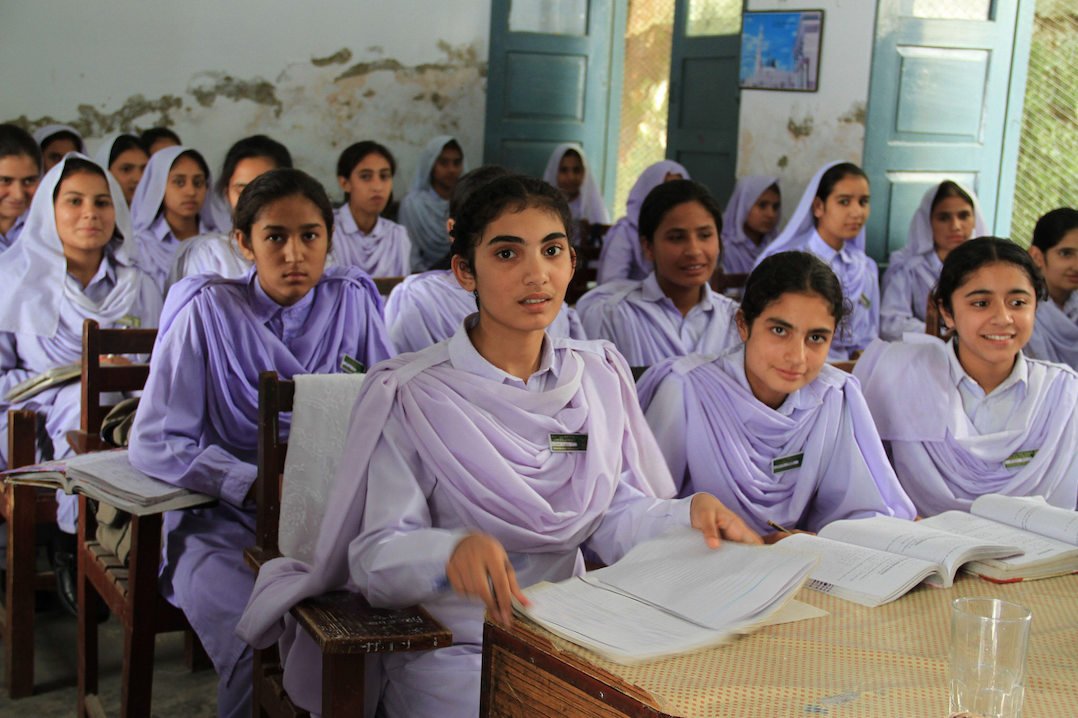 Today is Internation Education Day. A day when we speak of “fundamental right to education, building more sustainable, inclusive and peaceful futures.”

The United Nations (UN) calls for “Changing Course, Transforming Education” on this international education day.  As per the UNESCO report, “transforming the future requires an urgent rebalancing of our relationships with each other, with nature as well as with technology that permeates our lives, bearing breakthrough opportunities while raising serious concerns for equity, inclusion, and democratic participation.”

Education is every human’s basic right; we must do everything in our power to provide for those who have been neglected of it. As stated by Pakistan Coalition for Education (PCE), in Pakistan, 22.8 million out-of-school children in Pakistan, 53% are girls. Pakistan can’t overcome the education crisis until girls receive education for at least 12 years.

Of the 22.8 million out-of-school children in Pakistan 53% are girls. Pakistan cannot overcome its education crisis without ensuring atleast 12 years of education for every Pakistani girl. #لڑکیوں_کو_پڑھائیں_اپنی_طاقت_بنائیں #InternationalDayofEducation #12yearsofeducation pic.twitter.com/s7ytLzfkqr

The pandemic has become another great reason why girls are out of school. This puts them at an increased risk of early marriages, early pregnancies, and domestic violence.

COVID_19 has affected over 20 million girls due to extended school closures in Pakistan, putting them at an increased risk of early marriages, early pregnancies & domestic violence. #InternationalDayofEducation #12yearsofeducation #لڑکیوں_کو_پڑھائیں_اپنی_طاقت_بنائیں pic.twitter.com/DPMtUtOfis

In Pakistan, the female literacy rate is 49%. To help elevate this percentage, we must demand “an Education Parliamentarians Caucus, recognizing that Education is a fundamental constitutional right for all.” 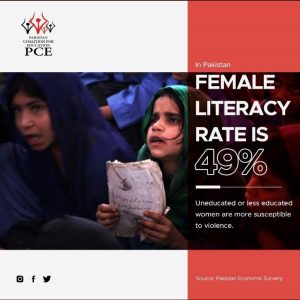 The #CSOs, industry and development partners working actively in education stand as ONE across Pakistan – All are acting on the call to create an Effective Action-Oriented #EducationParliamentariansCaucus. #EducationforALL #InternationalDayofEducation #TransformingEducation (4/5)

We have seen Sadaf Kanwal owning the ramp when she walks down showcasing a designer’s work. She’s equally in command during her photoshoots, on TV, and in films. However, the model-turned-actress didn’t appear in many interviews until 2018. This was when she made statements that were considered controversial, such as the one on the #MeToo movement, during an interview alongside Amna Ilyas on Tonight with HSY.