Sunday, June 26 2022
Top Posts
3 DIY Hotpot Recipes You Can Make at...
5 Tips to Keep Your Hair Sweat-Free During...
Fawad Khan to Make Debut in Ms Marvel...
“Women Can Accomplish Anything They Set Their Mind...
TikTok Releases First Album of Viral Hits
Mehwish Hayat Makes Her Debut as a Djinn...
‘Girls are No Less Than Boys’ Says Pakistani...
Punjab Government to Provide Scooties to All Female...
Is Akshay Kumar’s Upcoming Film ‘Raksha Bandhan’ a...
On This World Music Day, Spotify Celebrates K-Pop...
CultureSports 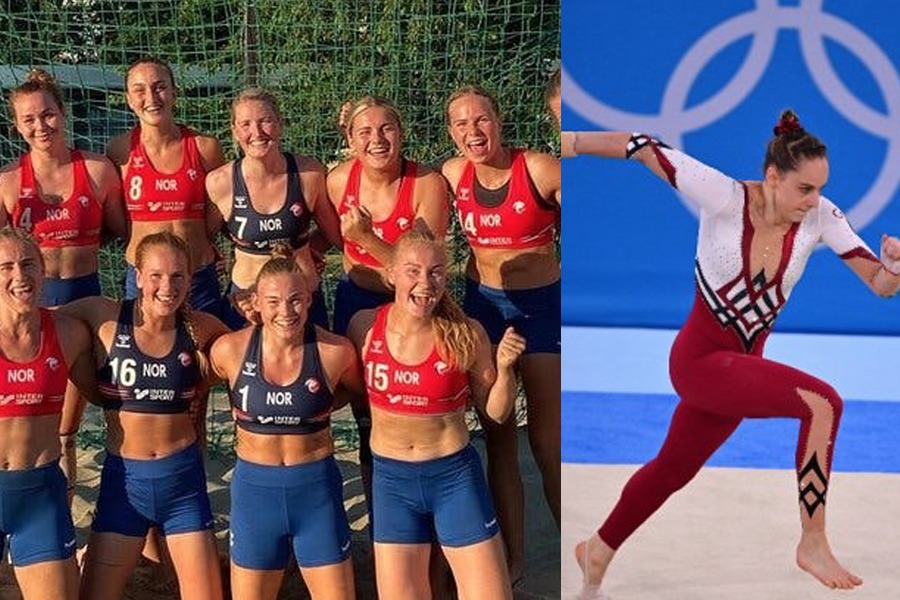 Breaking the Rules to Stand up Against Sexualisation their Sport

Norway’s female team appeared in shorts paired with the sports bra and was fined 1,500 Euros ($1,770).  The European federation said the fine was imposed due to “improper clothing and a breach of clothing regulations.”

The Norwegian Handball Federation didn’t question the decision of the European federation. It was ready to fill in for the fine imposed regardless of the Norwegian team, and several others found this unfair.

US pop singer Pink learnt about the fine and instantly offered to cover it for the Norwegian female beach handball team.

Pink said she was “very proud” of the team for protesting against the rule. She said in a tweet, “The European handball federation SHOULD BE FINED FOR SEXISM. Good on ya, ladies.”

She added, “I’ll be happy to pay your fines for you. Keep it up.”

I’m VERY proud of the Norwegian female beach handball team FOR PROTESTING THE VERY SEXIST RULES ABOUT THEIR “uniform”. The European handball federation SHOULD BE FINED FOR SEXISM. Good on ya, ladies. I’ll be happy to pay your fines for you. Keep it up.

It seems like women are finally ready to take a stand on their uniforms, especially those that objectify them. Women and girls in sports have only covered their legs in international competitions for religious purposes.

On Sunday, three German women’s gymnastics team members at the Tokyo Olympics opted to wear full-body suits. They felt that their stance promoted freedom of choice.

According to the German federation (DTB), the decision was because gymnasts performing in the Swiss city of Basel were taking a stand against “sexualisation in gymnastics”, adding that the issue had become all the more important to prevent sexual abuse.

British-Pakistani boxer Haseebah Abdullah, based in England, is working tirelessly to bring uniformity across the sporting industry. Last month, Haseebah was recognized as a “Hometown Hero” by Birmingham 2022 Commonwealth Games. The international multi-sport event acknowledged her for a “huge role in making the sport more inclusive” as England’s first hijab-wearing boxing coach.