Noor Mukadam’s brutal murder has lead to serious conversations surrounding abusive men in our society. In the light of the current events, Pakistani actress, Saba Qamar shared her two cents on the matter. She called out men to break their bro code and address the problematic behaviour of other men in close circles.

Upon Saba’s comments, singer Meesha Shafi reminded Saba Qamar that she herself has resisted calling out predators and is “supporting and giving space to” known sexual harassers.

A Social Media Cross Over

In later hours of Monday, Meesha took it to her Instagram and posted a Story with a local publications post that extended Qamar’s message to her followers against sexual harassment. In the Story, Meesha wrote:

“This is what epic hypocrisy looks like, ladies and gentlemen.”

Following that, many were wondering what Shafi was referring to. So she cleared the context on the matter in the next story saying, “A lot of you are asking for context out of genuine curiosity and need to understand.”

She added, “Partying with, supporting, giving/sharing space, validating, endorsing and doing frivolous Instagram Lives with known sexual harassers and then putting out holier than thou statements about calling out predators is literal hypocrisy.” 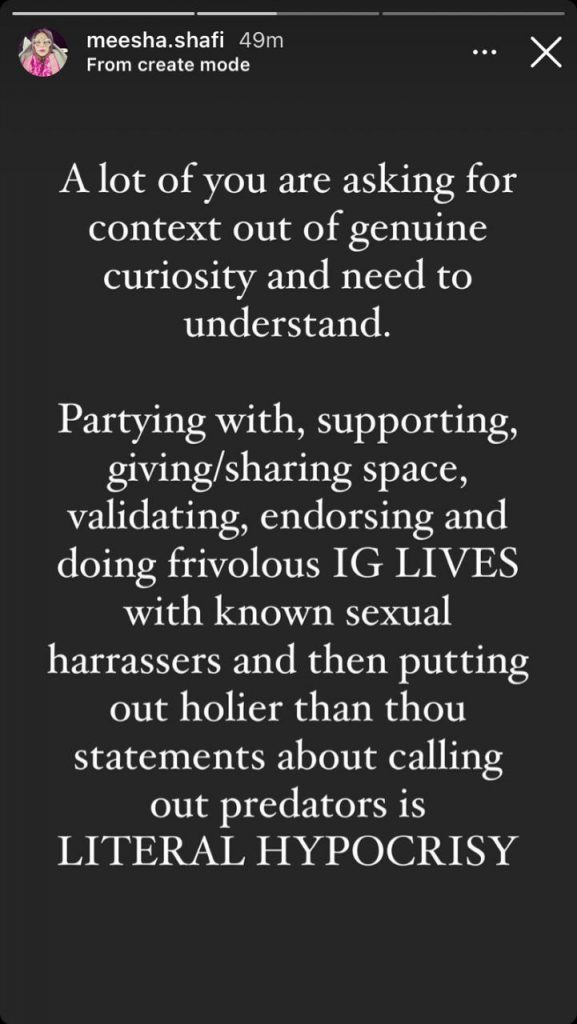 The singer then said in the following story that her followers might have “missed that this happened or have forgotten”. She wrote,  “The victims and their trauma can’t miss it or forget even if they want to. They can’t miss it because they feel it in their hearts. In their gut. In their mental health. In their nausea. In their daily lives.”

Addressing Qamar, Shafi said, “You don’t get to say this [call out sexual predators] without first holding yourself accountable for your own enabling actions and words defending and supporting predators after survivors have shared their experiences against all odds.” 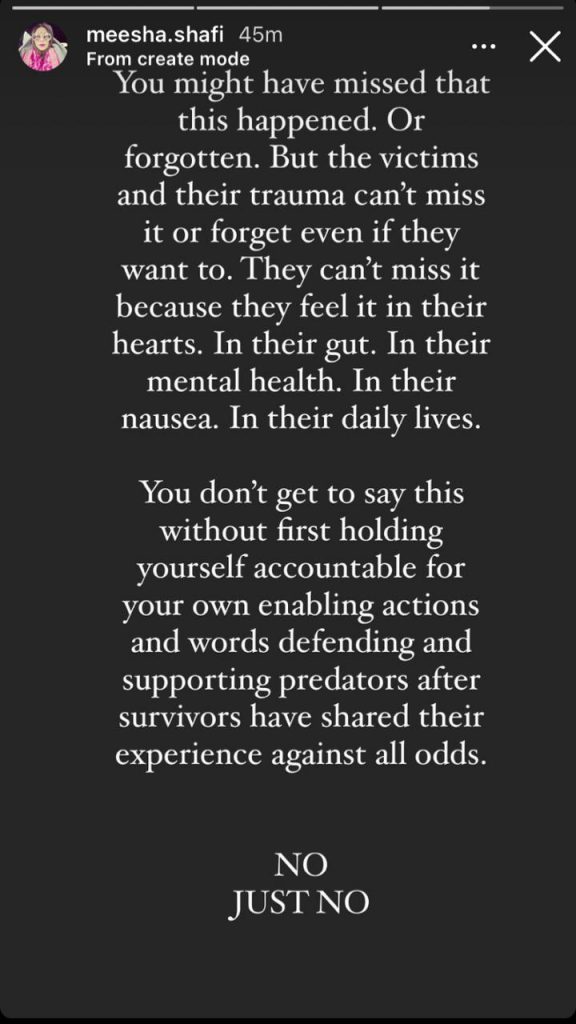 The son of a prominent businessman in Pakistan, Zahir Jaffer is in police custody after being found with Noor Mukadam beheaded at his house in Pakistan’s capital, Islamabad. The 27-year-old’s father is Shaukat Mukadam, a former diplomat who served Pakistan as an ambassador to South Korea and Kazakhstan. The barbaric killing of Noor has sent shock waves throughout the nation. The murderer has been booked on the (302) premeditated murder charges of the Pakistan Penal Code.

Maskne: What is ‘Mask Acne’ & How Can You Prevent It?

Postpartum is One of the Most Ignored Mental...

How to Find a High Quality Research Paper...