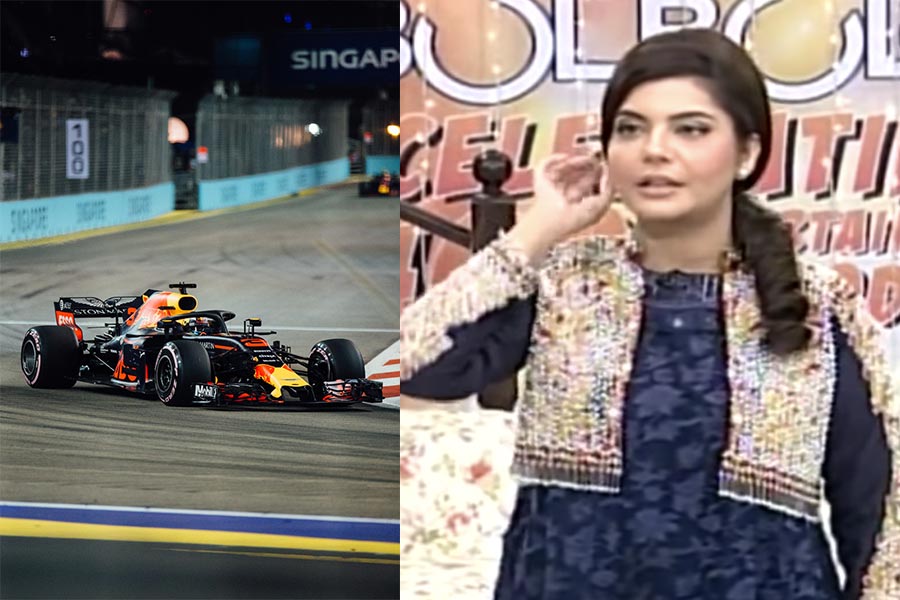 Nida Yasir’s morning show is popular across Pakistan. The show features many segments, which include interviewing Pakistanis from all walks of life. Of course, they deserve to be on national TV for something incredible they have done in their lives.

Similarly, in 2016, two students from NUST, Abdul Aleem and Mohammad Shariq War, were invited to her show Good Morning Pakistan on ARY Digital. Both Aleem and Shariq were part of a team that had built an electric racing car and were going to the Formula Student in the US.

In the clip making rounds on social media, the Naadaaniyan star can be heard questioning guests how the car works. Her first question was if more than one person can sit in the car or not.  Aleem replied, “Actually, it is a Formula car. So only one person can sit inside.” Nida then made a witty remark, “Oh, so it’s just a formula for now? Have you done an experiment on any car?” At this point, the engineers were left baffled as the host had not researched their work before inviting them over.

But they were kind enough to answer her sturdily. One of them said, “No, it’s a Formula car. We’ve made one. It’s a race car.” Nida then questioned, “So, does it drive as fast as a petrol-fuelled car?”

I would say stop bashing Nida Yasir and blah blah blah but,
She should research her guests and the topic before coming on stage. That's her job. Mtlb aik limit hoti hy. She always says dumb stuff, it's not the first time. But this, i think, is the limit.

A part of my heart feels sorry for Nida Yasir but honestly, the video itself plus the tweets on #Formula disaster are hilarious 😆. Why don't they do some research before conducting interviews?

In case you wish to watch the episode:

Pawri girl, Dananeer Mobeen, sent her fans into a frenzy last night after uploading a short clip of her leaving Islamabad airport and arriving in Karachi. Along with the clip, the recently famed digital content creator added screenshots of tweets where Twitter users questioned her as to why she hadn’t been called on Nida Yasir’s show? (The show is famous for having guests from social media).

Defence Day: Pakistan Armed Forces Ranked as the 10th Most Powerful Military in the World